o I have a legal claim against my veterinarian?
You notice some of your cattle have been ill for the pass few days; a few with diarrhea and some standing apart from the herd. You phone your veterinarian to come out. The next morning, your veterinarian arrives, examines part of your herd and he detects that a few have a moderate fever but no other signs. He takes a few blood samples and then tells you that he does not believe that there is anything to worry about, though he wants the results of the blood specimens before he can say for sure, one-way-or-the-other. The next morning, you find three dead, a cow that had aborted and before your veterinarian returns, another dies.  Your veterinarian now suspects acute pasteurellosis. A disease that he heard about in veterinary school but has never encountered in his years of practice.
Not only have you lost four cows and an aborted calf, but auction barns have told you they will not allow any of the surviving herd to be sold in their barns. They just do not want to run the risk of infection. You start to think that your veterinarian made a mistake in not detecting acute pasteurellosis during his first visit and instituting prompt treatment. For the first time you begin to think, malpractice – veterinary malpractice.
Generally, veterinarians, similar to human health care professionals, are held to a professional standard of care that requires that they use the degree of skill and learning ordinarily used in the same or similar circumstances by other veterinarians. A person or entity suing a veterinarian for malpractice has to prove all of the following:
(1) a legal duty owed by the veterinarian to the animal owner, in other words, what is called “a veterinarian-client-patient relationship”;
(2) a breach of that legal duty by the veterinarian;
(3) that breach caused the patient’s injuries; and
(4) the client incurred monetary damages as a result thereof.
The law recognizes that veterinarians, as professionals, must be allowed a wide range in the exercise of their professional judgment and discretion; that veterinary medicine is not an exact science. As long as there is room for an honest difference of opinion among competent veterinarians, a veterinarian who uses his or her best judgment cannot be found to have been negligent, even if it may later be found that he or she was mistaken.
Expert witness: Unless the veterinarian’s mistake would have been glaring to an ordinary lay person (i.e., treating the wrong animal; amputating the wrong leg, etc.), you will need a veterinary expert witness to testify that your veterinarian did not follow the standard of professional care expected of veterinarians generally and as a result of that, your animal(s) were injured or died. Most times, this will require another veterinarian to be the expert witness. Only under very limited circumstances will a court allow a non-veterinarian to testify as an expert witness against a veterinarian.
How long do you have to file a malpractice lawsuit against a veterinarian?  Each state has its own laws governing the time you have to file a lawsuit; what is called a “statute of limitations.” These statutes can vary widely depending on the state and when they are considered to have started running. For instance, in Missouri, generally, the time is five-years from when the veterinarian is alleged to have committed malpractice but, in Arkansas, it is just two years. Consequently, you should be careful in checking your state’s statute of limitations.
Damages: Generally, for veterinary malpractice resulting in injury or death of an agricultural animal, the damages an owner can recover are the difference between the fair market value of the animal immediately before the veterinarian’s negligence as compared to immediately after the negligence. If the animal dies, the fair market value of the animal at the time immediately before the veterinarian’s negligence. For the death of an unborn animal, what the fair market value would have been if it had been born alive. Also, under appropriate circumstances, it might be possible to recover for loss of income from the breeding potential of an animal. Besides the fair market value damages, if you incurred other damages reasonably attributable to the veterinarian’s negligence, you might be able to recover those as well. For example, hiring another veterinarian to correct the first veterinarian’s errors.
Comparative negligence: Even if you establish that a veterinarian committed malpractice, the entire responsibility may not lay at his or her feet. For instance, if a jury were to conclude that you, or some other person or entity, shared in the blame for what happened to your animals, the jury could be allowed to compare and assign fault among all of you. By way of example, if the jury found your total damages were $50,000 and the veterinarian was 70 percent responsible for what happened, a supply company was 10 percent at fault, and you were 20 percent responsible, your award would be reduced by 20 percent from $50,000 to $40,000.
Veterinary licensing boards: Finally, while state veterinary license boards can discipline veterinarians, even revoke their licenses, they cannot award you damages. However, you can file a complaint with your state’s board. The Missouri Veterinary Medicine Board’s complaint form is on its website at http://pr.mo.gov/boards/veterinary/375_0264.pdf.
Gregory M. Dennis is licensed to practice law in Kansas and Missouri. He is Legal Counsel for the Kansas and Missouri veterinary medical associations.  Mr. Dennis is with Kent T. Perry & Co., L.C., in Overland Park, Kansas. 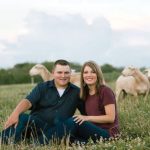