The states of Arkansas and Missouri have been bombarded by heavy rains this spring and many of the rivers and creeks within them have reached flood stage at some point (and some remain at flood levels). While these streams are still at a high level now, at some point in the future the waters will recede, and this may create new problems for landowners. Many property owners have one or more of their property boundary lines as a river or creek, and the beds of these bodies of water can change over time.
The question many landowners ask as the water levels return to normal is whether the change in the location of the stream bed has caused them to either gain or lose land. The answer to this question is the same as the answer to many legal questions, in that it depends on the facts of your particular case.
Both states follow the old common law approach of accretion and avulsion to determine the ultimate impact of the change of a stream bed on the property boundary line. Accretion is the most commonly used of the two terms and is commonly defined as the gradual change in the course of a stream over a substantial period of time. This slow change is the result of the deposit of silt to one bank of the stream so that it slowly adds to the bank. Soil that is acquired through this process actually becomes the property of the landowner where it is deposited and the property lines will shift with the change of the stream bed. The time frame for such a change will usually be measured in months or years and this is a common occurrence found in most streams and rivers.
Avulsion is the other possible outcome as a result of the change in the stream bed. Rather than a gradual change, avulsion is the more sudden and visible loss or addition of soil by the action of water. Floods can and do cause major changes in stream beds as the result of the deposit of debris and silt and may cause a landowner to gain or lose acres of land over the course of a few days. For example, in 1881, a sudden flood of the Mississippi River actually moved the river bed to the point where it caused the Illinois town of Kaskaskia to move from the Illinois bank to the Missouri side of the river, effectively displacing the entire town. In situations such as these when the course of a river is suddenly and visibly changed in such a short time frame the law will generally not recognize the shift in the stream as a shift in the property line. In other words, property that appears to have been either gained or lost because of sudden changes caused by flooding remains in the original owners hands even though the property may be separated from the rest of their property by the stream.
Property disputes have arisen in the past concerning the shift in stream beds and it is up to the landowners to remain observant and document the changes in their boundaries over time. If a dispute arises over a stream bed one should contact their local attorney and be prepared to provide evidence on the course of the stream over the previous couple of decades. A good place to begin gathering information about the changes of your particular stream is by talking to the local Farm Service Agency office which will have satellite photographs of your land.
Rusty W. Rumley is an attorney specializing in Agricultural Law. He was raised on a cow-calf operation in southwestern Oklahoma.

http://www.ozarksfn.com/2008/04/28/ag-law-10/2017-05-10T20:11:53+00:00AdministratorAg-VisorsArkansasThe states of Arkansas and Missouri have been bombarded by heavy rains this spring and many of the rivers and creeks within them have reached flood stage at some point (and some remain at flood levels). While these streams are still at a high level now, at some point...AdministratorAdministrator ofn@ozarksfn.comAdministratorOzarks Farm & Neighbor Newspaper
Arkansas 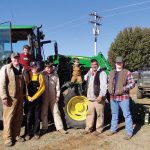 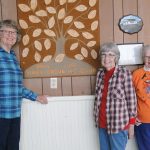 « Breed the Best and Ride the Rest
Arabians and Angus »