Testing for nutrient levels can improve hayfields and pastures

Are your pastures lagging a little lately? Has production in hayfields dropped the last couple of years? It might be time to get to the root of the problem.

Sarah Kenyon, agronomist with the University of Missouri-Extension in Howell County, Mo., said a change in how soil is managed may be in order, and the best way to get started on improving production is with a soil test.

“Soil testing tells farmers what nutrients are lacking so that they can improve production and overall performance,” she said. “It really helps pinpoint the causes of poor production, but it also helps identify areas where they can potentially save money. If they don’t need to add a nutrient; that can be a savings.”

Hay production, Kenyon said, is actually very hard on soil nutrients, so a drop in production would be a sign of problems.

“Hay production mines nutrients,” she said. “Hayfields that have routinely been hayed for a long period of time and not had fertilizer in a few years, or have only had small amounts of fertilizer, have been mined of nutrients.”

“You will need 15 to 20 samples per 20-acer area,” Kenyon explained. “Soil sampling is hard work, and a lot of folks will just want to go out and do two or three core samples and call that good, but that wouldn’t be a good, accurate representation of the field. The more core samples you have, the more accurate it’s going to be. It’s important to avoid sampling around shaded areas, around feed bunks or water troughs. I know it’s hard work, but we’re sending in a little, tiny box that represents a big, big field.”

Sampling in only one area of the farm will not give producers an accurate measurement of the needs of their soil.

“Anytime you have a soil change, where the soil changes color or texture, you will have to treat those differently,” she said. “Also, if the fields have a physical separation between them, they are managed slightly different, even if they are on the same farm.”

Once the lab completes a test, producers will receive the results.

“The report will give a pH value of the soil, then it will also give the different nutrients that are needed in large amounts,” Kenyon explained. “Phosphorus, calcium and magnesium are the most common ones.”

While testing soils in the fall is common, that doesn’t mean farmers should begin applying fertilizer right away.

“With nitrogen, it needs to be put on when a crop is actively growing so that the crop can take it up,” Kenyon explained. “Nitrogen is mobile, meaning if its not taken up, it’s lost. Phosphorus and potassium are stable, so they stay in the soil until the soil takes them out. They can be put down anytime of year.”

Fall is a great time to work on soil acidity.

“If you need to add limestone, fall and winter is the best time,” she said. “The freezing and thawing of the soil helps crush the limestone and incorporate that limestone so it neutralizes in the soil.”

In the Ozarks, soils tend to be a little more acidic, so adjusting the pH will help improve forage root health.

For those producers who opt to exclusively utilize manure or chicken litter as fertilizer, they may be missing some key soil nutrients.

“Manure is good fertilizer and typically has high levels of nitrogen and phosphorus and can really help a field that is deficient in those areas quickly, but sometimes we see deficiencies in crops that require a higher potassium; alfalfa and Bermudagrass for example. We actually recommend a test be taken of the manure material, just to get a ballpark value of the nutrients.”

http://www.ozarksfn.com/2017/09/20/testing-soils/2017-09-20T14:50:53-05:00Julie Turner-CrawfordFarm Helphayfields,Missouri,nutrient,pastures,production,soil,testingTesting for nutrient levels can improve hayfields and pastures Are your pastures lagging a little lately? Has production in hayfields dropped the last couple of years? It might be time to get to the root of the problem. Sarah Kenyon, agronomist with the University of Missouri-Extension in Howell County, Mo., said...Julie Turner-CrawfordJulie Turner-Crawfordjulie@ozarksfn.comAdministratorOzarks Farm & Neighbor Newspaper
hayfields, Missouri, nutrient, pastures, production, soil, testing 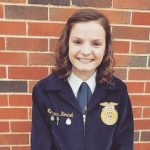 « A Young Cattleman Gives it His All
Is Fall Calving Right for Your Herd? »