What’s In A Name?

Can you fill in the blanks? ____, it’s what’s for dinner. Runs like a ____. Got ____? Your mind probably filled those in automatically while you read. Why? They are short, to the point, easily recognizable and define the product, making them highly successful marketing slogans. They are a large part of what makes those specific brand and products memorable to the consumer, and therefore, profitable to the owner and producer.

While it isn’t necessary for every producer to come up with their own slogan, marketing does play a significant role in sales growth. How you market your product can differentiate it from other similar products in your field, thereby hopefully boosting your bottom line. So, how can we do this?

One method is through genetics. A cattle herd’s genetics will drive what kind of calves are produced – from color to feed efficiencies to milk production to temperament. A herd manager can use his genetic pool to cater to specific consumer wants and needs. For instance, the Angus Association has done a fantastic job marketing its breed to the end consumer, driving demand on the producer side for black calves. The fast growth potential of other breeds, such as Charolais, has led to the creation of “smoky” calves, in which the producer can achieve the perceived quality of the Angus beef with the higher growth potential of the Charolais.

What about agricultural products that are not so easily distinguished? Many don’t see the difference between one corn seed and another. This is where utilizing different growing techniques – no till, organic, irrigation, herbicide resistant – can be used to distinguish your product. Does the local grain dealer prefer Monsanto over Pioneer products? Does your broker have a particular market which you can tailor your product to?

Probably the best marketing tool a producer has is reputation. What kind of grower are they? Do they reinvest back into their production, or just do enough to slide by? Do they take care of their equipment? Do they honor promises to pay bills? What do their employees, neighbors, business partners have to say about them? Are they honest? Do their animals appear healthy? In our industry, we are all tied together, from the cattle producer to the grain farmer to the banker to the equipment dealer to the farm store and beyond. A person’s reputation is fragile and can mean the difference between making or breaking it, especially in the small world of agriculture.

http://www.ozarksfn.com/2017/10/16/whats-in-a-name-2/2017-10-11T14:49:02+00:00Jessica AllanAg-Visorsagriculture,Cattle,genetics,Jessica Allan,marketing,product,sales,slogansCan you fill in the blanks? ____, it’s what’s for dinner. Runs like a ____. Got ____? Your mind probably filled those in automatically while you read. Why? They are short, to the point, easily recognizable and define the product, making them highly successful marketing slogans. They are a...Jessica Allan jallan@ozarksfn.comAuthorOzarks Farm & Neighbor Newspaper 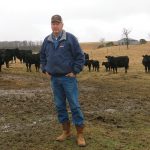 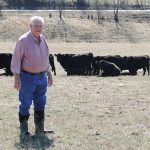 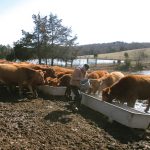 It’s About the Bottom Line