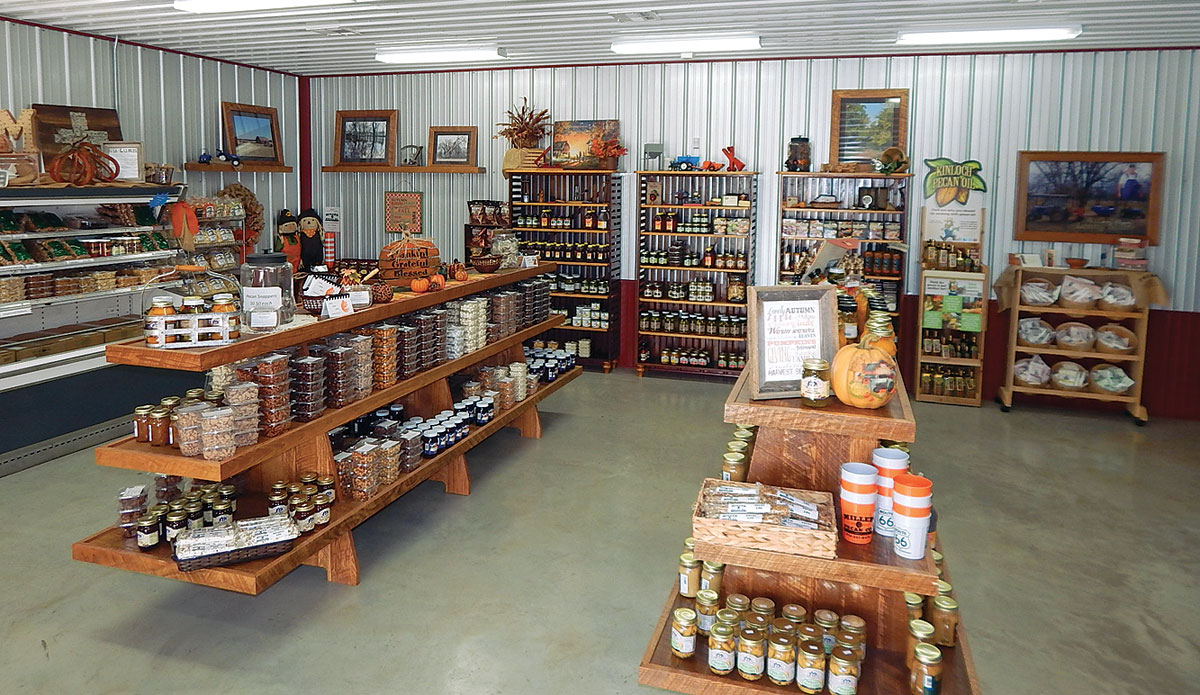 What started out as a job loss sprouted into a family enterprise with a long-term vision.

When BF Goodrich, manufacturer of heavy duty tires, shut its doors in 1986, over a 1,000 people were out of work. Len Miller was one of those people and this meant finding something to fill the void.

Len started harvesting pecans for extra cash and in 1988 bought his first pecan harvester. Soon he was joined by two of his three sons, Justin and Jared, in the pecan harvesting venture. The purchase of a pecan cleaning facility near Chetopa, Kan., paved the way for Miller Pecan Company to become a reality.

But with family and pecan groves in Oklahoma, it made more sense to move operations to Miami where they built new facilities for custom cleaning in 2006, selling the Kansas operation.

The men continued to acquire and clean acres of river bottom land, which pecans prefer, moving towards what they hoped would be a sustainable future for their family. The Miller’s now own 1,000 acres of their own pecan groves, some with trees nearly 160 years old.

“This isn’t a crop that yields a quick return but more like a 401K,” Jared Miller said.

They became well-versed in different varieties of pecans: from the Jayhawks, an early producer, to the native pecans that yield their smaller nut about mid-November. Grafting allows them to customize their groves for almost any variety of pecan the industry demands.

Sadly, in 2010, Len died in a harvesting accident and would not see his son’s vision for their pecan endeavor: from planting and harvesting to product sales with the construction of a new shelling facility and retail store in 2014 located north of Afton on Highway 69 near the I-44 Afton exit. All under the Miller name, carrying on Len’s legacy.

“It’s scary when you are starting out from scratch…buying all new equipment and with all the new Food Safety regulations, you can’t just buy used equipment,” Jared states.

Originally the new facility was to shell their own pecans but that first year they doubled what they could produce, now they are processing six to seven times that. Because of high local demand, they purchase from local growers and individuals who walk-in with bags of pecans. They do not process pecans from groves where cattle graze to avoid cross-contamination.

The retail store front was an opportunity to not only share their homegrown pecans but to showcase the diversity of pecans beyond roasting or pecan pie.

One such product is 100 percent virgin pecan oil for an assortment of cooking applications. They often sell their pecans to companies who make candy and end up selling those products back in their retail store.

Not all the products are from the Miller’s pecan groves, several are from Oklahoma and other pecan producing states like Louisiana, New Mexico or Georgia. They expanded their down-home selections with honey, jams and other products reminiscent of Grandma’s kitchen.

“It is exciting times for the pecan industry which just passed a federal marketing order, like the beef industry, there is a pecan check-off that funds more research and marketing,” Jared explains.

Pecans are joining the list of nutritious natural foods grown in the United States. According to an article by Dr. Edward Group; pecans beat out most other nuts for their antioxidant value. Pecans deliver more oleic acid than olive oil, contain 90 percent unsaturated (heart-healthy) fats, are low sodium, cholesterol free, contain essential vitamins and minerals, and have important alpha and gamma-tocopherol forms of vitamin E.

Pecans can be stored in the shell in cold storage up to seven years. However, once out of the freezer, they need to use them with a week or so. Fresh bagged pecans shelf life is about three months.

“People think that pecans should last a long time in the cupboard,” Jared said. “Like any other produce, they are full of oil and will eventually go bad.”

The biggest challenge for pecan producers is the pecan weevil, which is the only insect that can leave a residual worm in the pecans.

Stink bugs are insects that they battle in the field. They bite the pecans leaving a dark spot, causing a bitter taste, nevertheless, their equipment can split off damaged halves, salvaging the good portion.

Another issue is too much rain, resulting in scab or fungus. They spray with fungicide May through July but ground rigs cannot spray native trees that can exceed 100 feet in height. They utilize planes to spray complete groves for efficiency. Because of the thick husk and hard shell there are no traceable pesticides in the meat and spraying is never done after shuck split.

According to Justin, their favorite producer in resilience and production is the Major, which comes from Kentucky. These trees produce nice meats and survived the ice storm of 2007.

They fire up processing mid-October, utilizing infrared eye machines with the latest technology to catch discolored meats and shells after the pecans have been cracked, shaken and sized. The facility is capable of processing nearly 4 million pounds but they are taking it slow, averaging half million pounds more each year.

When in full operation they employ up to 15 people at the shelling facility and bring in the holiday season with delicious gift packages and homemade fudge made by Justin’s wife, Carrie. 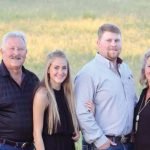 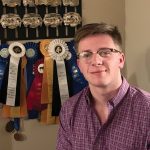 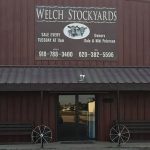