Growing Her Own Herd 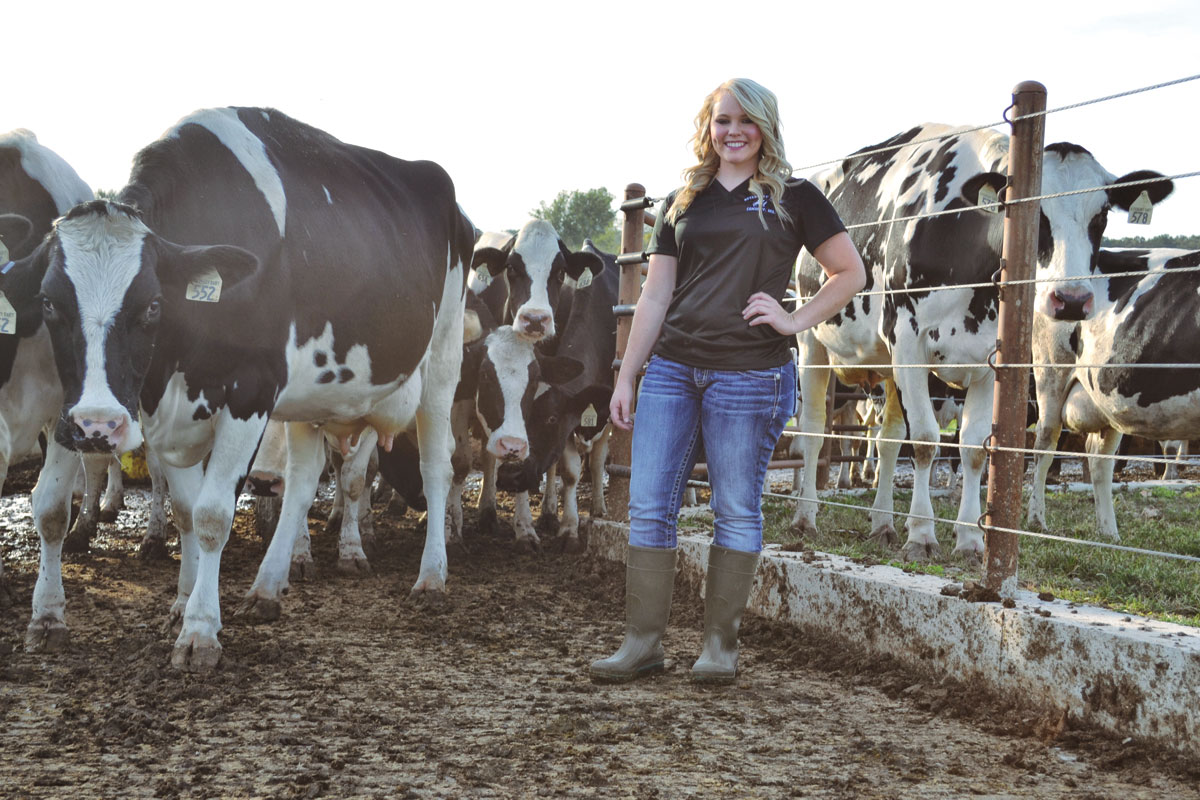 As a busy Ozarks Technical College sophomore, commuting to Springfield from her home in Conway, Mo., three days a week, Ashton Atteberry, a 2016 Conway High School graduate, is also an agricultural businesswoman, running her own dairy operation since the age of 13.

That interest in the dairy industry earned her a nomination for a national FFA award.

Each year, the National FFA Assocaition chooses four finalists in each of 47 proficiency program areas and Ashton was one of the finalists for the National FFA Proficiency Award in Dairy Production-Entrepreneurship. In order to be considered a state finalist, Ashton had to first win at the state level, which she did at the 89th annual Missouri FFA Convention in April 2017.

“All big dairy states,” Ashton said. “This is all based on an SAE (Supervised Agriculture Experience) FFA project that I started when I was in the eighth grade. I got a loan through USDA to buy my first five cows. It was a USDA youth loan for a first time farmer,” Ashton said.

What made her particular project unique is that she did not inherit the cattle or have them given to her, but rather she made a business plan to purchase them herself.

“We did not co-sign for her. She did this completely on her own,” her mother. Sheri Atteberry added.

In March 2016, Ashton increased her dairy herd to 30, most of which are registered Holsteins, with a bank loan.“I’ve grown up on a dairy farm all my life and I love it. I enjoy getting out every day, taking care of the cows and calves. It is so exciting to go out and see a new baby on the ground. I commute to school three days a week so with working on the farm it’s a lot, but the farm comes first. I work around my college classes, just like I did in high school. It’s hard work, being up at 3 a.m., milking twice a day and keeping up with the health of the cows and their general care. The worst part is when you lose one, a cow or a calf.”

The requirements for this particular award include outstanding student achievement in agribusiness through the establishment of a new business, working for an existing company or other hands- on career experience.

“My FFA advisor is Mary Ann Keck and she helped me with the application process. First, I had to go through and win in the area and then I had to do an extended application for the state competition, where I also won first place which qualified me for nationals. For nationals, I had to complete an extensive application that included all the details of the complete SAE project. All 50 states can send finalists from any of the different proficiency areas.”

“I feel like it is such an honor to be able to make it to nationals, to be chosen for this,” Ashton said.

Ashton attended the convention and was able to meet with the other national finalist.

Ashton also received her American FFA Degree at the convention, which is the highest degree an FFA member can obtain.

As for the future, Ashton wants to come home, back to her family’s 200-acre dairy farm, where she lives with her parents, Jeff and Sheri Atteberry and her sister, Lexi.

“I’d like to extend the dairy herd which is about 100 cows right now and take over and continue what my dad started.”

« Cattlemen’s Seedstock Directory
Going All In »