Not Just For Registered Herds

Genomic testing can increase performance in the future for commercial herds

From parentage verification to predicting performance traits, the use of genomics has benefits for registered and commercial cattlemen alike.

Genomics is the study of an entire set of genes in an animal, as opposed to genetics, which typically involves examining one single gene. The goal of genomics is to study all genes, identify how they interact and, in turn, how that affects development of the animal.

By investing in genomics, producers can receive performance data that can help predict future profitability. Genomics gives farmers a look into 50,000 different traits that can be analyzed and provide a wealth of information, said Dennis Avery, embryologist and owner of DNA Genetics in Kansas, Okla.

“Genomics has completely opened up the playing field to so many different breeding options,” Avery said.

Chris Sweat, a registered and commercial cattleman from Hope, Ark., echoed this and said that his operation gets genomic tests for all of the bulls it sells and/or markets semen from.

“We also do DNA testing for hair color to see if they’re homozygous black or polled,” Sweat said. “Those are the main traits that have been important to our bull buyers.”

While the use of genome technology originated within registered breed organizations, there is nothing hindering commercial cattlemen from also taking advantage of genomics. Genomic testing provides information about an animal’s genetic makeup that can help producers make breeding and cattle selection decisions.

Sweat said if farmers want to keep beef in the center of the plate, they have to produce a high-quality product. Not only is an excellent product demanded, he said, but the quantity demanded is rising simultaneously with population. So, farmers are working to grow more product with less resources.

“I think by using genomic testing we can find the animals that are good producers and will have good growth,” Sweat said.

Genomics have become such a norm in the registered cattle sector that it almost seems abnormal to not get cattle tested, Avery said. But for commercial cattlemen it is a little more situational and is seen mostly in large scale operations.

On average, DNA tests for commercial cattle cost from $20 to $50. This may seem like a hefty price, but it is only a small percentage of the long-term costs for a cow or bull that will remain in the herd long-term.

With the long-term investment in mind, determining whether or not to budget for genomic testing is still situational. Producers can reap many benefits by making breeding decisions that are backed by genomic data, but if the yields don’t outweigh the expenses then it’s not cost-effective. Sweat suggested evaluating the pros and cons just like a farmer would with any other major purchase.

“If you can pencil it in and see that it will pay for itself in the long run, then yes, you need to take advantage of it,” Sweat said.

Avery also said sometimes genomic testing is only feasible for large-scale commercial producers who have hundreds or even thousands of cows.

There are many routes for a producer who wants to pursue genomic testing within their herd. Companies such as Zoetis, Igenity and GeneSeek offer multiple options for commercial cattle testing.

One of the easiest ways for commercial cattlemen to put their foot in the door of genomics is to research and purchase a tested bull, Sweat said. If producers want to involve genomics on both sides of the equation, they could test their heifers each year.

“If you have 100 cows, and you’re keeping 20 replacement heifers every year, instead of going out and genetically testing all 100 cows, just do your heifers. Then, in five years, you’ll have genomic data on basically your whole herd,” Sweat said.

At the end of the day, genomic testing is just another valuable instrument. As with any others, there are pros and cons, but there is definitely a place for genomics in the commercial cattle sector. Avery and Sweat both said to keep things in perspective and to never let tools such as genomic data outrun common sense.

“You don’t want to go out and start selecting your cattle based strictly on a tool and disregard some common sense things like feet, legs and structural correctness,” Sweat said. “It’s a tool and it should be used as a tool.” 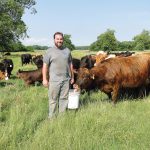 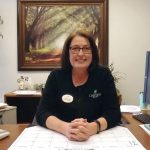