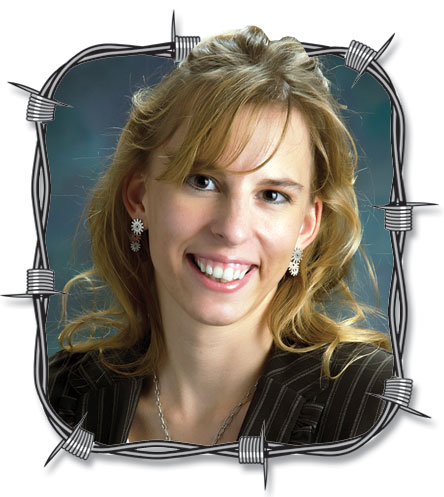 Recently, I had the privilege to judge high school agricultural students in the prepared speech contest at Crowder College’s Aggie Day.

These students are passionate about their industries and are agriculture’s future. But, there was one matter that I, as an agriculture lender, noticed. That was the lack of information these students had in how they could put their ideas to use in today’s financial environment. As I have advanced in my lending career, I have realized through listening to my various clients of all ages and backgrounds that there is a generational gap in how the lending process is viewed.

Thirty years ago, Joe Smith could let Mr. Banker know that he was purchasing a pot load of steers over the weekend, and Mr. Banker would tell him to write the check and they would sign loan documents on Monday. Today, this is a very rare scenario. The lender needs tax returns, financial statements, collateral evaluations, etc. in order to make a decision (a good reason to keep updated records with your lender). To those of my generation and younger, that is normal practice. Those lending policies and governmental regulations were put in place before most of us even started thinking of borrowing money.

However, that is not the biggest difference I have seen between generations lately. On Dec. 15, 2015, the Federal Reserve decided that after seven years, it was time to start adjusting prime rates again. The prime rate has crept up from 3.25 percent to 4.50 percent in the two years since that decision. The younger generation sees the changes and cannot seem to grasp why they cannot get the same low rates they were able to get three or four years ago. More experienced borrowers just shrug their shoulders with the knowledge that this was inevitable as the economy began to grow again.

Prior to Dec. 16, 2008, when the Federal Reserve set prime at 3.25 percent, it was not unusual for the prime rate to change multiple times a year. In 2008, before prime became stagnant at year end, prime rate changed seven times (we started out 2008 with a prime rate of 7.25 percent). During the farm crisis in 1980, prime rate changed 38 times, fluctuating from 15.25 percent in January to 11 percent in July to the record high of 21.50 percent in December. There were 110 changes to prime in the 1980s, 26 changes in the 1990s and 43 changes in the 2000s. A changing rate environment is nothing new; rather the stagnant rate environment we have been under since 2008 is what is abnormal.

As the economy continues to grow, the Federal Reserve appears to be getting us back to a more normal rate environment in which prime rate changes with our economic growth rate. It’s times like these in which we need to work with our lenders to evaluate which rate scenario works best with our farms’ goals: a fixed rate which won’t change without redoing the loan if rates go down or a variable rate which runs the risk of your rate increasing but also provides the chance your rate can decrease if rates go down. An honest discussion with your lender can help you in that decision. After all, your lender is only successful insomuch as you are successful.

Jessica Allan is an agricultural lender at Hometown Bank in Neosho, MO. A resident of Jasper County, she also is involved in raising cattle on her family’s farm in Newton County and is an active alumni of the Crowder College Aggie Club.

http://www.ozarksfn.com/2018/04/02/lending-differences/2018-04-02T00:00:16-05:00Jessica AllanAg-VisorsAggie Day,agriculture,Crowder College,Jessica Allan,Lender,lending differencesRecently, I had the privilege to judge high school agricultural students in the prepared speech contest at Crowder College’s Aggie Day. These students are passionate about their industries and are agriculture’s future. But, there was one matter that I, as an agriculture lender, noticed. That was the lack of information...Jessica Allan jallan@ozarksfn.comAuthorOzarks Farm & Neighbor Newspaper

Agriculture: A Leader in Efficiency