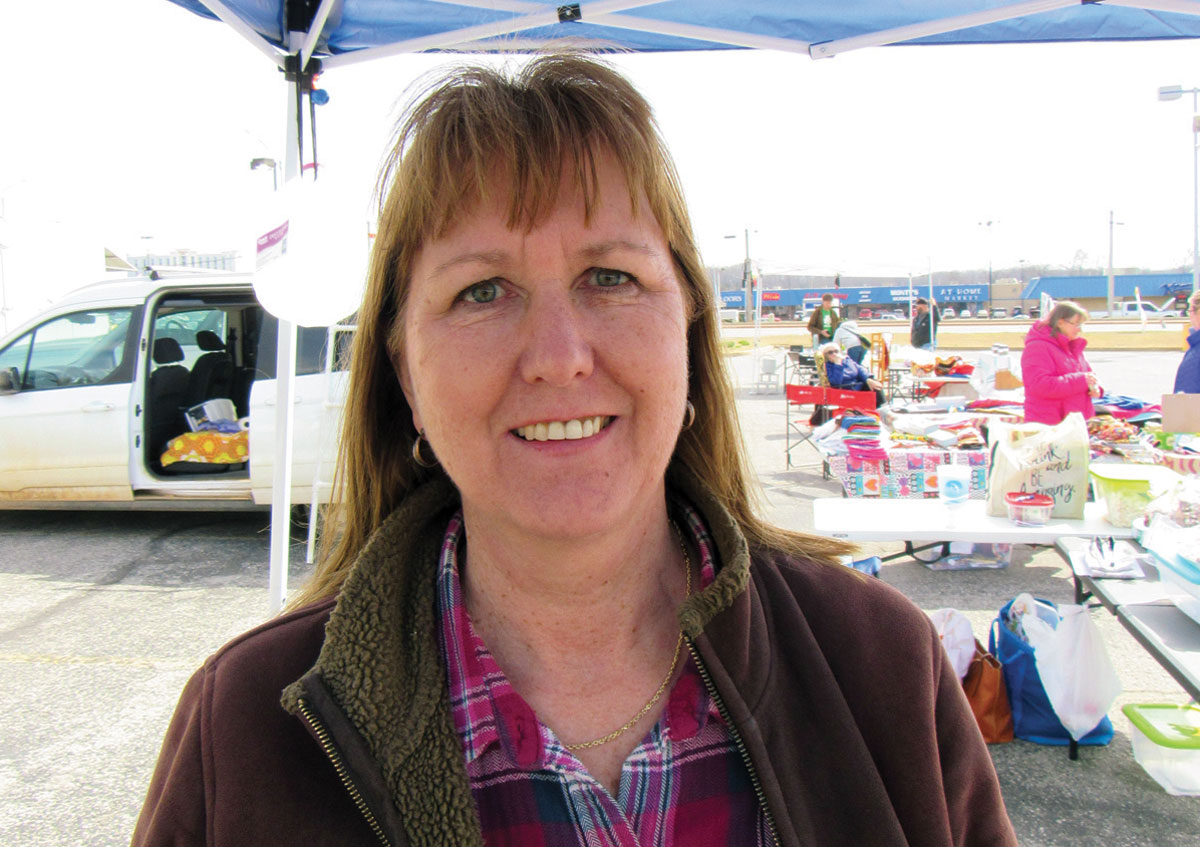 History: Originally from Washington state, Patrice and Craig Jennings were craving sunshine and a rural setting that would enable them to try producing their food self-sustainably. They settled at Three Oaks Farm outside of West Plains, Mo., in Howell County in November 2009. They knew they wanted to farm, but were not sure how to get started, so they signed up for a course at Missouri State University-West Plains.

“We set a goal to get Ozarkians back to farming. West Plains used to be the feeder pig capital of the world. Now it’s a food desert,” Patrice said. “The (farmer’s) market started last May to pull us out of the food desert and support our own population.”

Ozark Farmers Agriculture Co-op, was their way to educate the community about self-sustainable food production, and when 35 and more participants signed up, they realized many other farmers were interested in the same goal.

Long before the farmer’s market, the Jennings began a horticulture operation at their farm where they started a hydroponics operation and a pick-your-own blackberry business.

Products: The summertime has always been the most profitable time of year, because that’s when they sell 5,000 to 6,000 pounds of their Natchez thornless variety blackberries to their pick-your-own customers.

“We stumbled into this cultural, nostalgic thing,” Craig said. “A lot of people have told us summer doesn’t start around here until you eat a blackberry cobbler. You can give a pint of blood and a day’s work to pick a basket of wild berries, or you can come here and pick a gallons in 10 minutes. We hit a niche. I don’t think we’d have as much success anywhere else.”

Their hydroponic set-up enabled them to grow and sell vegetables all winter.

“We have been picking tomatoes for seven months,” Craig said.

Their high tunnel has been outfitted with hydroponic systems and a forced-air wood heat stove. They decided to build a second high tunnel to expand their hydroponic crops because they believe there is an increase in demand for local and nutritious food.

Mission: They recently organized a conference in West Plains called Bring Back the American Small Farm, which featured workshops with Joel Salatin and John Arbuckle. Their goal was to highlight local food production models.

“Part of (our) mission is to educate farmers, so we just did it,” Patrice said.

« Small Ruminant Nutrition
Building From the Ground Up »