All Part of the Plan 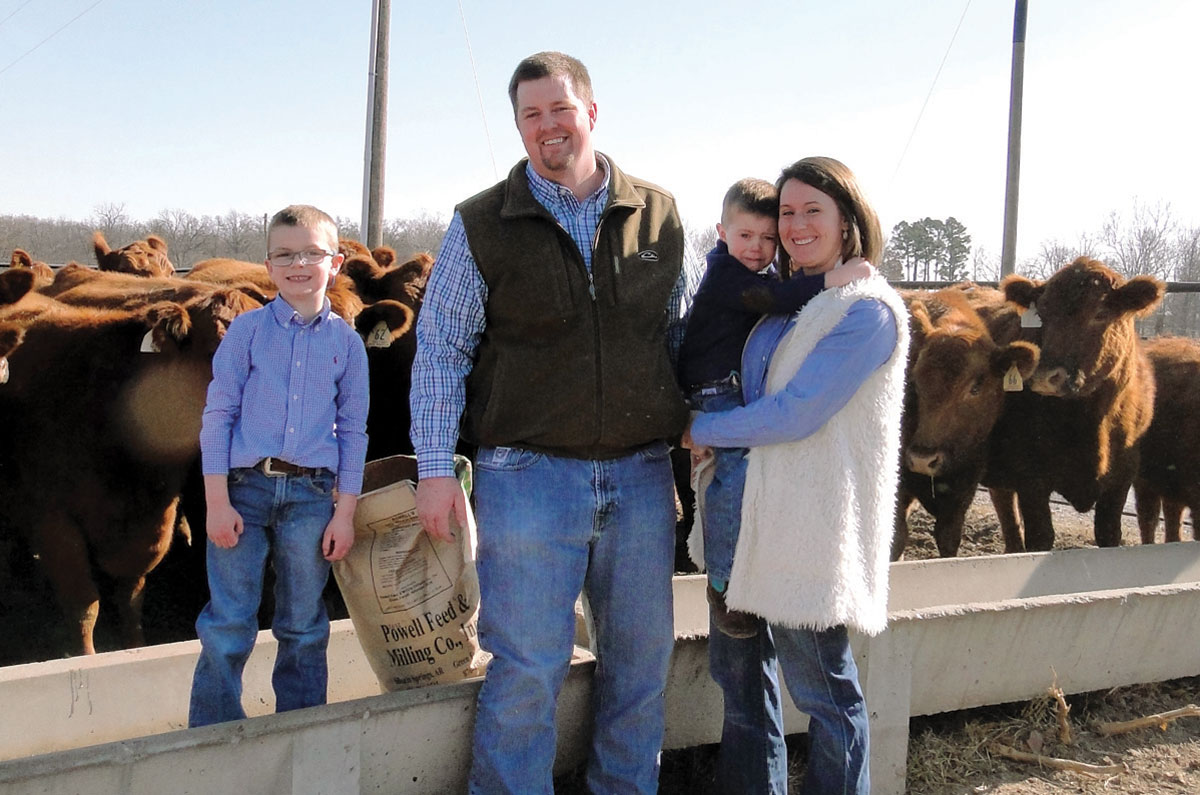 Darrell Armstrong is the third generation in the tire business and when his son Derek was headed off to college, Derek’s mother Jeanie told him he could do anything he wanted, except the tire business.

Derek attended Crowder College in Neosho, Mo., and then graduated from Arkansas Tech with a business degree. He played baseball through college and during his senior year he interned with Tyson.

While home on a break during his senior year, he ran into a local banking executive and while discussing baseball, the executive asked if he was interested in a banking career. Nearly 12 years later, Derek is senior vice president of agricultural lending for Legacy National Bank in Springdale, Ark.

Another generations long tradition in the Armstrong family is raising cattle. Derek and Darrell work together managing a registered Red Angus operation.

“It’s fun working together, but sometimes he zigs when I zag,” Derek said with a smile.

Darrell stepped in and said, “Fortunately, we always end up at the same place.”

Darrell credits his father who taught him about work ethic, a trait he instilled in his children. Darrell switched from Hereford to Red Angus in 2000 due to their calm disposition, solid color face, heat tolerance and mothering ability. As proof, the Armstrongs cite cows that will nurse multiple calves and are calm enough to allow easy ear tagging and weighing after birth, steps that are critical for a registered operation.

“They have even licked my ear while I work on their newborns,” Derek said.

The Armstrong’s operation focuses on selling bulls to commercial breeders, but they do sell some heifers.

Derek and Darrell’s standards are high, resulting in culling roughly 50 percent of their bull calves. The bulls are developed at home until yearlings. Then the top 25 percent are sent to the Red Alliance bull test, which extensively test data such as average daily gain, weight per day of age, and carcass data scans. Those qualifying for the program are sold in their annual sale. This allows the very best bulls the opportunity to capture premium prices.

“The future of our herd is improving the females based on performance,” Derek said. “Our customers get paid by the pound, so we need to produce bulls that have a higher probability of siring calves that weigh more at weaning.”

The Armstrongs utalize AI and synchronized breeding cycles. Last year, 84 percent of the cows and 100 percent of the heifers came into heat as planned. AI conception rates range from 65 to 75 percent, with one natural service bull to complete the breeding process. That bull was bought according to his genetics, EPDs and performance in comparison to that of his contemporaries.

The Armstrongs also prefer fall calving because the calves have time to develop before facing cold winter weather and because bulls are then 18 months old when sold at the Red Alliance sale.

Culling criteria for animals is strict and improving. They are culled first by soundness and temperament, then by performance, which includes weaning and yearling weights.

“I believe one of the most important technological advances has been in the availability of quick access to information on genetics and performance. EPDs and other data help, but actual performance provides the best standard,” Derek explained.

Armstrong Red Angus has experimented with flushing embryos in their top two proven cows and implanting the embryos in commercial cows. The results convinced Derek and it was the beginning step in a successful ET program and developing a premium recipient cow herd.

Through the years, Darrell’s role has shifted. Kelsey, Derek’s wife, who is a kindergarten teacher in Springdale, is considered by Darrell to be their best herdsman. Consequently, Darrell often manages his two grandsons, Ayden (6) and Tate (4), so Kelsey and Derek can work the herd.

“Kelsey is the daughter of a respected local cattleman and knows how to handle cattle.,” Derek said.

Kelsey is no stranger to hard work either and is a National Board Certified Teacher.

“Our agricultural life is a small business, not a hobby,” Derek said. “It is part of our long-term financial goals towards retirement, but it is work that can involve time spent with my family. We are busy people, but ‘working’ by checking cows with my sons and wife can be the most rewarding ‘work’ I do.”

Derek also said that his father never pressured him into following his passions, and he follows that same example with his sons.

“My dad played college football, I chose baseball,” Derek said. “While our boys enjoy being around the farm, hunting, fishing, and are showing an interest in athletics, we do not want to pressure them into following our passions. They will be free to pursue whatever they desire.”