Small Steps Toward a Goal 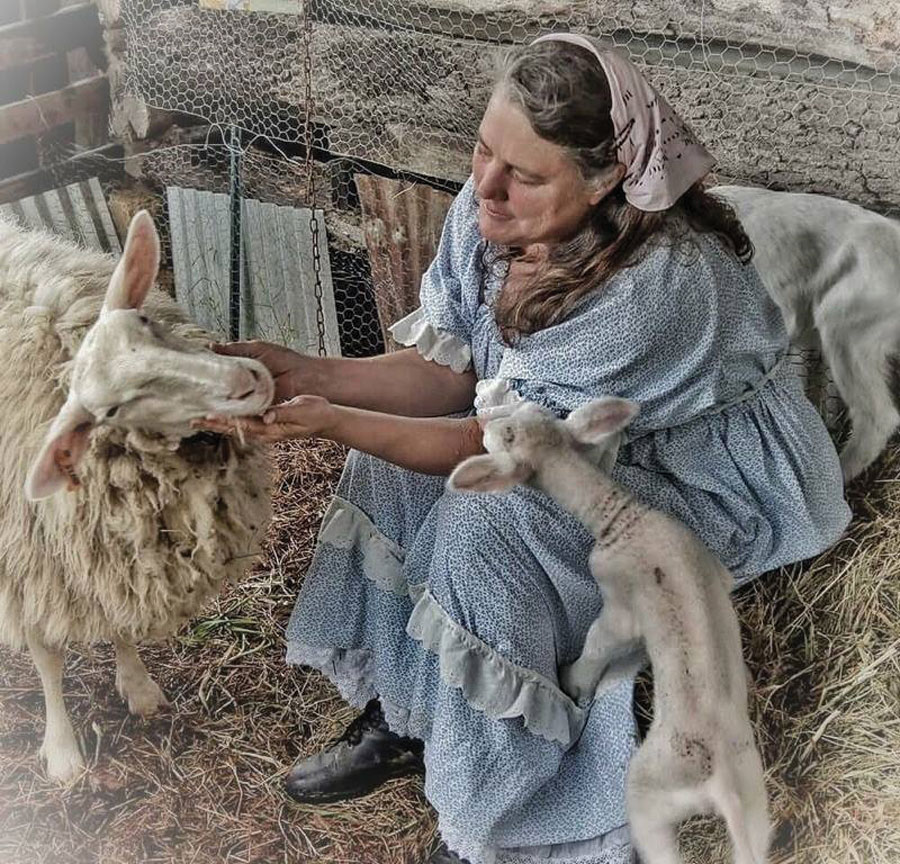 After retiring from the military, Jan Farmer began Willowbrook Farms

For Jan Farmer, owner of Willowbrook Farms just outside of Searcy, Ark., getting a farm up and running is very challenging, no matter the size.

After retiring from the military in 2006, Jan and her husband Stan began looking for that perfect place to call home and start a small farm operation.

The search came to fruition with the purchase of a small tract of land just south of Searcy that had a homestead that was built around 1917 and as part of a larger farm “back in the day,” it had a dairy on it.

So, with the land purchased, Jan started building her dream, Willowbrook Farm. They rent and own about 10 acres. Stan is a flight simulator instructor in North Little Rock, Ark., and Jan gives much of the credit for her farm to her husband.

After years of planning and research, including taking trips to farms in Alabama, Missouri, Tennessee and other states, Jan decided to start with a small herd of sheep and small poultry flock and grow from there. Sheep were chosen because of their disposition, as well as the quality of the meat and milk they produced.

“You might get a high percentage because of imports being allowed, then not allowed, then allowed years ago,” she explained. “I just call them my dairy sheep.”

Milk production in sheep is close to that seen in dairy goats, Jan explained, and she averages about a gallon a day per sheep, with some giving more and others giving less. However, sheep lactation cycles are not as long as that of a goat.

“It’s about four months,” Jan said. “Right after freshining, you get the best milk, then after about a month and a half if begins to drop off.

“They might not all be high producers, but when you look at the long-term and their production in their lifetime, they actually give more milk.”

Jan’s lambing season is typically January and February. Lambs nurse for about eight weeks, then are weaned. After weaning, Jan milks her ewes until their production levels drop.

She is currently milking eight head of sheep, which is much lower than her typical milking flock because of a non-performing ram that left about two-third of her flock open.

She currently has about 25 head total, including yearling ewes that will soon be bred.

It has been an ongoing process of taking small steps to grow Willowbrook Farm, and often, the steps were not all forward.

“It has been a slow building process,” said Jan. “One step forward, two steps back, but you just have to keep plugging ahead. This is what I wanted to do when I retired, so I have to keep moving forward.”

Raising sheep was a natural choice for Jan because she is an avid crocheter. She does have her wool washed and spun, however wool is secondary for Jan, the two main products are milk and meat.

“A lot of people are not aware of the benefits of sheep’s milk,” Jan said. “It is very high in protein, good fats and is loaded with calcium, iron and many other vitamins. It is way ahead of cow and goat’s milk. Same thing for the meat, it is loaded with high-quality protein, it is also an outstanding source of many vitamins and minerals. It is very good for you.”

The focus of Willowbrook Farms is dairy products, but the meat market is also an important part of the operation.

Like any other dairy, operating a sheep diary is not cheap, and is subject to the same health regulations as other dairies. It takes a good bit of equipment to process milk properly, and finding the right equipment at the right price has been a major challenge for Jan.

“I had to create this whole facility for my milk… I certainly could not afford new equipment,” Jan explained. “So I spent a lot of time on line searching for good used equipment. Trouble is, that can be a hit and miss deal, so you really must be careful. The milking barn is complete, and I have the equipment, so I’m excited about that. Currently, I am licensed to sell raw milk to a commercial cheesery for aging raw milk cheeses or to an ice creamery who has a pastuerizer to make ice cream.”

Her next step will be bottling her own milk. Jan said she has all of the equipment, but has a few more “hoops” to jump through. Once she begins bottling her milk, Jan said she will be the only bottler in the state of Arkansas.

She recently took her first batch of artesian cheese to the farmers market in Searcy and the response was tremendous.

In addition to the sheep, Jan keeps a flock of free range chickens, turkeys, and geese. The chickens provide fresh eggs for the family and a handful of locals, while the turkeys and geese are more for special order holiday dinner tables. Willowbrook Farm products are promoted and marketed on Facebook, the local farmers market, and participation in the annual Pioneer Village Open House sponsored by the White County Historical Society.

The fund does not give the grants directly to veterans but to third-party vendors for items the veteran has identified will make a crucial difference in the launch of their farm business. Awards range from $1,000 to $5,000, and more than $1.5 million has been awarded to veterans since 2011.

« A Diversified Life in Agriculture
When is the Right Time to Wean? »