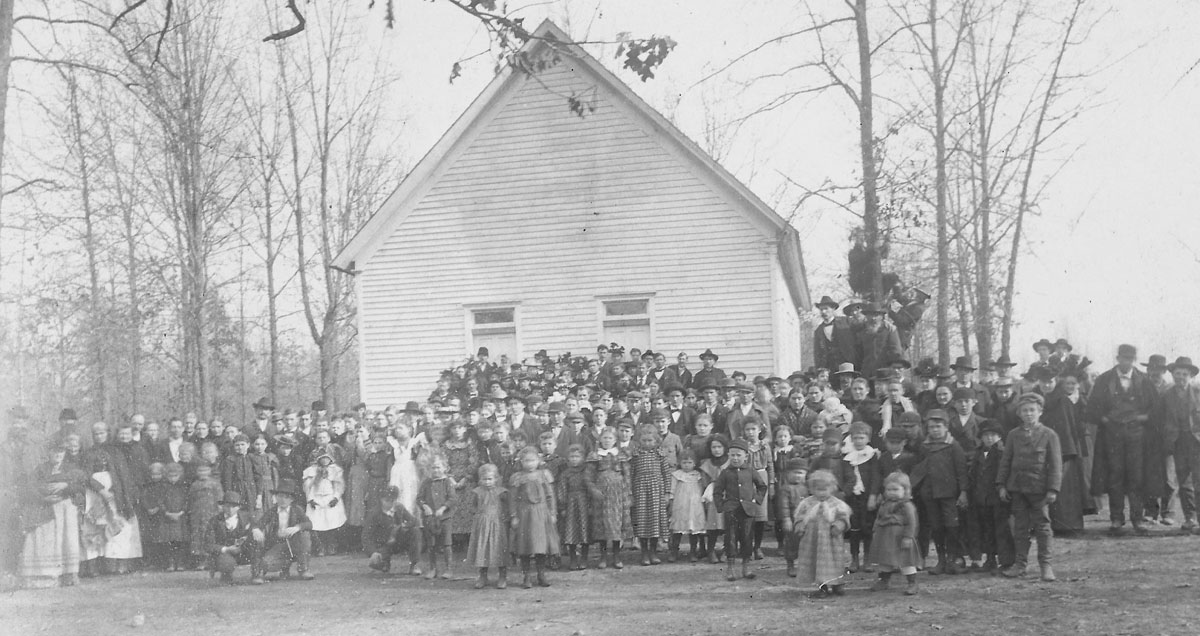 The recent 125th anniversary of Elm Grove Church, a small United Methodist church in northeast Christian County, was cause for celebration and reflection on the history of this corner of the Ozarks once known as the Roller District and later the Elm Grove District.

In the last few decades of the 1800s, the Roller School House, Roller Cemetery and Elm Grove Church were where homesteaders gathered to educate their children, worship, court, barter, trade and bury their dead. Separated by thick forest with few roads, families in this area north of Sparta and the Finley River east of Highway 125 looked to the school and church for a sense of community. Settlers also traded at the Linden Mill on the Finley River and the Wattsville store and post office near the Greene and Webster county line.

A priority for settlers was to establish a school, and the Roller School House was one of those early ones, serving the area between Pedelo on the east and Parchcorn on the west. Carl Wilkerson, a long-time member of Elm Grove Church, wrote in the Winter 1989-90 Christian County Historian, “In the early days a log school known as the Roller School was built on the north side of what is now ‘U’ highway. Later, in 1874, a frame school building known as Elm Grove School was built just across ‘U Highway from the Elm Grove Church.” The original location of the school was 1 1/2 miles west of the church where a trailer park is now located. The site of the rebuilt school is now a tree-shaded vacant lot.

In surviving contracts and minutes for Subdistrict No. 5, Township No. 27, Range No. 20 Christian County, Carl reported, “In 1872, John C. Rogers contracted to teach a four-month school term, beginning on 12 August, for thirty dollars a month.”

He continued, “Surviving daily attendance records indicate that for the years 1889 through 1891 an average school term consisted of two months in the fall and two months in the spring. The attendance records are divided into two groups, girls and boys, with forty-nine pupils in each group. Since there was only one teacher and the capacity of the small school building was about fifty pupils, this must have been a crowded situation.”

In 1993 at the time of Elm Grove Church’s 100th anniversary, Carl wrote, “There were no roads. Each family had a trail from their house through the timber to the school. There were no fences. There was one blazed road from Lindenlure straight northeast to Rogersville. It came right behind where the church is now and up the hollow to Rogersville.”

“My grandmother, Nancy E. Wilkerson, and some of the brethren of the community decided they would like to have a church in that area. Nancy … said she would donate an acre of ground for the church. The whole hill was covered with elm and a few oak timber. A few of the oak trees are still standing. While they were clearing the ground, one of the brethren said, ‘This sure is a grove of elm.’ Another said, ‘It sure is an elm grove all right. That would be a good name for the church.’ So it still stands today as Elm Grove Church.”

Carl continued, “You understand, there were still no roads, it was just all land and timber with the church sitting in the middle with the exception of the one road to Rogersville. When they built the church, it faced the west so as to face the road. A short time later, the county put a road on the section line. That was the road on the south side and the one toward the north.

“After the roads were built, they decided to make the back side of the church the front. So they cut a big door in the east end to make the front in the east instead of the west. There were wooden steps for the front porch. That’s the way I remember it.”

According to Carl, Elm Grove was one of four churches in a circuit covered by a traveling preacher who started at Rogersville the first Sunday of the month, followed by Wilkerson Chapel, Crescent Chapel and Elm Grove. The circuit changed through the years, with churches combining and new ones such as Cassidy added.

Carl compiled a list of some 34 Elm Grove pastors, ending with Pastor Todd Staples, who retires this summer after 25 years. Pastor Anderson Green served through most of the 1920s. “He lived at Henderson and drove a horse and buggy to church. I can remember that the donations were very small but the brethren of the community would bring chickens, cream, butter, eggs and garden produce to load his buggy for his provisions for the next week,” Carl wrote.

On June 19, 1914, he mentions a class meeting at Pleasant View, a baptism at a home, three other visits and a sermon on missions. For this he received $1.25.

On Feb. 13, 1915, William reports conducting a quarterly meeting at Wilkerson Chapel, where he preached 68 sermons, made 30 pastoral visits, received 19 members and buried two during the quarter. He held three weeks of meetings at Rogersville, two at Elm Grove and one at Crescent Chapel. On June 12, 1932, a new Elm Grove Church was dedicated followed on Sept. 26 by a homecoming celebration attended by former pastors, members, school teachers and schoolmates. Though the Roller School House is long gone, Elm Grove Church continues its witness in that same white-framed building. Some descendants of original members still attend the church.

A Lord’s Acre Sale in October reels in members, neighbors and adults who attended Elm Grove’s Sunday School and vacation Bible school as children. The items at the live auction include livestock, wood, garden produce, baked goods, quilts and crafts all made or harvested from members’ farms. Pies and cakes often sell for $60 to $100, with proceeds funding the church’s benevolences, including a food pantry, potluck dinners for veterans, emergency support for victims of natural disasters, Logan-Rogersville School District projects, Methodist-supported charities and other community needs.

“It’s still basically that way and is somewhat of a reunion now where we get to see a lot of people who have moved away. They come back to see friends and family … and to buy only certain things they know will be there,” member Alen Roller said.

The May 20 celebration at Elm Grove Church brought nearly 180 people together with strong roots in the church. The celebration ended with the dedication of a new elm tree that should shade the church at its 150th celebration in 2043. 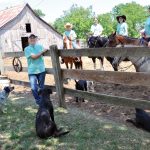 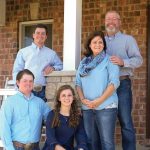 « From Cold Calls to Warm Prospects
Raised on the Land »