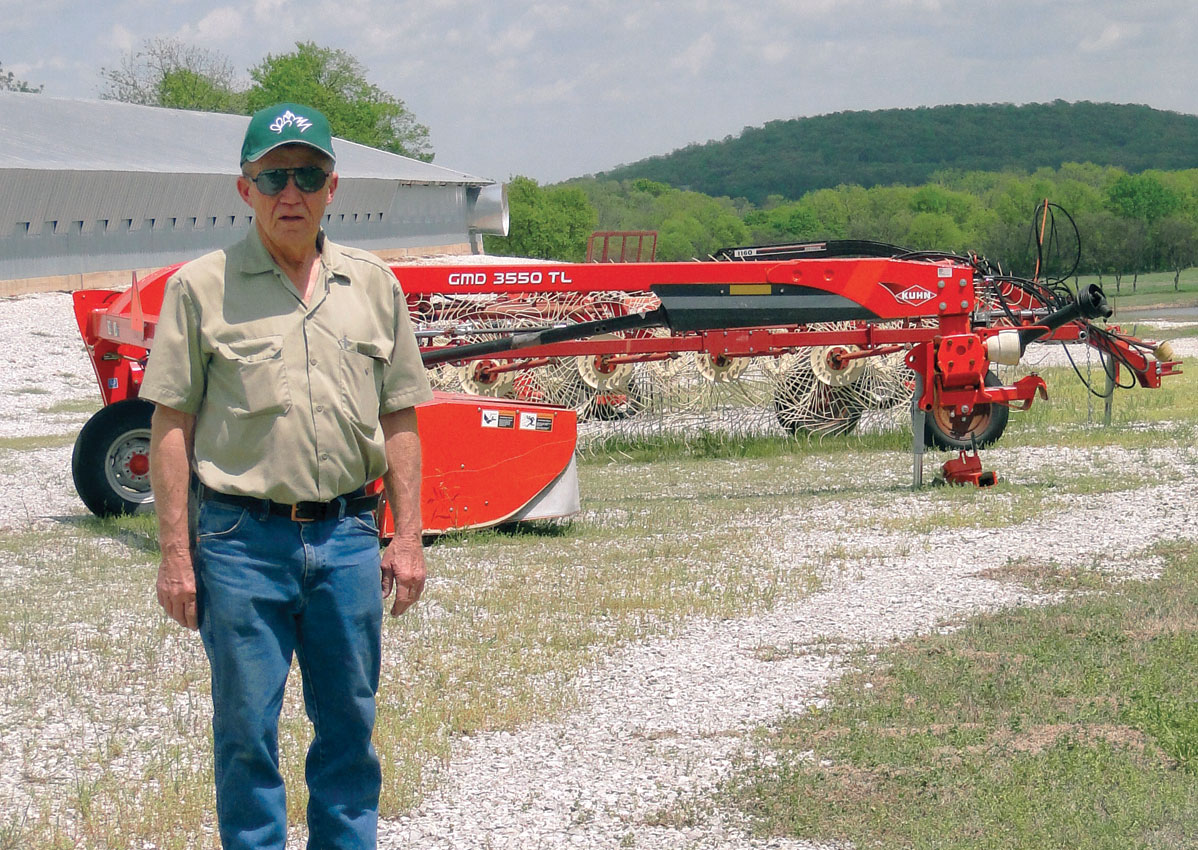 Greg Copeland is a man who pays attention to opportunity and logic.

Years ago, he lived in Hogeye, Ark, on 40 acres raising his two children, Casey and Amy, chickens and a few cattle. After completing one year of college, Greg was a draftsman for several years and eventually went into the fishing equipment business including producing plastic equipment and accessories. In the 1970s, Greg recognized that no plastic injection business existed in the area and that a need for those products was there. Since he already had the machines, Greg decided to transition and develop a plastic injection molding company. Eventually, Greg had an opportunity to sell the company which he did in 2011.

Because Greg knew what was in the offer, he sold his Hogeye farmland in 1999, purchasing and leasing 450 acres in Lincoln, Ark. The land was fairly flat, had good drainage, and was about the correct size to raise a 160-momma cow commercial herd in addition to constructing four broiler houses.

Greg was no newcomer to farming. One of his earliest memories was going to the farm in Cement, Okla., where his grandparents, Harley and Ada Perkins, raised cattle and a substantial garden. Harley and Ada bought their farm for 25 cents an acre in 1925, and as a young boy, Greg loved riding with his grandfather on a wagon pulled by two Belgian draft horses and throwing out loose hay. He lived with his grandfather the last three and a half years of high school and fondly remembers an old Jersey cow.

Greg built 43-foot-by-500-foot chicken houses on his Lincoln property. He receives day old chicks that stay an average of 51 days before being taken to George’s at a weight of 7 pounds where the heavily-breasted birds are processed for restaurant use.

When Greg purchased the Lincoln land, it was rough, rocky, and full of thistles and Johnsongrass. He spent three to four years picking up the rocks by hand, cutting trees, clearing stumps and cleaning out both fescue and weeds with Bermuda naturally filling in the cleared spots. Greg also tilled and sprigged some bottom ground with Bermuda and was able to harvest from that ground in two years. One of the things that Greg observed was that the native Bermuda, having evolved over thousands of years, is hardier and handles weather extremes better than the hybrid he sprig-planted though production levels are equal.

Another observation was equally important: the value of good hay for cattle. When he put out fescue-mixed hay, the cattle always left some hay while Bermuda hay totally disappeared. Greg explained that cows knew the difference because fescue has only a 5 to 7 percent protein content while Bermuda has 15 to 17 percent.

Greg produced more hay than he could use which he then sold locally. Soon the horse people were lining up for his high quality hay. At this point, Greg was approaching 70 and beginning to feel the need for another change. While his daughter had moved to Denver, his son Casey stayed closer to home. Casey decided to split his time between working as a lawyer and working with his father.

In 2014, Greg sold his cattle and went into the hay business. He and Casey typically get three cuttings per year and produce 25 percent square bales and 75 percent round bales with 80 percent of the hay picked up at the farm. The remaining 20 percent is delivered.

“Army worms are the greatest pest danger and can destroy the entire crop in two days. I don’t spray until I see a sign of them, and then I spray immediately. They can destroy an entire cutting in two days though the root structure remains undamaged and will recover,” explained Greg.

« Transforming Lives
On Her Own »