A New Perspective on Ag 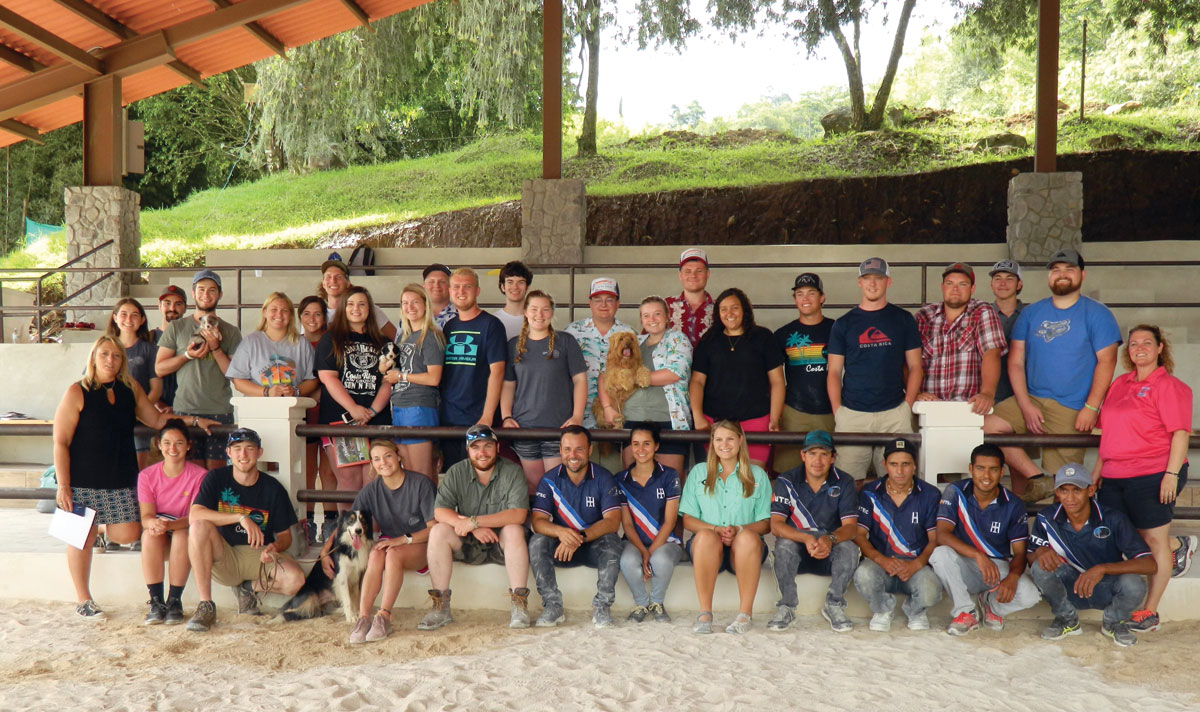 One of the benefits of any quality agricultural education program is the ability to offer hands-on experiences beyond the routine classroom and textbook arrangement.

In fact, some institutions offer agricultural focused seminars not only off campus but beyond the borders of the continental United States.

According to the website, Agricultural-schools.com, Crowder College located just outside of Neosho, Mo., in the southwest corner of the state, is ranked in the top 50 percent for ag programs in the nation.

But one of the hallmarks of this ag program is the agricultural field trip opportunity offered to the program’s students.

For more than 15 years Crowder’s Ag program has been offering travel seminars. This in itself is not unusual, however, Crowder developed a point system so the cost to a student is little or nothing, depending on one very important aspect: willingness to work.

“Many students have never even left home before,” Jorge said. “Some may not be able to afford to take trips. That is why the scholarship point system is great, it rewards work.”

Working fundraisers such as: the Roughrider Scholarship rodeo, the Pullin’ for the Aggies Tractor Pull, Aggie Calf Auction, concession stand shifts or serving dinners can earn students points that accumulate throughout the school year. The students served more than 2,500 meals last year.

The top 25 point earners get a chance to travel along to whatever seminar is planned for the year, whether state-side or abroad. Past trips included Maine, Florida, Hawaii, Alaska and Peru.

The Costa Rica trip provided an eye-opening contrast to agricultural occupations, practices and processes here in the U.S.

One student, Cheston Stacy from Stockton, Mo., a sophomore majoring in agronomy, went on the Costa Rica trip. He plans to go to Missouri State University in Springfield, Mo., to earn a bachelor’s in environmental plant science, with possibly a minor in natural resource and wildlife management.

“I’ve been on trips for vacations but never anything like this, it was unforgettable,” Cheston added. “One of the main things that really hit me was the pay. People working for next to nothing… compared to what we get paid here, it was unbelievable.”

The students quickly realized there was a stark difference in farming and ranching practices when compared to those here in the U.S.

For instance, due to the hot, humid climate, cattle breeds like Simbrah, Nelore, Brahman and even water buffalo, are better suited being more heat tolerant and parasite resistant. And even though some of the practices, such as, rotational grazing is similar to American practices, there are some obvious differences. For instance, technology is approximately 30 years behind that of the U.S. Farmers can be seen using water buffalo to plow their fields.

“The cattle are belly deep in grass, but they are still skinny because there is no power in the grass,” Jorge explained. “They supplement with banana and orange peels like we would use silage. They have the same issues we deal with, they just deal with it differently.”

Another concern for their cattle is crocodiles that frequent the wet marshy areas near the pastures.

The humidity causes a lot of issues for crops. Rot and fungus impact crops like corn, which is one of the crops being studied at the extension service research farm in an effort to genetically modify or create selective breeding of the corn that can handle the moist and hot conditions.

Coming from a small family farm in Northwest Arkansas, Sydney Delossantos, is familiar with black bald cattle and the occasional pig or chicken but the Costa Rica trip has broadened her experiences, not only in the agricultural sense but also in the cultural sense.

“I had never traveled abroad until I joined the (agriculture) department. In Costa Rica, we spent 10 days touring different agricultural facilities all over the country,” Sydney said. “I was able to see everything from a volcano to the beach, as well as, getting a chance to ride a water buffalo.

From an educational perspective, the trip gives students a chance to see how they can work to improve agricultural practices in other nations. With global trade making agricultural products more accessible, students get a firsthand look at the economies of scale with a global perspective.

“I love it when our student’s ‘light bulbs’ go off as they see similarities and differences that ag producers face across the country or around the world,” Jorge said. “When [students] see that there are common threads between [all producers], we know that their view on agriculture [has grown].”

One of the most beneficial fundraisers for the ag students is the calf auction in partnership with the local Cattlemen’s Association.

This year’s auction will be held April 3 at 11 am at Joplin Regional Stockyards. Gary and Linda Emmert of Seneca, Mo., have donated the calf. The proceeds go to a fund to help students experience trips such as the upcoming travel seminar in May to Scotland.

http://www.ozarksfn.com/2019/02/06/a-new-perspective-on-ag/http://www.ozarksfn.com/wp-content/uploads/2019/02/CrowderAg-1024x608.jpghttp://www.ozarksfn.com/wp-content/uploads/2019/02/CrowderAg-150x150.jpg2019-02-06T13:46:17-06:00Katrina HineMissouri NeighborsNeighborsAggies,Costa Rica,Crowder Aggies,Crowder College,farm,Missouri,NeoshoCrowder Aggies see how life on the farm differs in Costa Rica from the US One of the benefits of any quality agricultural education program is the ability to offer hands-on experiences beyond the routine classroom and textbook arrangement. In fact, some institutions offer agricultural focused seminars not only off...Katrina HineKatrina Hinehinerk@startmail.comAuthorOzarks Farm & Neighbor Newspaper
Aggies, Costa Rica, Crowder Aggies, Crowder College, farm, Missouri, Neosho 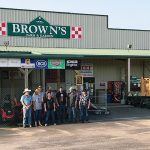 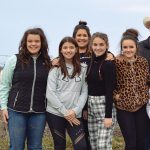 « The Evolution of the Stokes Family Farm
Red and Black Cattle »