The Challenge of Farming 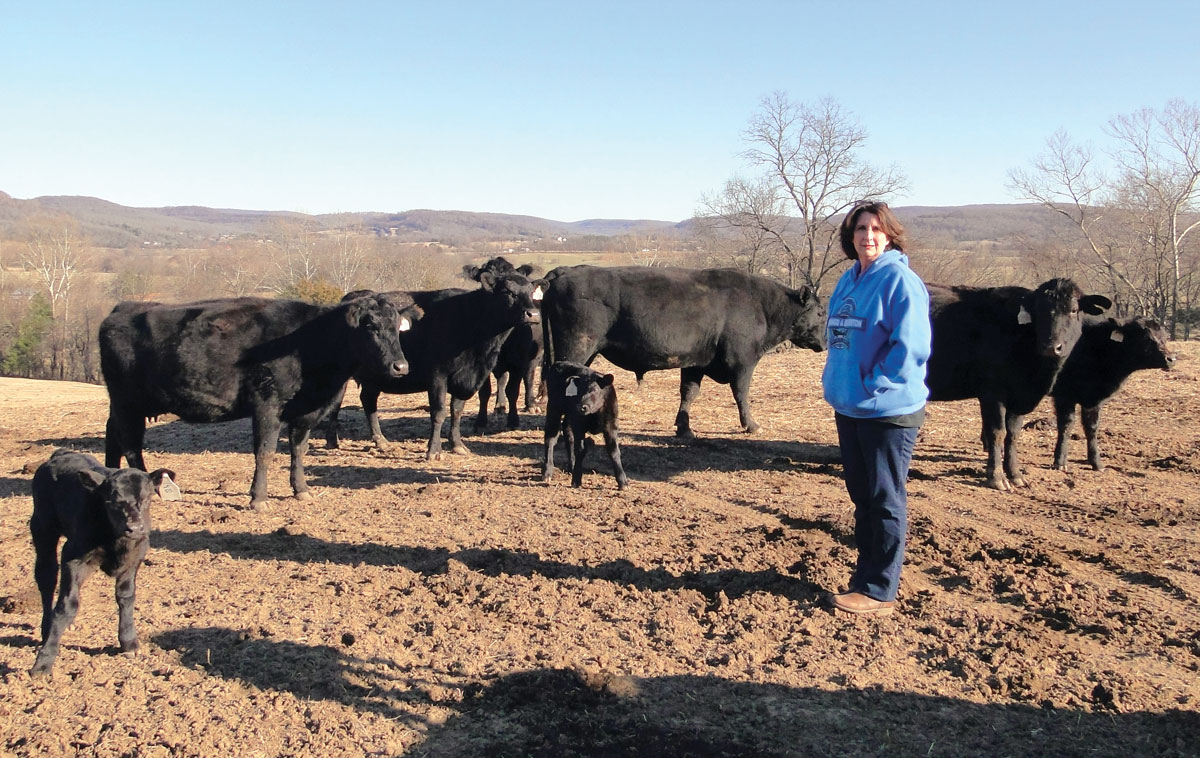 “Beacher is the brain and I’m the brawn,” Julie said with a laugh.

Though Julie and Beacher knew each other in high school and hung out together in a group, Beacher’s father Paul was the one who really talked up Julie as a future wife. Julie and Paul had an instant connection with Paul being a true mentor after townie Julie moved with Beacher to Kingston, where they started their ranch. Paul taught Julie how to put in fence and to fix and maintain equipment, amongst many other skills and concepts.

“Perhaps the most important thing Paul taught me was not to get upset about anything because whatever it was didn’t have a brain and was not out to get me. He told me to slow down, think and try again,” Julie recalled.

The Villines moved from Harrison, Ark., when a family member needed help with chicken houses. Julie dove in and learned the hands-on, day-to-day workings of the broiler business. After seven years, the couple completed construction of four broiler houses of their own just after their Keeton was born. By the time the children were old enough to play T-ball, the workload was too much for Julie. Their relatives’ chicken houses were aging at the time and shut down a couple of years thereafter. Nonetheless, Julie loved the chicken business and they became Tyson’s Large Broiler Family of the Year for five years.

“I like being in the top and am highly competitive,” Julie said. “Tyson has really good protocols; and if you follow them exactly, your chances for significant success are high. Even though Beacher is live production manager, my field tech is important, and we have time to be friends because I always do what I am supposed to and save him time.”

Seven years ago, the Villines went through a retrofitting that led to far greater efficiency. According to Julie, detailed computerization took away any guesswork and the addition of cool cell pads optimally protected chickens during the summer. Then three years ago, the Villines had an opportunity to transition to Cornish hens. The change made sense because they could raise 27,600 Cornish as opposed to 18,000 broilers. Further, since Cornish are raised to only 2 pounds, 10 ounces, their cycle is 3 1/2 weeks in and 3 1/2 weeks between flocks which gives Julie more time for cattle.

The herd consists of 180 Angus-influenced mommas divided into two groups with one at each of the Villines’ two farms, which are about 10 miles apart. The cows are bred by black Angus bulls and a Black Hereford, is a favorite of Julie’s. Also included in the herd are six Charolais-influenced mommas purchased as cow/calf pairs, because Julie likes the big calves.

Julie runs both spring and fall calving seasons to distribute income over market fluctuations with calves being retained for at least 100 days after weaning. The exact timing is dependent upon current market prices. Calves are banded and tagged the day they are born. After experimenting, Julie found this process less stressful on animals, as well as herself, and also makes sense since she works and vaccinates the calves three times before they are sold at 650 pounds at the Kirk Powell Sale Barn in Green Forest, Ark.

The operation retains as many replacements as needed to replace culled cows. Culling takes place only if a cow skips two cycles, has a health issue, such as foot problems or no longer raises a good quality calf.

“I have one really old cow named Methuselah who still raises strong calves and I am not about to replace her,” Julie said.

The cattle are hay and grass fed but receive significant supplementation. Supplements include range cubes because they are easy to distribute out of the back of her truck. The other supplements are liquid feed, protein tubs, minerals and salt.

“If Beacher could be around more, I would drill wheat and rye but to add that to my workload is not doable,” Julie said.

Julie does most of the farm work by herself. Though she has occasional help from a hired hand, Keeton and Brett arrive at the crack of dawn most weekends to help. Of course, she spoils them with great food.

Julie has one unusual practice that has earned her the title of “witch.” She meticulously follows an almanac and moon cycle based calendar that outlines optimum times for weaning and other activities. She learned of the calendar from her mother-in-law Freda who also used it.

“The weaned calves typically bawl only one night. Less stress grows better calves,” Julie said. “I use the calendar extensively, and all I know is that it works for me though others just shake their heads.”

A final income stream comes from a vacation rental home in Branson, Mo.

Julie and Beacher’s son and daughter-in-law already live in a home on the farm 10 miles away while their expectant daughter and son-in-law are soon to begin construction on the original farm.

“Before long I’ll have a baby on the tractor with me. I don’t know how being a child caretaker grandmother will work, but I know it will. I love nothing better than a good challenge,” said Julie. 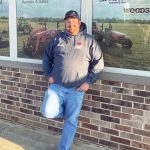 « What’s in the Water?
Protecting Your Flock »