Selling Down to Build Up 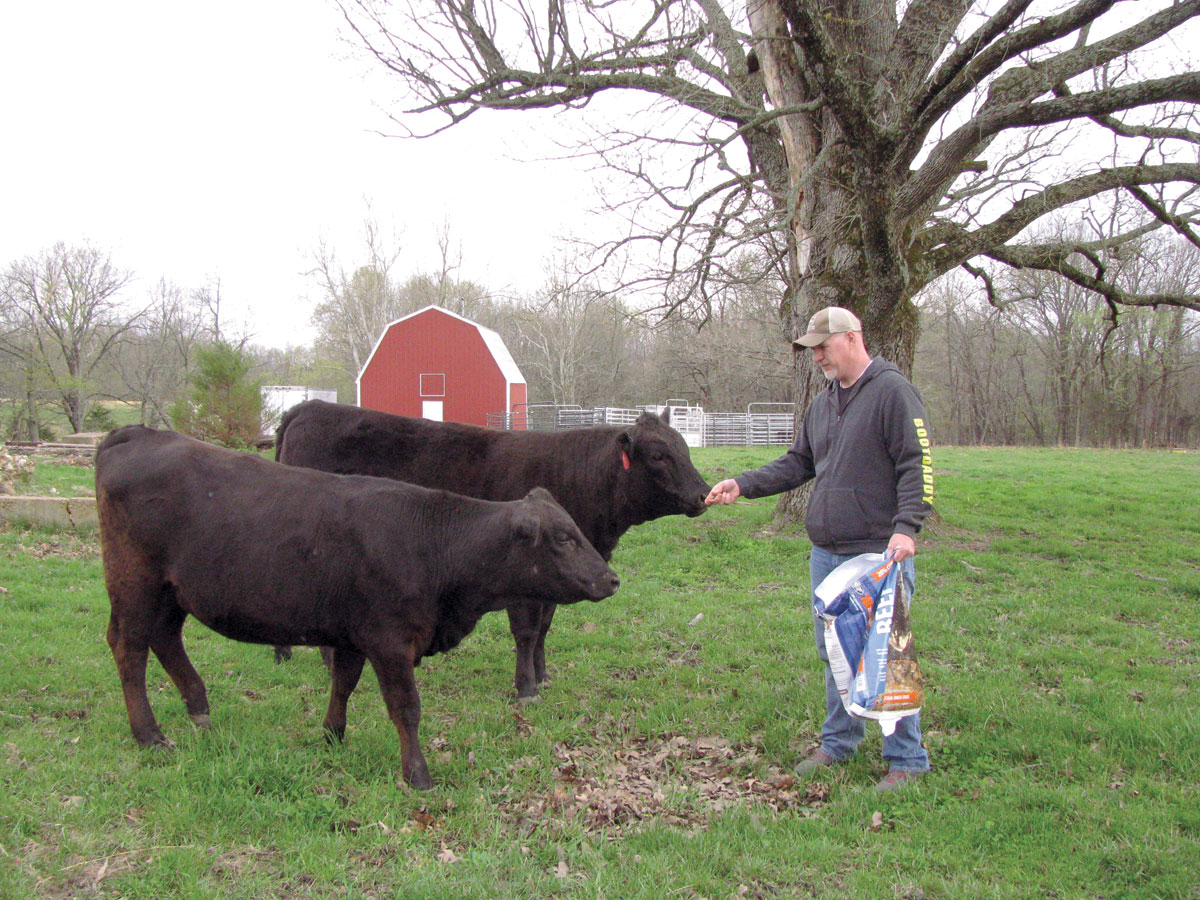 Joey Davis hopes to quickly increase his Gelbvieh and Balancer herd with the introduction of an embryo
transfer program.

Joey Davis grew up on a dairy farm until he was 19 years old. That interest in cattle stayed with him, and today he owns 16 Tons Cattle Company near Marshfield, Mo., in Webster County, where he has been raising beef cattle for three years.

“I wanted my boys to be able to have some of the experiences I did growing up around livestock,” he said. “I got to the point, financially and personally, where having cattle was feasible. That’s what got it all started.”

Gelbvieh and Balancers are the breeds of choice for Joey for two reasons.

“One is because of the strong maternal characteristics of both of those,” he explained. “The purebred Gelbvieh are renowned for maternal strengths. You cross them with an Angus to get the Balancer and you get the hybrid vigor. You combine all the good traits of an Angus and all the good traits of a Gelbvieh and the Balancer females are just exceptional. They are also calm animals. That was important to me for the boys and my wife being around them. Whereas, some of the other breeds have a tendency to be high-spirited, the Gelbvieh are pretty laid-back.”

He uses AI and a clean-up bull with his herd.

“We AI because it offers the opportunity to have the most elite genetics in the country for $25 to $50 a straw. That’s hard to pass on,” Joey said. “If you’re trying to raise great animals it just makes sense to go that route. This bull that we got is one of the things that took the program from where we were to where we are going, because your clean-up bull is just as important as what you AI with.

“The bull we now have is probably one of the highlights that’s occurred in the last year; being able to purchase a high quality purebred bull to run clean-up.” The bull is the purebred Gelbvieh 2014 National Champion.

Currently, Joey has 15 head of cattle.

“I’ve done a lot of wheeling and dealing this year,” he said. “I sold a bunch this spring to be able to go out and buy higher-quality genetics. Basically, I’ve reduced my herd size so I could focus on quality not quantity, even though my quantity still wasn’t big.”

When selecting a cow, Joey wants them to “look like they’re supposed to look.” “Second to that would be their ability to produce. It doesn’t matter if they look good, if they don’t raise a calf every year,” he said. In a bull, he wants one with name recognition that is proven.

When building a beef herd, the most important thing to consider, in Joey’s opinion is, “identifying what your goals are and making sure when you go to purchase your animals, that they align with your goals. Everybody’s in it for a different reason.”

“That is part of this last spring deal; selling down and focusing on quality. I bought three proven donors that were 6 and 7 years old,” he explained. “We will begin flushing them after they calve next early spring, and I have a buddy who runs a commercial herd. He is going to allow me to place up to 30 embryos in his commercial animals.”

For someone like Joey, who wants to produce high-quality animals and doesn’t have a large number of animals, this sort of arrangement with a commercial breeder is beneficial. He will be able to quickly increase the number of calves he has coming every year.

“I will take them out to be service-age bulls, show stock or bred heifers,” Joey said.

“There’s just a multitude of things I can do with them. It just increases my ability to get more calves on the ground, provide more cash flow, but not have to absorb much of the overhead for having to provide feed, ground, and everything else for those cattle.”

Whenever he needs advice or help, Joey relies on Robert Smith, owner of 3 Crosses Cattle Company in Marshfield, Mo., Dustin Kittle owner of Kittle Farms in Alabama, and Dale Rowland.

Coy and Hayden Davis will start preparing for the upcoming show season as soon as school gets out. They will show at the Webster County Fair, Laclede County Fair, Missouri State Fair and Oklahoma State Fair.

Joey believes showing teaches the kids responsibility. He said networking is also one of the big benefits.

“You meet lots of people in the business,” he said. “One thing I like about the Gelbvieh breed, from the biggest producers in the country to the smallest, such as myself, people are just nice. They all make you feel welcome, and they are always very helpful no matter what you need.”