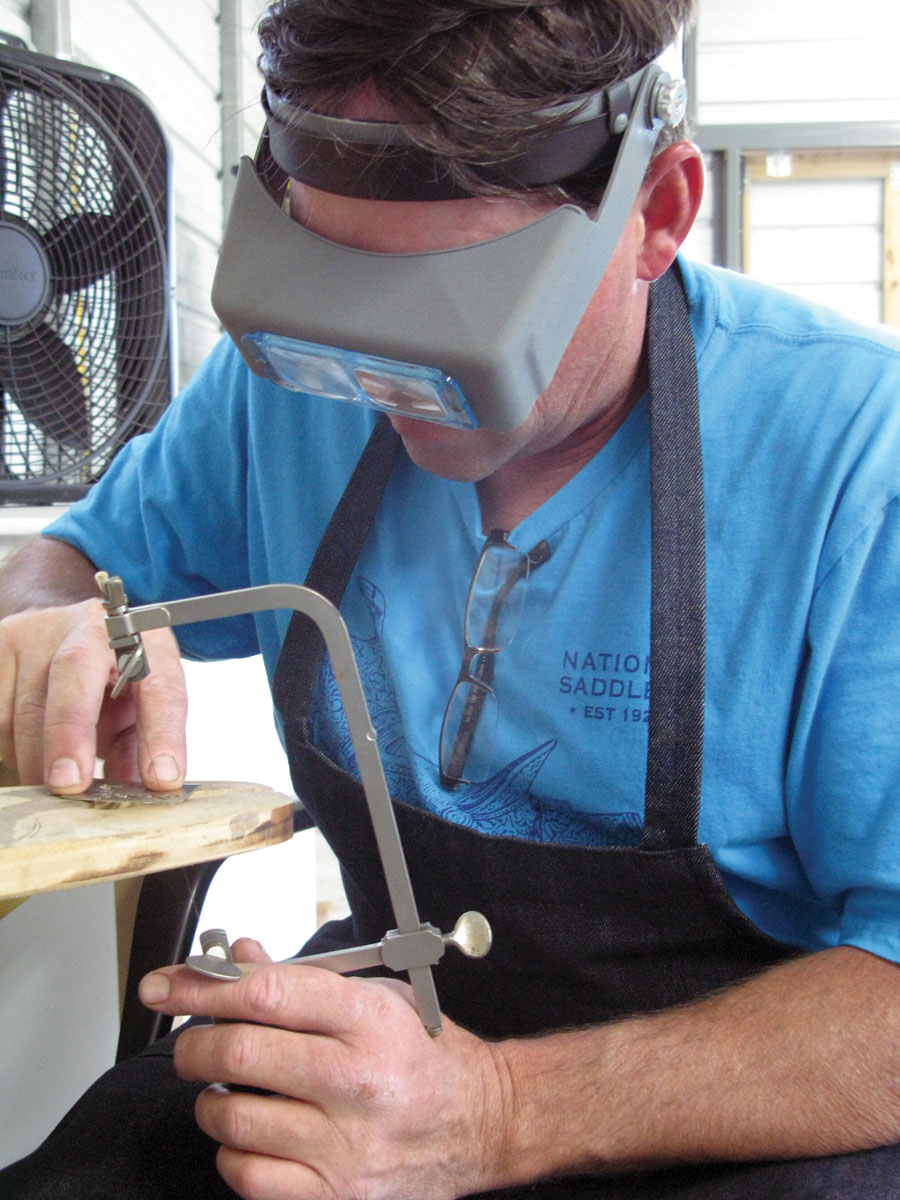 “My truck ain’t much to look at, but my bits are mighty fine.” A line from a Western song describes how working cowboys feel about the gear they use.

Tracie Morrison builds fine tools of the trade, including spurs, buckles and baubles.

“About 18 months ago, I decided I would try my hand at silver work,” Tracie said. “I have always loved custom gear and thought since I’m not cowboying for a living anymore, silver work would keep me in the loop.”

While living and working on Spur Ranch based in Vinita, Okla., Tracie broke his arm in an accident roping a cow.

“I was 44 years old when I broke my arm and it seemed like it took forever for it to heal, Tracie said.

“I figured I had maybe 20 years left to work and if I was ever going to have anything I better get me a job with a pension.”

So he went to work in a welding shop for the city of Tulsa.

“I can have time off to go daywork,” Tracie said, “At the end of the day I have time to make things – and I’m not too tired.”

Tracie lives just a stone’s throw from the site of Clem McSpadden’s famous Bushyhead Pasture Roping near Chelsea, Okla., and that’s not far from where he grew up, but he made a big circle before settling.

Home was the family place between Chelsea and Alluwe, Okla., making Tracie the third generation to live on that ground.

“My granddad was a cowboy and a horse trader, but when the oil boom happened he went to the oil patch,” Tracie said. “When he came back he paid cash for that place. It had no electricity or running water.”

Granddad didn’t stop being a horse trader, so Tracie rode all his life.

Tracie went to Chelsea school from kindergarten through graduation.

“I think there were 46 in my graduating class,” he said. “When I got out I joined he Air Force and I said I’d never come back to this one-horse town. If my Mom’s dad had been alive, I’d have had to go into the Marines, but I had an uncle who had been in Vietnam, and he thought the Air Force was a pretty good gig.

“I was first stationed in Wyoming. The day I got there was in the last week of May, and it was so pretty; the sun was shining and there was no humidity. Then about noon it started to rain. The sky got black and it was really blowing. Then it snowed 4 or 5 inches. I thought ‘I gotta get outta here and go to some place tropical.’

“So I applied for the Philippines, Guam, Hawaii – every place tropical I could think of and where did they send me? Alaska.

“But it turned out to be the best year of my life. It’s the last truly wild place. I was right by the Yukon River. I saw the Iditarod go by.”

Tracie’s father was a welder, so he was around welding growing up.

“When I got out of the service I needed a job,” Tracie said. “So Daddy said he could get me a job out there where he worked, and the way he thought nothing should be easy, so I started out in the saw shed cutting I beams. At noon, I’d go in with the welders and pick their brains.”

The circle was complete when Tracie ended up back on the home place with two small sons he raised alone with the help of his mother.

That’s when he started cowboying for a living.

“I’ve worked a lot of the bigger ranches around here,” Tracie said. “I loved it and there’s not a day I don’t miss it.”

“I thought about it (making silver work) while I was cowboying,” he said.

The first piece he made was a horn knot for his brother.

“Kenny Steidley was taught by Leon Hughes and they’ve both helped me a lot,” Tracie said. “I didn’t know anything – what you need or where to get it – nothing. So I went to Kenny’s with a notebook. He was a teacher by trade and he’s good at teaching.

“I was living by myself, so I would watch TV and cut silver on the kitchen table. I had my grinders set up in a bedroom with the windows open.”

Tracie now has a fine shop where he spends many hours.

“I look back at some of that stuff I did when I started and think I wish I had that back so I could do it again. I’ve got a pair of spurs up there I’ve sweated the silver off of and redone twice.”

To expand his knowledge, Tracie is going to engraving school in Emporia, Kan., taught by famous gear makers Jeremiah Watt and Diane Scalese. Scalese has previously held the title of Engraver of the Year by the Academy of Western Artists.

“They do Western bright cut engraving,” Tracie said. “Which has to do with how the blades are sharpened and turned.”

Tracie has been commissioned to build the trophy buckles for the Junior Ranch Rodeo Association this year. He said he likes everything he builds, but he most enjoys bridle buckles.

“I got into this to make good gear,” Tracie said. “I don’t really like to take commissions because I want to build what I like, then if someone wants it, that’s OK. If you don’t take orders you can make what you want. This is my goal.

“One of these days, I’m going to make something I’m satisfied with. Well, probably not.”

With that attitude, Morrison will surely progress in his craft. It’s feeding that loop. 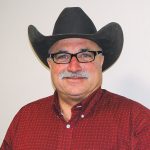 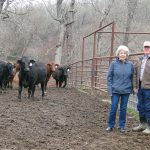 In the Beefmaster Business