A Passion for Angus and Family 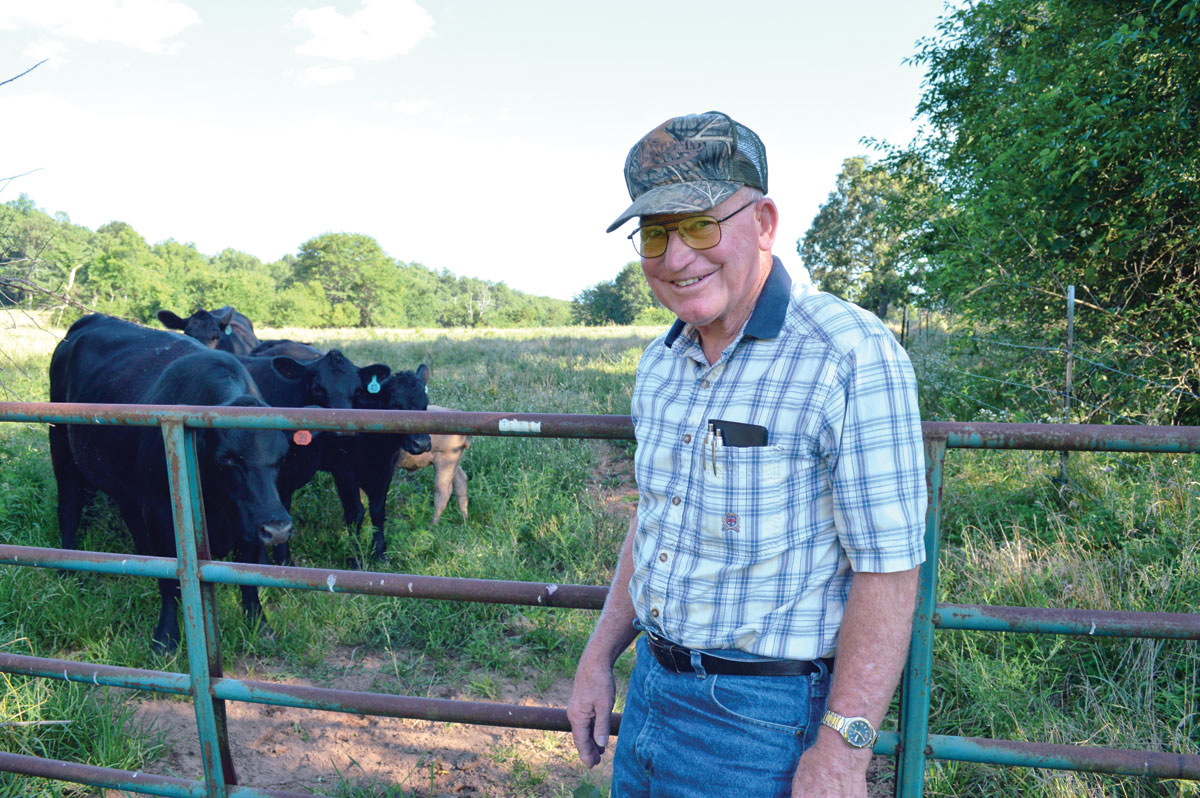 Charles and Phyllis Todd began their cattle operation 50 years ago

“Our first date was in Oklahoma City at the state fair, and we judged Hereford and Angus cattle together,” Phyllis explained with a giant grin.

The two young livestock producers disagreed on which animal should walk away as supreme champion.

“I argued with her,” Charles recalled with a hearty chuckle. “I had Herefords.”

Despite their differing views in the show ring that day, the two fell in love, got married and started their own Angus herd.

Charles and Phyllis celebrated 50 years of marriage this year, a majority of that time they have been raising Angus cattle on the family farm in Willard, Mo. Phyllis’ parents started the 240-acre farm in 1958 with a herd of Angus cattle.

In 1979, Charles and Phyllis, built a home at the “edge of the woods” on the family farm, establishing their own cow/calf operation fittingly named, Edgewood Acres Registered Angus.

The Todds raised their children, Wanita and Robbie, at Edgewood Acres. Now that Wanita and Robbie are grown and have kids of their own, their families are constantly back at the family farm working cattle, baling hay and completing chores.

The Todds have bred and raised Angus cattle for decades, appreciating the breed’s versatility and docility.

“They are easy to take care of, easy calving and they sell good on the market,” Charles explained.

Edgewood Acres Angus runs about 25 cows and 25 calves on the farm full of gentling rolling hills.

“There is a lot of pasture,” Phyllis commented. Although they have a large amount of acreage, Edgewood Acres Angus keeps the herd size close to 50 head.

Part of their herd management strategy includes running a fewer number of cattle on their significant acreage. The Todds find their animals are healthier when the cattle have plenty of space to rest and graze.

“Because we have so much acreage, we can move them around and they don’t have to stay in the same area,” Phyllis explained.

This approach holds consistent with their calving protocols. The Todds keep their momma cows in large, open fields during calving.

“We used to bring them into the barn. Oh, we had to have them in the barn,” Charles said. “Next thing you know you have a calf with scours because they pick up bacteria and stuff where the cows lay down.”

The Todds prefer to keep their cows in the pasture where it is cleaner. “Since the cows calve outside, we don’t have scour problems,” Charles added.

Through years of AI’ing and using a herd bull, the Todds have landed on a breeding tactic that works for their operation.

“We run a herd bull. We stopped AI’ng a longtime ago because it is hard to catch the cows in heat,” Charles explained.

“When selecting a herd bull, we watch the sales and take note of what the top breeders have and are using. Then we look for a bull that is not related to any of the dams in our herd,” Charles commented.

The herd bull stays in with the females all the time. At Edgewood Acres, calving season starts in February and runs through October.

“Weather wise, it works well. The calves are growing and we don’t have to worry about getting them in the barn,” Charles said.

During the late 1980s through the early 2000s, Edgewood Acres operated an entirely registered Angus herd. The Todds competed in local, state and national shows throughout that time period.

When the Todds stopped showing, they decided to transition to a commercial Angus cow/calf operation while still using a registered Angus herd bull.

Edgewood Acres Angus breeds its own replacement females. “It’s what we do every year. We sell the old cows and keep the heifers back,” Phyllis said.

They wean their calves at 6 to 8 months and feed them a 14 percent protein feed for 30 days before selling. “Whenever we bring the calves in to wean them, I put them on grain. Then they are in good condition for wherever they go on from the sale barn,” Charles explained.

The herd almost exclusively receives hay and minerals, very little grain. The Todds grow and harvest their own hay. The Todds’ grandchildren, Jared Duncan, Johnna Duncan, Skyler Todd and Joey Todd join with the rest of the family to rake, move and stack the hay. They put up round bales in the summer. If the weather cooperates, they will cut and stack square bales in the fall.

Charles and Phyllis find deep joy in sharing their passion for agriculture with their children and grandchildren, because to the Todds, farming means family.

« Riding, Rescues and Love
When’s the Time to Start Stockpiling? »