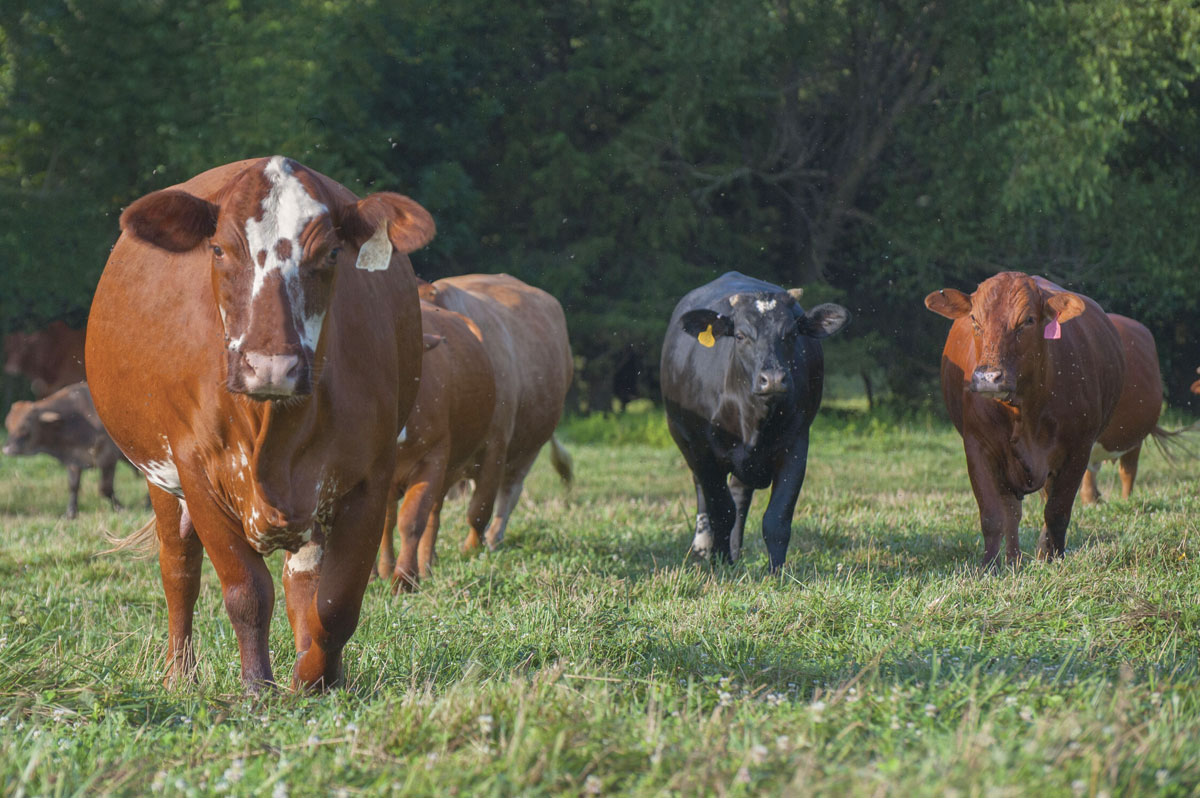 Joshua Hostetler always hoped he would one day have his own registered cattle herd.

As the years went on, Joshua went into the construction trade, ran a commercial cattle herd, did some row cropping and constructed two 5,000-bird laying houses at his Louisburg, Mo, farm, but the thought of a registered cattle herd remained.

In 2016, Joshua’s dream came to fruition with the establishment of Oak Ridge Beefmasters.

“They are really nice animals to work with,” Joshua said. “They are easy to handle. To me, they are the easiest handling cattle I’ve ever had. A lot of people think that extra ear makes them a little wild, but they aren’t. Not long after I got into them, my brother-in-law and  I were walking among them and I was telling him which calf was which. He asked why (the cattle) were all standing there. With his cattle, he said, they would have been at the other end of the field.”

Joshua and his family have about 38 cows and 12 yearling heifers, as well as five bulls of varying ages.

He considered registered Angus, but felt the animals were a little out of his price range. After talking with Craig Johnson at St. Clair County Beefmasters at El Dorado Springs, Mo., he felt the attributes of Beefmasters is what he desired.

Joshua said Beefmasters put pounds on calves, which is something all cattlemen want.

“The last couple of times I’ve weaned, I have had calves gain over 3 pounds a day, average, from the day I weaned them until they were a year old,” Joshua said. “Around here, there are definitely more and more people getting into Beefmaster. A lot of people think they will lose money because of the ear and extra skin, but what they don’t realize is if they crossbreed them, they are going to get those extra pounds.”

Calving ease is important to Joshua, and he shoots for a birthweight in the 60s to mid 70s for first-calf heifers, but weights can increase for mature cows.

“I’ve only had to pull one calf since we started with Beefmasters, and that’s because the calf was backward, not too big,” he said. “Last fall, I had nine first-calf heifers and I didn’t touch them; calves were on the ground when I saw them.”

Another drawing point to the breed for Joshua is the overall hardiness of Beefmaster. His cowherd is offered minimal grain and is able to maintain condition.

“Someone asked me if they just eat like crazy because they are bigger cows,” Joshua said. “I don’t know if they eat more, but they are out grazing when other cattle are in the shade or the pond. Even my black Beefmasters are out grazing when it’s hot. My cows get a little treat now and then, and if I plan on working them, I will give them some cubes once or twice a week to keep them coming up.”

The cold winter weather of the Ozarks hasn’t proven to be a challenge for the cattle at Oak Ridge Beefmasters.

“They gain just as well in the winter as they do in the spring,” Joshua said.

At weaning, calves are offered about 5 pounds a day of a commercial ration, then built up to about 8 pounds.

Bulls are offered a commercial ration creep feed that has a limiter, which prevents the overeating.

“I can feed them 18 pounds a day, and they will clean it up every day for so long, then they hit their limit,” Joshua said. “Once they clean it up, we start over.”

Joshua added that illness has not been an issue since switching to Beefmaster.

“I have treated a bull because he poked something in his eye,” Joshua explained. “Had a heifer that cut her foot. I have treated one or two calves as babies for scours, but I have never treated for pink eye or any other illness.”

Joshua believes in addition to a vaccination protocol, having a quality mineral available at all times helps keep cattle healthy.

“Right now, I have a Purina mineral out with fly control and in the spring, when the grass is coming, I put out Purina Hi-Mag that helps with foot issues or lameness, and my bulls get Purina Availa 4.”

Oak Ridge Beefmasters currently has four bulls on test in Texas in preparation for a sale next spring.

If the bulls make the cut, they will be sold in the Texoma Beef on Forage Sale in McAlester, Okla., next spring.

“The bulls I’ve sent are out of a bull we bought from that sale and I’m really happy with his calves,” Joshus said.

“Right now, they don’t need it with as much grass as we have,” Joshua said. “Last winter, when I was short on hay and on grass, I kept the feeder pretty full, but I haven’t bought a load this year.”

When converting cropland to pasture, Joshua introduced endophyte-free fescue with positive results. He also uses the litter from his laying facilities on fields and pastures. Joshua said the use of litter has increased his hay production significantly.

“We had a lot of rain this spring, but on the two cuttings I got this year, I nearly doubled my bales,” he said.

Joshua’s herd is both spring and fall calving. He also prefers the use of a herd sire.

“I have done some AI, but I didn’t have the results I wanted,” Joshua said, adding that he’s not opposed to the practice and hopes to develop a program in the future. “I just decided I was going to buy a good bull until I could do it all myself.”

Going from commercial cattle to a registered herd has meant a little extra work but for Joshua, it’s worth it.

“Craig said if you can stick it out for three, four years, you can make some money, but it’s not going to happen overnight,” Joshua said.

Oak Ridge Beefmaster is also a family affair for the Hostetlers. Son Zane is a partner on a herd sire and more than a dozen cows and heifers. Son Jayden also has a heifer.

“I do all of the paperwork and keep track of everything, but they help. Jayden, he’s 16, would do nothing but the cows, if I would let him. He knows my cows better than I do.”

Joshua’s hope is not only to raise good bulls and heifers for his fellow producers but to advocate for the breed.

“I read an article called Not Your Grandfather’s Beefmaster,” Joshua said. “The cattle were a lot narrower and earry. I think if people would try Beefmasters, they would see they get more pounds on their calves,” Joshua said. “I don’t have anything against other breeds, but as a youngster, eared cattle intrigued me. If you get into Beefmaster, you might not get as much for your bulls in this area, but if I had bought another breed, it would have cost me double for 6-, 7-year-old cows and I got 3-year-olds and second calf heifers for about half the price.” 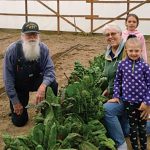 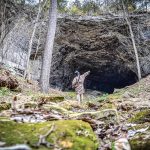 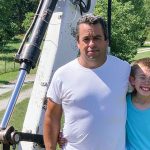