The Challenges of Agriculture 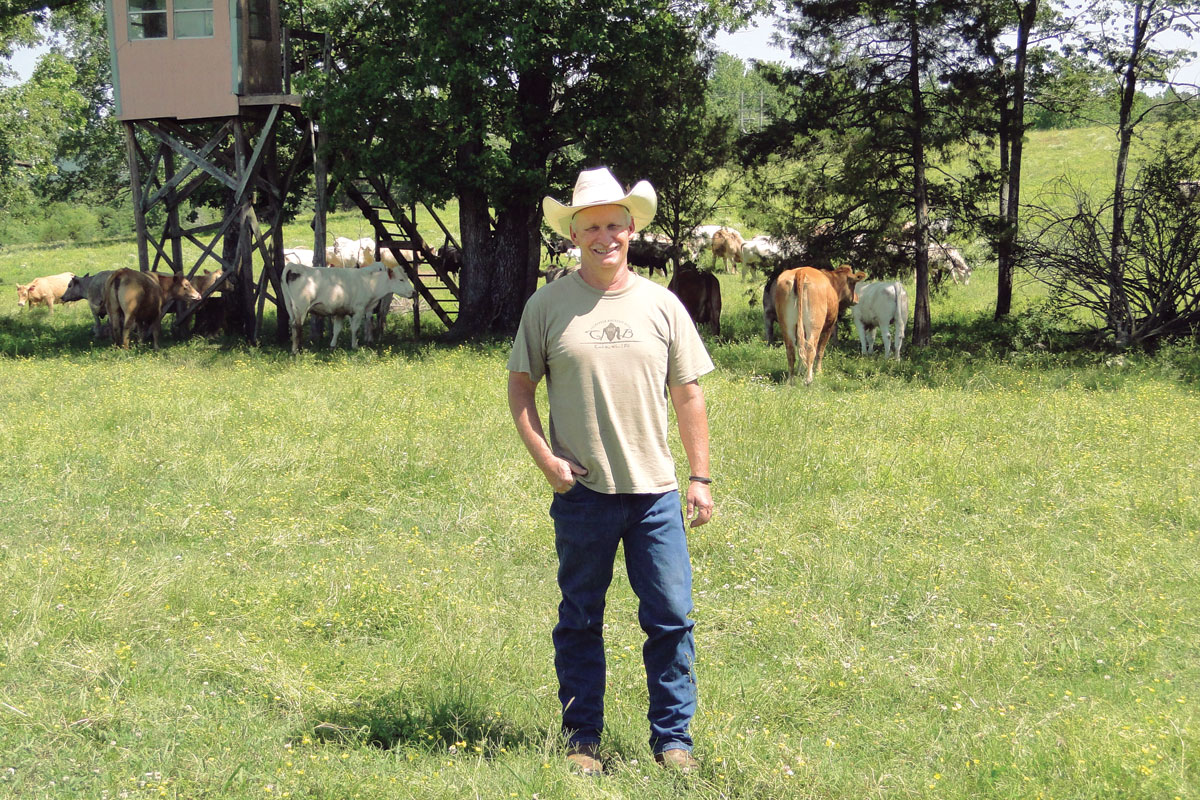 “The people who have the best cows and equipment generally have a good day job because it’s hard to make a go of it without that,” Richard Collins of Scotland, Ark. said.

In Richard’s case, two outside incomes supplement the farm. His wife Shawna is the food and nutrition manager at Ozark Health in Clinton, Ark., so she supplies extra income as well as insurance. In addition, Richard runs a small construction company called CF Construction, which mostly builds pole barns and decks. The couple has five children. Their son, Shane, helps out on the farm and runs his own herd.

Richard started out in a factory and became acquainted with James Bagley, who subsequently hired him to manage James’ turkey farm for four years. That farm came up for sale at the time Richard was considering switching to farming on his own. Because of their relationship, they worked out a deal.

Richard and Shawna have been together at Collins Farms for 17 years. James and Shauna bought beef cattle and raised chickens for Pilgrim’s Pride.

Fortunately, before Pilgrim’s Pride ceased production in their area, James and Shauna got out of the chicken business and expanded the cattle land to 200 acres, which is currently supported by an additional 200 leased acres. To improve his water sources, Richard rebuilt two of his six ponds and added an additional one.

This cow/calf operation typically uses 400 round bales with a 200 bale surplus but, as “One year I sold my reserve and then had a drought,” Richard explained. “I will never make that mistake again. I’ll take any rain that does not have a tornado in it because this land gets dry in a hurry.”

Richard custom bales hay on shares to supplement the hay he gets from his own land. The ground is mixed grasses and clover. Fescue and clover are predominant during the first cutting with Bermuda and bahiagrass more dominant in the second. Some years he overseeds with ryegrass, which seems to work better for him than wheat as winter forage. Because he no longer raises chickens, he uses commercial fertilizer usually in the spring with broadcast spraying for weeds at least once but sometimes twice a year.

Most calves are born in February and March because the grass is coming on and the cows have eaten grass six months of their gestation. Richard believes more grass means more milk, and while snow can be a problem with calving during that time, hay is there to alleviate the issue. All calves are weaned at 550 to 600 pounds, and are 8 months when sold. Heifers are kept for 14 months before being bred when they weigh close to a 1,000 pounds. The goal is uniformity in terms of weight with all those not gaining enough then sold before breeding. The grain ration is 12 percent protein with lower fat because he wants mommas who breed back better.

“I don’t like change, but to stay competitive in today’s market, calves need to be preconditioned before sale and that’s exactly what we’re going to do,” Richard said.

Bull calves are banded because Richard believes it is easier, less stressful and brings a $50 profit. He occasionally has to dehorn even though he runs polled bulls because approximately 2 percent of the bull calves will develop horns regardless.

Before sale, calves receive two sets of shots with retained heifers also receiving a brucellosis vaccination, through the county agent and a veterinarian. The herd is wormed two or three times a year alternating injectable and pour on.

According to Richard, the biggest challenge is cash flow because most of the farm money comes in September when calves are sold. Then that money has to be managed for the rest of the year which makes money management a critical factor in successful cow/calf operations.

The Collins family was the 1997 Farm Bureau Farm Family of the Year. 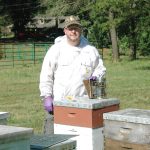 « Trichomoniasis Testing
For the love of beef »