The Huffs find smaller-framed cattle to be more efficient

In its snaking between the Arkansas/Missouri border, Bull Shoals Lake forms the peninsula in Ozark County, Mo., that holds Huff Cattle Ranch, home to multiple generations of the Huff family and their small but growing herd of beef cattle.

The nearest town is Protem, Mo., though perhaps a more apt description of the locale would be, “an hour away from anywhere you would need to go,” which the Huffs will grant with a bit more satisfaction than apology.

“Before my dad died, I swore that I would never sell the place,” Mike Huff said about the land his father, Francis Huff, bought in 1969. “This place was his Shangri-La.”

Mike lives there now with his wife Karen, along with their son Steven and his wife Jeannie, who have two young daughters, Sadie and Jaylie. Together, the three generations of Huffs have been working since 2015 to establish a farm that supplies themselves and others with healthy, high-quality products.

Before starting the farm, Steven was working a high-paying management job in the tech industry in Kansas City, Mo., but it was keeping him away from home most days of the month, and even had him at the office on Christmas Day.

Steven and Jeannie decided in 2011 to move back down for a slower pace of life and more time for family on the farm property in Protem. Steven joined Mike in a tool and die business he started in 2003, making high-precision machining equipment for the Lake City Ammunition Plant in Independence, Mo. The operation has served the family as their main source of income for some time, but they’re now working toward a self-sustaining farming business.

“It was a major project to get the land into shape,” Mike explained. “There hadn’t been cattle on the place since the mid-1990s. It needed work.”

To turn the property back into an operational farm, the Huffs spent time and money clearing land, seeding pasture and repairing fences. The property has a history of farming even before Mike’s dad bought it; one cabin the Huffs still live in was built in 1877. The property in total is 130 acres, and about 55 of that is pasture.

The Huffs have been building their cattle herd with strict guidelines.

“We’re trying to raise all of our brood cows from our own farm,” Mike said. “We have very good genetics and very good bulls.”

The genetic makeup is about 75 to 80 percent black Angus, having bred a black Angus/Hereford cross to produce black baldies. The Huffs usually plan for calving in the spring, and they currently run only 13 cows, although they’re smaller cows than one might expect.

“A lot of people think the bigger the cow the better, but we’re actually trying to run smaller-frame cattle and run more,” Steven explained.

In their research, the Huffs found that smaller cattle have higher efficiency with feed, which results in more pounds of meat per acre than that of a larger breed.

“We use a significant portion of our pasture just getting our cows up to butcher weight,” Steven explained. Thus, their stocking rate is lower than other cattle operations. “We do low volume, but high quality.”

Since their cows are all grass-fed and grass-finished, the Huffs are very particular about the grass on their pastureland.

“We only finish our cows in the fall and the spring when you have the best grass,” Steven said. They’re looking into further refining their grass health by adding sheep to the farm to eat the weeds, rather than using sprays.

“We have a very clean farm,” Mike added.

“We try to keep it that way.” Jeannie said, adding that her own auto-immune disease was a central reason they started the farm, seeking to provide for themselves and other families a cleaner, healthier product. They describe their product as a step below organic, as getting certification is too difficult and expensive for their small operation.

Looking forward, the Huffs want the farm to eventually become their main source of income. Recently they’ve acquired an additional 75 acres in Taney County, Mo., and once they’ve readied it for cattle they plan to use that property for initially raising the cattle, while the Ozark County land will be for finishing. They are holding back their heifers to grow the herd, aiming to triple it in the near future.

In order to reach their goals, the Huffs take a very business-oriented approach.

“We have regular farm meetings,” said Mike. “So everybody is on the same page when decisions have to be made. Again, we run it like a business. That’s a competitive edge.”

They’ve taken advice from friends, made use of University of Missouri studies, and watched how other farmers operate so as to make the best decisions possible. They chose black Angus for the marketability and they work to maximize their beef output as described earlier. The Huffs are also careful to stick to what they know and avoid overcomplicating the business. Mike used his tool and die business as an example: “I can machine a lot of things, but I don’t try to. I stay within our expertise.”

For all of that business talk, however, it is family that takes the central aim of Huff Cattle Ranch.

“My parents are actually buried on the property,” Mike said. “The goal is to keep this property in the family in perpetuity.” Jeannie added that they hope their children or a niece or nephew will take over the farm when they pass on.

They had no interest in the top dollar Steven made at his Kansas City job, and they don’t care now for the decent fortune they could get in a sale of the peninsula property.

“The actual value of the place is irrelevant,” Mike said. They want only to have healthier food for the family and to continue living on the farm in an Ozarks kind of peace.

“The cattle lower my blood pressure,” Mike said with a laugh. 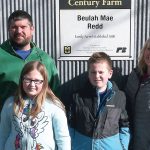 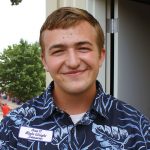