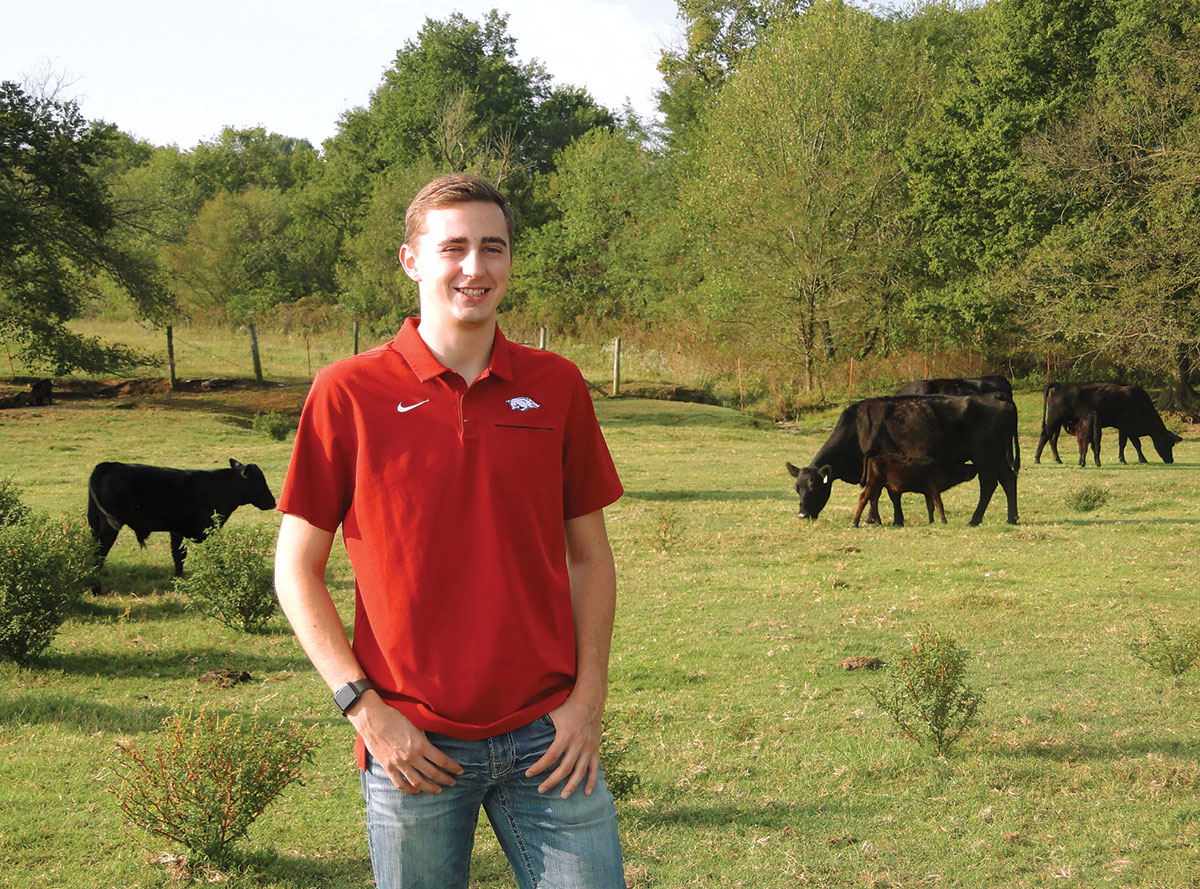 An agricultural lifestyle often teaches a sense of community and a desire to give back to the environment, whether that environment involves people, animals or land.

Being responsible for the life and health of another creature creates an awareness that is often lifelong. Nick Pohlman, an 18-year-old freshman at the University of Arkansas, is on a quest to give back to all three. He wants a future life such as the one he now lives on a small hobby farm with a professional career, in his case as a physician. Nick’s father Fred is an animal science professor at the U of A, while his mother Tami is a supervisor at a veterans hospital in Fayetteville, Ark.

“A lot of people are worried about the ‘me’ and ‘I’ of their own world only instead of the agriculture industry,” Nick said. “Farmers have to take care of the land and livestock in order to make a living and they need to make a living. Urbanization has created many good but uninformed people who often don’t understand that, and I want to help fix that.”

Nick, along with his older brother Will, has been raised on a 10-acre farm with an additional 10 acres nearby and 80 acres in Southeast Missouri for row crops.

What is rather amazing is that on that 20 acres in Prairie Grove, they raise a total registered Angus herd of 80 animals. This is accomplished by splitting the herd into two breeding groups, with 17 cows and a bull in each group, and by having dry lot weaning and heifer pens where these young animals are on a growing feed program supplemented by plenty of hay.

The farm uses natural breeding rather than AI as in the past because Nick’s show career is ending.

A family tradition has been showing sheep, which young Nick started at the age of 5 at the county fair level. By the time he was 9, he was showing cattle at the county, state and national levels, with his first national show being at the National Western Livestock Show in Denver, Colo., where he showed a heifer that placed third in her class.

That year, his parents told him to never let go of his heifer; and when his heifer spooked, he was swung around and dragged. When he finally let go, she went straight to Nick’s parents but knew she had messed up and never caused any more problems. Later in his career, Nick won grand champion Angus at the Arkansas State Fair and won a class at nationals. Nick credits his show career for teaching him the importance and value of planning ahead since four months before show season he begins familiarizing the show cattle with being washed and begins working with hair to appeal to show standards.

Early on, the family had two show heifers named Kandi and Priss who were more like pets. He took the pair to Farm Friends at the U of A Whitaker Center to promote agriculture. Nick talked about them and helped timid youngsters to touch without fear.

“That was when I first realized I wanted to be an advocate for agriculture,” Nick said. “To this day, those two heifers still love to be scratched.”

Predictably starting 4-H at age 5, this year Nick serves as the Ozark District vice president of Northwest Arkansas, which covers 25 counties. He started FFA as a freshman and was active on competitive teams for livestock judging, meat judging and farm management as, well as serving as the reporter during his senior year. Nick believes his time in FFA not only taught him about other species of animals, but also much more detail about their physiology. In addition, during high school, he was part of the Arkansas Junior Angus Association and held various office position. Now he is a member of the National Junior Angus Association and was elected to a two-year term, the first to be served as the board of directors and the next as an officer. He is one of 12 selected out of a membership of 8,000. What got him there was his passion for giving back to his industry, as well as his leadership ability.

“Working with the national association is really beneficial,” Nick said. “It already has taught me leadership and how to effectively present information to help others learn about the breed. Additionally, membership allows me to develop a network of peers and industry leaders such as the Angus Association CEO. All of this will help me as I pursue my dream of being a doctor and having my own hobby farm.”

Nick is very busy pursuing his education and high-pressure career goals while working with the Angus associations. Nonetheless, he still helps out at the farm and is knowledgeable about their very specific feed ration program.

The ration program includes the use of MFA show feed with added beat pulp, cottonseed hulls for fiber, and oats for hair quality and energy, as well as depth charge pellets to fill out the flank. Steers receive alfalfa pellets because of the high protein content in addition to mineral and added milk powder. Regular rations, which are suitable for cattle and sheep, are feed in the pasture by the house. This ration is a Powell Feed commercial mix, sometimes with individual ingredients according to specific needs. The cows and bull in the extra field receive range cubes instead of a ration.

Although he’s early in adulthood, Nick understands the need for pressure release.

“I love sitting on the tractor and not thinking about what day it is,” he said. “Maybe when I retire, I’ll expand my hobby farm; but that’s a long ways off and I have a lot of life to live.”

http://www.ozarksfn.com/2019/11/13/advocating-for-ag/http://www.ozarksfn.com/wp-content/uploads/2019/11/Pohlman-1024x759.jpghttp://www.ozarksfn.com/wp-content/uploads/2019/11/Pohlman-150x150.jpg2019-11-13T13:22:44+00:00Terry RoppArkansas NeighborsNeighborsAngus,Arkansas,Cattle,National Junior Angus Association Board,Nick Pohlman,Prairie GroveCollege freshman Nick Pohlman serves on the National Junior Angus Association Board An agricultural lifestyle often teaches a sense of community and a desire to give back to the environment, whether that environment involves people, animals or land. Being responsible for the life and health of another creature creates an...Terry RoppTerry Roppterrymerrill@hotmail.comAuthorOzarks Farm & Neighbor Newspaper
Angus, Arkansas, Cattle, National Junior Angus Association Board, Nick Pohlman, Prairie Grove 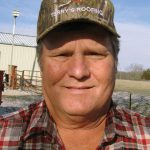 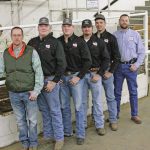 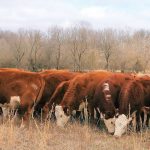 « On the Rise
Proper Maintenance is Key »