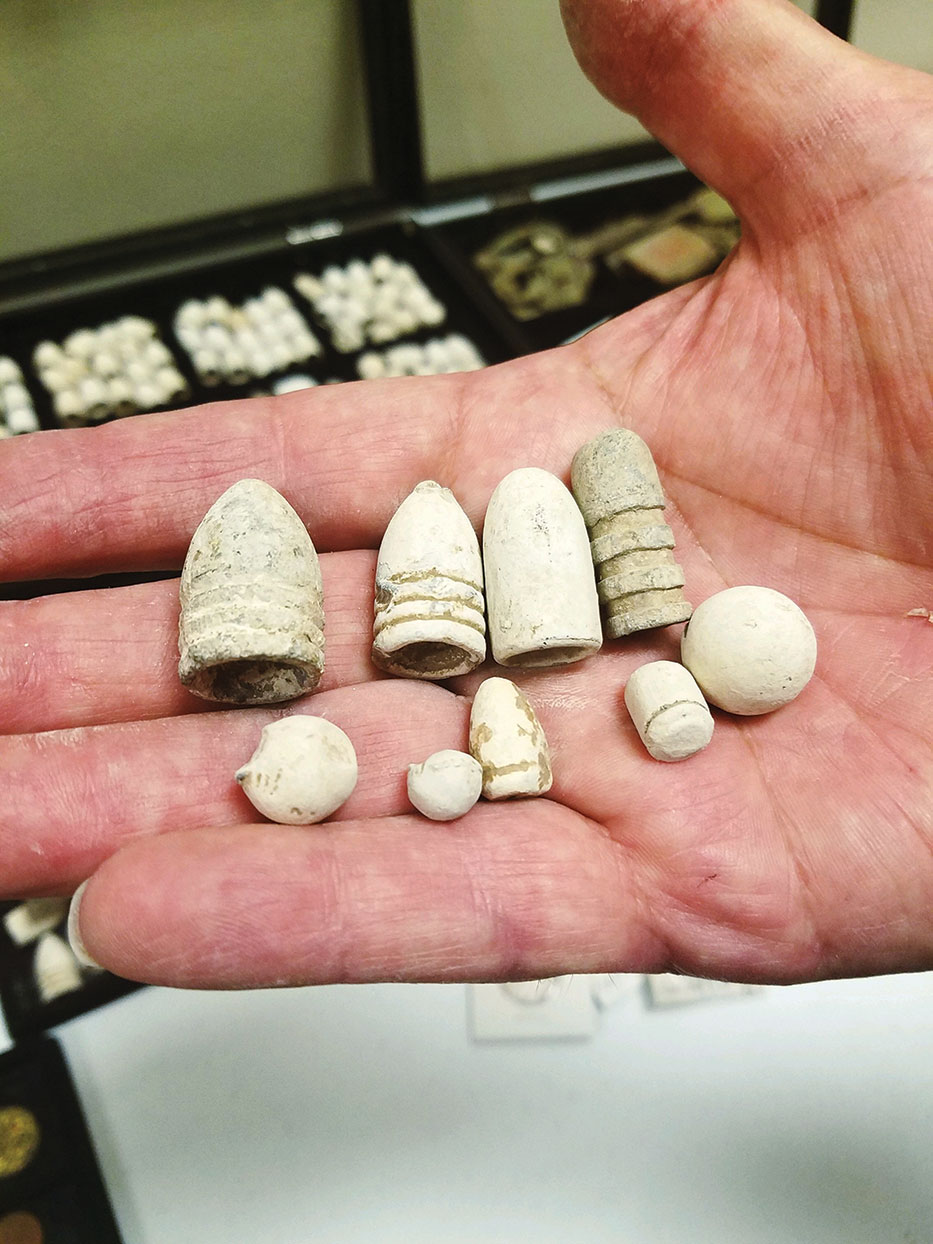 Group digs for the past

There are many ways to study history and the Laclede County Treasure Trackers have discovered a past time that takes them down all kinds of historical paths, old and new.

The members of the metal detecting group, however have a warning for all who take up their captivating hobby, it is highly addictive.

“It’s the luck of the draw,” according to Greg Darrow, president of the group that meets monthly at the Lebanon-Laclede County Library. “I found two quarters outside a house near Pittsburg, Kan., one old, one new, one in good condition and one about worn through.”

He pointed to the 1896 coin, the age of which was apparent even without the faint date on the bottom.

“If that older one had been in the same condition as the other that would have been worth a lot.”

A nearby display tables was dotted with bits and pieces of history. The group’s treasures include old jewelry – especially rings – buttons and pins from various military uniforms, coins, parts of antique pocket watches and, of course, lots of bullets, musket balls and other bits of lead related to the Civil War skirmishes and battles that took place in the Ozarks 160 years ago.

“Camp lead,” Noah Smothers, the group’s treasurer, stated as he pointed to scrambled bits of white material. “Soldiers sitting around the campfire would throw lead scraps into the fire and it melted into shapes like these. The various kinds of lead – shot, mini-balls, bullets and so on – turn white after laying around in the ground for 150 years.”

This particular group of collectors started in 2014 but there are similar groups in several Ozarks communities. At each meeting, members bring their latest finds, which might include anything from a cowbell to a gold broach, a silver ring to a cast metal toy from decades past, and put them on display. Then the members vote as to which one is the winner for that month and its owner is awarded a coin prize at the next meeting.

“Sometimes we are asked to search for old property stakes, driven into the ground in years past to verify property lines. The problem, of course, is that people’s memories are not so accurate at times. They have us searching for a stake, which is really just a piece of iron rebar, feet or even yards away from where it is actually located,” another member laughed.

“Proper metal detecting etiquette is so important,” Noah continued. “As a member of our group, you sign a contract, promising to abide by that and if you don’t, you’ll be asked to leave. That includes things like filling in the holes you dig as you look for items and taking your trash with you. If you dig up something worthless like a nail, you don’t just leave it there. You take it with you and get rid of it. We make sure we close gates so livestock don’t get out and be respectful of crops. A lot of property owners don’t want metal detecting folks on their land now because others in the past, have been disrespectful, damaged property, or driven through the crop fields. There’s no call for that and it makes it hard on everyone.”

“There is a lot more to this than most people realize,” Donna Uplinger commented. “For me it’s not so much the monetary value of an item but the history. You are holding something in your hand that is so old and that really gets to my heart.”

“I found a miner’s tag (a tag used to keep miners safe when they went underground),” Pat Smothers added. “They hung their numbered tag on a board to indicate they were still in the mine and took it back once they came back above ground). Or something that belonged to a soldier, it gives me pause. I wonder if that soldier made it back home safe.”

“Everybody thinks when they get a metal detector, they are gonna go out and find gold or silver,” Greg Darrow said with a grin. His most recent finds include an 18-karat gold broach. “The truth is, for all the treasures we have found, we’ve all got buckets full of old junk, nails, metal scrap and wire. And like most hobbies, you spend a lot more than you ever make. Still, it’s those treasures that you do find that keep bringing you back for more.”