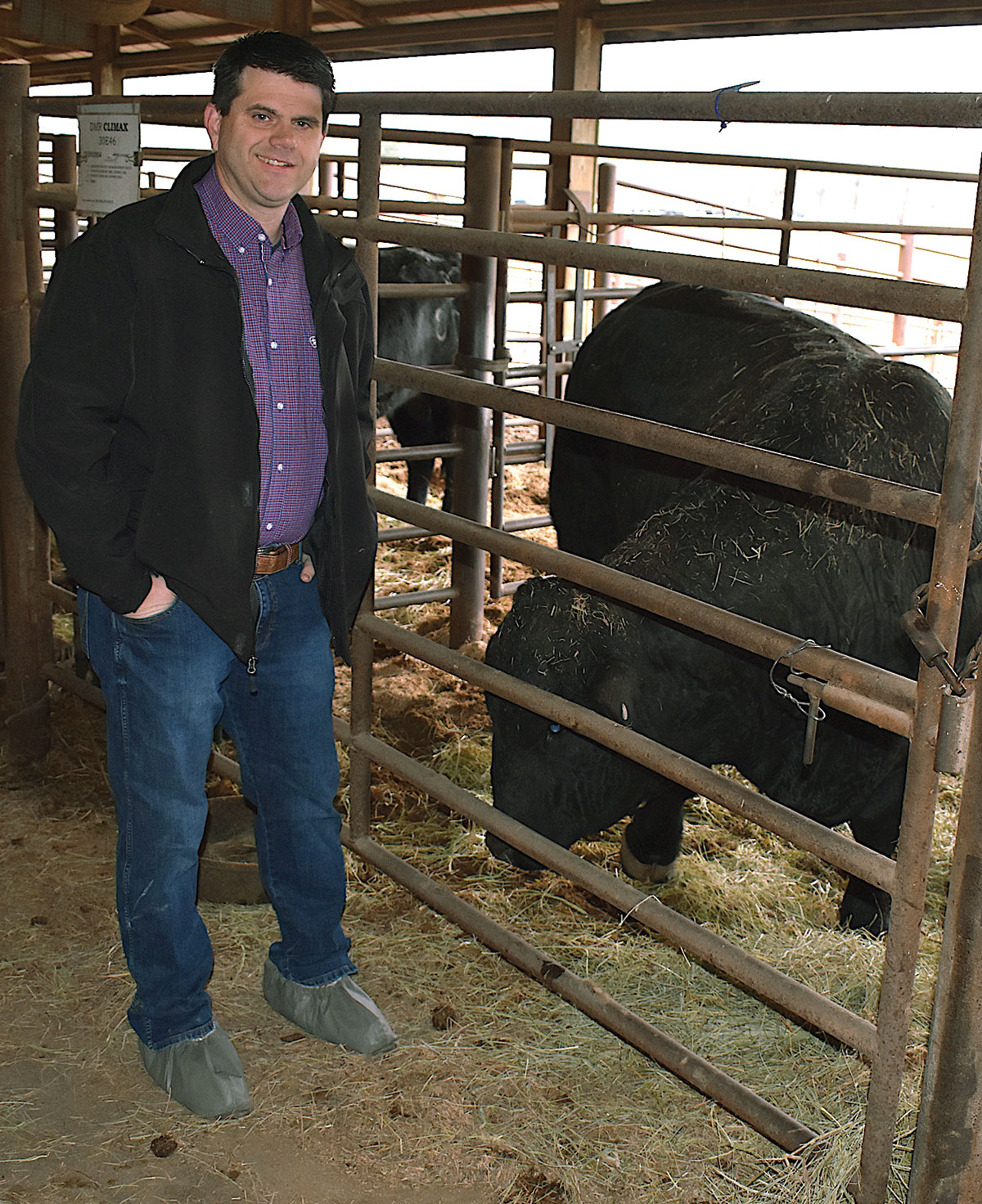 Area cattle producers have to go no further than Strafford, Mo., for the procurement and maintenance of high-quality genetics, and that’s a pledge from new owners Steven and Jamie (Lile) Rogers.

Operating as Show-Me Genetic Services, the bull collection facility near Strafford was acquired by the Rogers family in October 2019, just four months after the Wisconsin-based Genex cooperative announced it would be closing and selling that location.

Though Genex initially planned to move all of its bulls, several remain at Strafford, with Genex now a customer of Show-Me Genetic Services.

Steven said the change of ownership was a “turn-key” transaction.

That crew includes veteran genetic services specialists with from five to more than 40 years of experience.

Keeping with standards set by the National Association of Animal Breeders, just as its predecessor, Show-Me Genetics provides Certified Semen Services, observing various levels of health protocols so semen can be shipped both domestically and internationally.

Show-Me Genetic Services does not offer semen for sale. That’s up to the owners. Show-Me’s role is embodied in the title – Services.

“We’re still here to focus on custom collection for individual farmers and ranchers,” Steven said. “Our objective is to make it as safe as possible for bulls and people, and provide information on semen quality to our customers.”

All collections are evaluated for quality and all applicable health protocols are followed.

With capacity for 70 bulls, Show-Me Genetic Services not only collects, but also stores (freezing in liquid nitrogen) and ships semen for customers, as well as provide breeding supplies – anything related to artificial insemination of beef cows.

The tradition of quality the Rogers family and Show-Me Genetic Services crew pledges has roots in the establishment of the Missouri Farmers Association Artificial Breeding Association in 1946 and the old bull farm on 100 acres south of Springfield.

In 1961 MFA was among five breeder associations that merged to form Midwest Genes, Inc., based in Anoka, Minn. A 1967 merger saw another move to Shawano, Wisc.

In 1974 Midwest began custom collecting semen for producers, rather than simply collecting and selling semen from its own bulls.

In 1983 the old Springfield site was finally abandoned and the company moved to Strafford. Two years laters another merger created 21st Century Genetics, and another merger in 1996 created Genex, a part of Cooperative Resources, Inc. At that time the Strafford farm was one of five CRI facilities in various states, functioning as a semen collection, processing and storage facility for farmers and ranchers from a wide area of the Midwest.

When Genex announced in 2019 it would close the Strafford facility, producers were faced with the dilemma of finding a new collection and storage service, or taking their bulls to distant Genex facilities.

The intervention of the Rogers family assures those producers the same quality semen services provided to area producers for nearly a half-century are still available – and at the same location and the same dedicated crew they’ve trusted for decades.

« More than 80 Years of Culture and Literacy
Reducing costs »