History: “We purchased our land in 2005 because we were looking for something for our retirement, but did not live on it until 2009 when I left radio broadcasting. I now teach American government and speech at Northeastern Oklahoma A & M,” Tom Callan explained. “We chose Oklahoma because it is a beautiful area with affordable land. The land we purchased was totally unimproved, and we had much to do before we could bring any alpacas to it.

“Then, in 2010, we started with a herd of 17 alpacas we purchased from a ranch in Utah with more males than females to allow for breeding and herd expansion. We were up to 69 animals at one point, but discovered a reasonable herd size for us is around 50. We chose Suri alpacas, who are about as common as there are left-handed people, because their coats have a luster that almost glows. Our initial goal was to breed and sell the babies, which are called crias, but after a couple of years we opened the store to sell alpaca goods, such as clothing and yarns. Our first retail location was in Grove but didn’t get enough foot traffic, so we decided in 2015 that we would bring the store back home. My wife pointed out she loved the soft and sweet animals but spent her days away from them, which took away her favorite part of the whole operation. The new plan works well because people are so attracted to and curious about alpacas.”

Products and Services: “One of the ways we increased traffic was to join the Oklahoma Agri-tourism Association. We charge no entry fee and give guided tours where people can feed and pet the animals by hand. Most donate money or buy goods. We have a large variety of products that use alpaca fiber,” Tom said. “These include hats, scarves, gloves, socks, alpaca -related toys, and very soft and beautiful rugs in addition to our fantastic yarns. Some goods are made here, some are attained through trading, and still others are purchased from other producers. Many of our items specify which animal the fiber came from, something people find very appealing.

Philosophy and Future: “One long-term goal is to make almost everything from our own animals. Our philosophy is to let everyone interact with the animals while keeping our business model intact,” Tom said. “One of the ways we keep costs down is paying as we go. We also harvest our own hay which alpacas eat year-round. And sell the excess hay since our 78 acres can produce much more than our alpacas can eat. Finally, we store our harvested fiber in a small building and sell just before shearing season in April because the mills are less busy and prices may be more reasonable when less fiber is being submitted. The result is that we get our fiber returned to us in a timely matter so we can work year-round on production.”

http://www.ozarksfn.com/2020/11/30/zena-suri-alpacas/http://www.ozarksfn.com/wp-content/uploads/2020/11/ZenaSuriAlpacasH-1024x723.jpghttp://www.ozarksfn.com/wp-content/uploads/2020/11/ZenaSuriAlpacasH-150x150.jpg2020-11-30T00:00:00-06:00Terry RoppArkansas / Oklahoma AgribusinessEye on AgribusinessJay,Kathleen Callan,Oklahoma,Tom Callan,Zena Suri AlpacasOwners: Tom and Kathleen Callan  Location: Jay, Okla. History: “We purchased our land in 2005 because we were looking for something for our retirement, but did not live on it until 2009 when I left radio broadcasting. I now teach American government and speech at Northeastern Oklahoma A & M,” Tom...Terry RoppTerry Roppterrymerrill@hotmail.comAuthorOzarks Farm & Neighbor Newspaper
Jay, Kathleen Callan, Oklahoma, Tom Callan, Zena Suri Alpacas 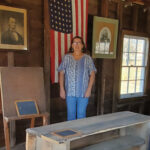 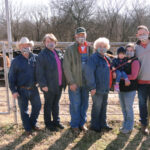 A Family Bound by Farming