The Spears operation includes as many as 1,600 stocker calves, in addition to a cow/calf herd

Randy Spears and his wife Dawna acquired their last 500 acres in an unusual way. Randy’s parents had 105 acres in Farmington that was ripe for urbanization. They ended up trading that land for 500 acres in part of the Weddington community, which means their home is in Benton County. Between owned and leased land, Randy and Dawna farm 1,000 acres with three separate cattle herds.

The smallest cattle “herd” is comprised of six dairy heifers used by their five grandchildren as show cattle. The dairy traces back to Randy’s childhood, which was heavily influenced by his father’s dairy. He remembers showing a Holstein heifer when he was 8-years-old at the district black and white show. Dairy ran in the family with his grandfather, A.C. Williams, receiving a dairy cow as a wedding gift from his father-in-law. Part of what made that show memorable for Randy was his grandfather buying him a green hat, green boots and green whip. He placed third and his competitive nature kicked in.

“The same $200 calf won junior champion heifer at the state fair,” Randy said. “From that time on, I was hooked.”

Now Randy helps his grandchildren show different breeds of dairy heifers so they don’t compete against each other as often, and so they can participate in the premium sale, which includes six dairy breeds. Randy often wondered if all the work involved in his grandchildren’s showing was worth it. His goal was to have each one participate as much as possible in the daily care of the heifers as a way of learning to thrive through having responsibilities. Then Covid hit and his grandchildren didn’t show last year.

Randy’s question was answered when his 13-year-old granddaughter Parker recently asked, “Are we going to show this year? If so, we need to get going because I need to practice.”

The second Spears cattle herd is a commercial cow/calf operation with 135 heavily Angus-influenced females bred by two Angus and three Charolais bulls. The reason for the Charolais bulls is that feed yards, according to Randy, because they maintain the muscle of Angus and the growing capacity of Charolais. The bulls are kept with the cows year-round because Randy’s grandfather always said he never did know when he might need some money for equipment, feed or other unexpected expenses.

“A momma cow’s only commodity is a calf and she can produce an extra two calves in a 10- to 12-year productive lifecycle, so keeping the bulls with the mommas makes financial sense too,” Randy explained.

The commercial herd is worked in the summer, when part of the protocol is to administer a long-range wormer and attach a fly tag, in addition to administering annual vaccines. The herd is provided with good mineral all year long, with hay and protein tubs for support during the winter.

“Cows don’t pay the bills so my commercial herd is made up of second-class citizens and therefore receive the sorrier hay when necessary, but they are citizens and important nonetheless,” Randy confided.

The heart of the Spears’ operation is a stocker herd of 1,400 to 1,600 animals at a time, with new cattle brought in weekly from the Fort Smith, Decatur, Stilwell, Siloam Springs or Springdale sale barns, depending upon the day of the week.

The arrivals, weighing 550 to 650 pounds, are put together in groups within a week of arrival. At that time, they receive respiratory vaccinations, a wormer and ear tags, in addition to being branded. Not long thereafter, they are sorted by size into pens with 80 calves in each pen.

“Respiratory problems are our biggest issue, with death loss always a problem in the stocker business,” Randy said. “Nonetheless, we do the best we can and work at keeping all the calves healthy and productive.”

The steers are fed daily with 17 percent protein soybean silage grown on the farm, as well as 3 pounds of hominy mixed with 1 pound of baking waste to meet energy needs. They also receive farm-grown hay that tests at 11 to 12 percent protein and gain 2 pounds per day. After 100 to 120 days, calves are taken by the semi load to Innovative Livestock Services in Kansas. This trip occures every other week.

For 28 years, Randy has employed the dependable and dedicated Cervantes family. Two out of six brothers work fulltime throughout the year, with the others also being employed on the farm. Randy is deeply appreciative of their contributions to his cattle operations. Randy admits when he was young, he didn’t understand the contributions and management methods for employees. His father Bob always told him that if you’re worried about the payroll you are already broke. He also taught Randy that sometimes it’s necessary to be a cheerleader and thanking his employees for everything they do with every check he hands them lets them know how much they are appreciated.

In an effort to meet more local needs, Spears Cattle Company reserves three to five slots for meat processing for those who might want to buy a 1,000-pound steer but can’t find room in the crowded schedules of today’s processors.

Randy and Dawna have been married for 41 years. Randy works late often and is gone much of the time, including weekends. Dawna is understanding, something Randy deeply appreciates. Though she sometimes goes to the grandchildren’s athletic events alone, Randy is frequently with her as he is when they attend church at the Summers’ Baptist Church.

“I am doubly blessed. I have a wonderful wife and a job I love which means most of the time I don’t ‘work’ because I enjoy what I do,” Randy said. 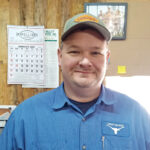 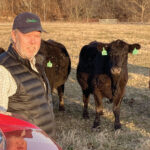 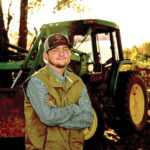