Sidwell served as senior station manager for the 143-acre experiment station, located in the heart of wheat production country just west of Lahoma, from June of 1980 until his passing in December of 2013.

The naming of the new Dr. Raymond Sidwell Research Facility at the station was announced during the May 8 Wheat Field Day. The facility will have a conference room, offices and restrooms compliant with the Americans with Disabilities Act, and will feature a large open bay design that will facilitate equipment and make possible field day events unimpeded by weather.

“There will be a lot of orange integrated into the building, signifying it is an OSU facility, which would be important to Raymond,” said Randy Raper, interim assistant director of DASNR’s statewide Oklahoma Agricultural Experiment Station system. “Those who knew Raymond are aware he was fond of porches, so we’re incorporating one into the front of the facility for all who visit to enjoy and hopefully remember Raymond and what he meant to Oklahoma agricultural producers.”

Through station educational activities such as the annual Lahoma Wheat Tour, Sidwell hosted literally thousands of guests over the years, including agricultural producers, commodity groups, foreign dignitaries, national and state legislators and numerous other officials, representatives and individuals from the public and private sectors.

“Dr. Sidwell was an important part of our Wheat Improvement Team, working tirelessly to ensure wheat growers were able to take advantage of improved crop varieties and research-based best management practices,” said Thomas Coon, DASNR vice president, dean and director. “He really was one of the great ambassadors of the land-grant mission, helping Oklahomans improve the quality of life for them, their families and their communities.”

The Sidwells – Raymond, his wife Brenda and their children Bambi and Brady – have long been highly regarded members of Oklahoma’s agricultural and agribusiness communities, and are recognized by their farmer peers as very progressive and proactive production agriculturalists.

Brady Sidwell, an OSU agricultural economics alumnus and president of the Sidwell Family Farm, said his father implemented many science-proven practices into the family operation that were backed by cutting-edge research done at the North Central Research Station under his guidance.

“Our family is both extremely proud as well as humbled to have this opportunity to honor our father in such a way,” he said. “Research and Extension programs at land-grant institutions play such a critical role in Oklahoma and American agriculture.”

Sidwell added the family is grateful to be able to do their part in further promoting the work being done by the OSU Wheat Improvement Team.

“As a longstanding certified seed wheat producer, we will continue to utilize the best-in-class seed genetics being released by OSU every year and know that the new Dr. Raymond Sidwell Research Facility will only help this already well-respected program reach new heights,” he said.

For Bambi Sidwell, she always knew how passionate her father was about agriculture, in general, and wheat improvement, in particular.

“Growing up on our family farm near Goltry, our dad had an excitement about continuously improving wheat production,” she said. “He enjoyed sharing ideas with other producers that would have a significant and positive impact on people’s lives and their farming operations. Our dad was keen on maintaining a meticulously clean operation, something we strive to continue today.”

An OSU agribusiness alumna, Bambi said the family is proud to be able to take part in honoring her father in a way that continues his legacy.

Funding for the new facility was made through the Sidwell family, the Sitlington Trust and OAES, a state agency that is the official research arm of DASNR.

“The future of Oklahoma’s wheat industry is looking brighter every day with two significant projects: The Dr. Raymond Sidwell Research Facility at our Lahoma station and our new Foundation Seed facility in Stillwater, with construction beginning later this year,” Coon said.

Additional information about financial support programs for DASNR is available through Kathy McNally of the OSU Foundation by email at kmcnally@osugiving.com or by phone at 405-385-5606.

Oklahoma State University, U. S. Department of Agriculture, State and Local governments cooperating; Oklahoma State University in compliance with Title VI and VII of the Civil Rights Act of 1964, Executive Order 11246 as amended, Title IX of the Education Amendments of 1972, Americans with Disabilities Act of 1990, and other federal and state laws and regulations, does not discriminate on the basis of race, color, national origin, gender, age, religion, disability, or status as a veteran in any of its policies, practices, or procedures, and is an equal opportunity employer.

http://www.ozarksfn.com/2015/05/08/osu-names-new-research-station-facility-in-honor-of-raymond-sidwell/2015-05-08T16:03:00-05:00AdministratorOSU Extension Newsand,in,of,the,WheatSidwell served as senior station manager for the 143-acre experiment station, located in the heart of wheat production country just west of Lahoma, from June of 1980 until his passing in December of 2013. The naming...AdministratorAdministrator ofn@ozarksfn.comAdministratorOzarks Farm & Neighbor Newspaper
and, in, of, the, Wheat 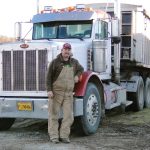