Still in the Family 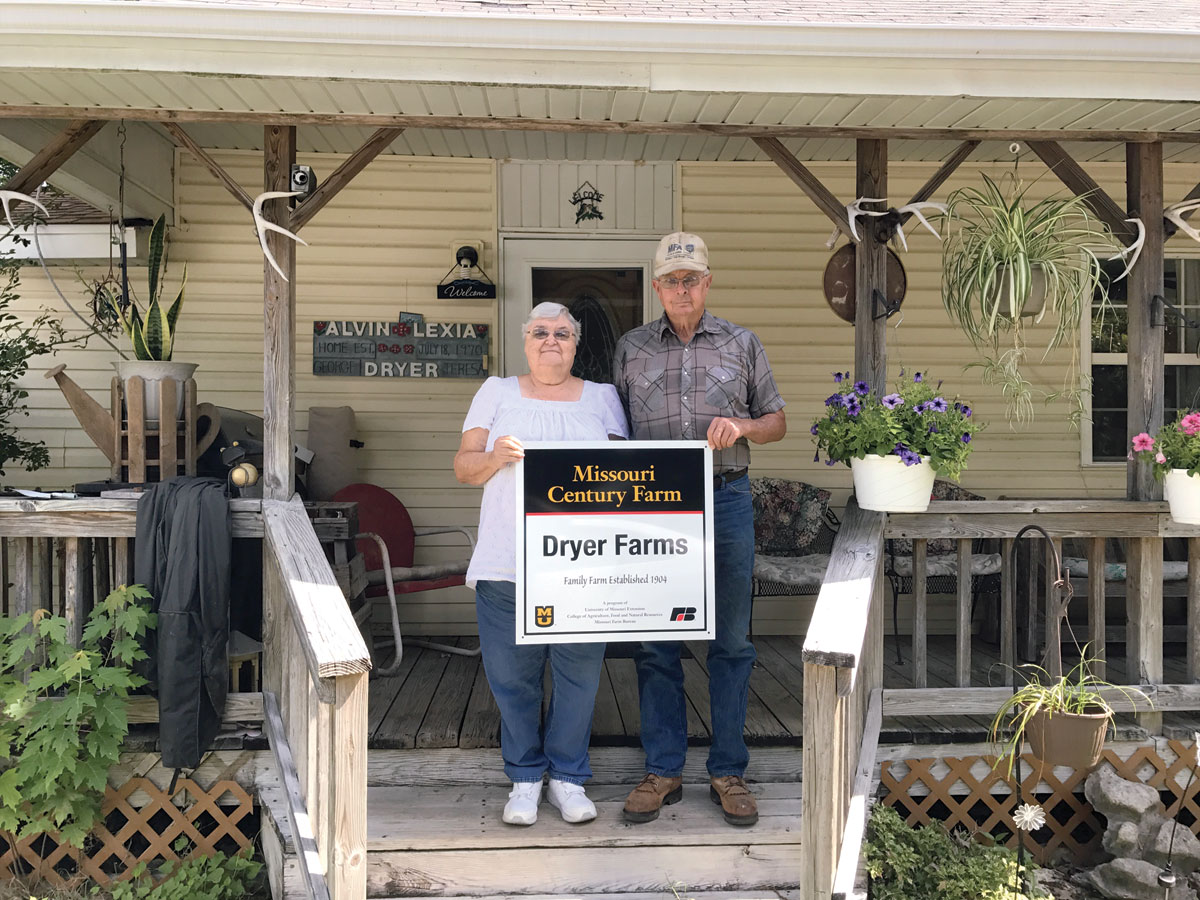 Alvin and Lexia Dryer sat on their front porch taking in the serenity of warm country breeze and quiet as they gazed across old milk barns and fields of freshly baled hay.
Alvin’s grandparents, Frank and Martha, could have been seen doing the same thing more than 100 years ago.
Frank and Martha purchased 76 acres of land in rural Dallas County, Mo., in 1904, making that portion of the Dryer property a Century Farm, a designation from the University of Missouri-Extension in honor of 100 years or more of continuous family ownership.
As the years went by, the farm and family grew. Frank left 80 acres to each of his children, including Alvin’s father George.
George and his wife Bessie carried on the farming tradition, raising dairy cattle and eight children – the youngest of which was Alvin. Farming is a full-time job, but Alvin recalls relaxed Sunday afternoons in the company of good neighbors, playing horseshoes after filling their stomachs with Bessie’s Sunday dinner.
“I don’t know how Mom (Bessie) did it,” Alvin said, “but there was always room for another around the table… We were just poor people living an ordinary life.”
An ordinary life that was, in fact, building a legacy.
As Alvin’s seven siblings went to school or started their own families, Alvin chose to stay with his father to help on the farm and never left.
“This place is all I’ve ever known.” said Alvin, and he loves it. Today, Alvin and Lexia still reside in the home he grew up in, making the property even more special. From his seat on the porch, Alvin points to the front yard and reminisces of a season so dry he played marbles in the dirt instead of mowing the grass. Fluctuating weather, particularly drought, is one of the most difficult things about farming.
In the course of a century, the Dyer farm has seen its fair share of inclemency, most recently a tornado in 2003 and ice storm in 2007.
Such obstacles were even more challenging as the Dryers did not rely on hired hands, but managed the farm themselves along with their daughter, Theresa. Alvin continued to raise dairy cattle, milking by hand twice a day.
“We always said milk cows were like another marriage,” Alvin and Lexia joked.
Indeed, with as many as 50 bottle calves at once, the cattle required daily attention and lots of work. In 2009, Alvin and Lexia decided to retire from dairy farming and take up the slightly less demanding beef cattle. They continue to enjoy farm life, going to work with the sun instead of reporting to the milk barn at 4 a.m.
Alvin and Lexia make the third generation of Dryers to work the farmland, and are honored to claim the Century Farm distinction. Through the good times and bad, they are grateful to have been able to carry on the legacy started so long ago.
The property lies alongside two county lines and across the road from another. The original 76-acre farm now expands into Polk, Hickory and Dallas counties.
“We like to joke with people that we live so far out that we have to go over to the next county to get our mail, when really it’s just across the road.” Alvin said with a chuckle. Alvin and Lexia take little credit, contributing the success of their family’s farm to the hard work of the older generations.
Through the changing of times, the Dryers like to preserve as much of that hard work as they can. With the old milk barns standing in new tin, the Dyer farm continues to stand the test of time. 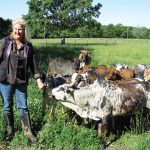 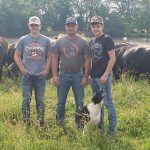 « A Family of Farriers
Larry’s Auto and Farm Repair »