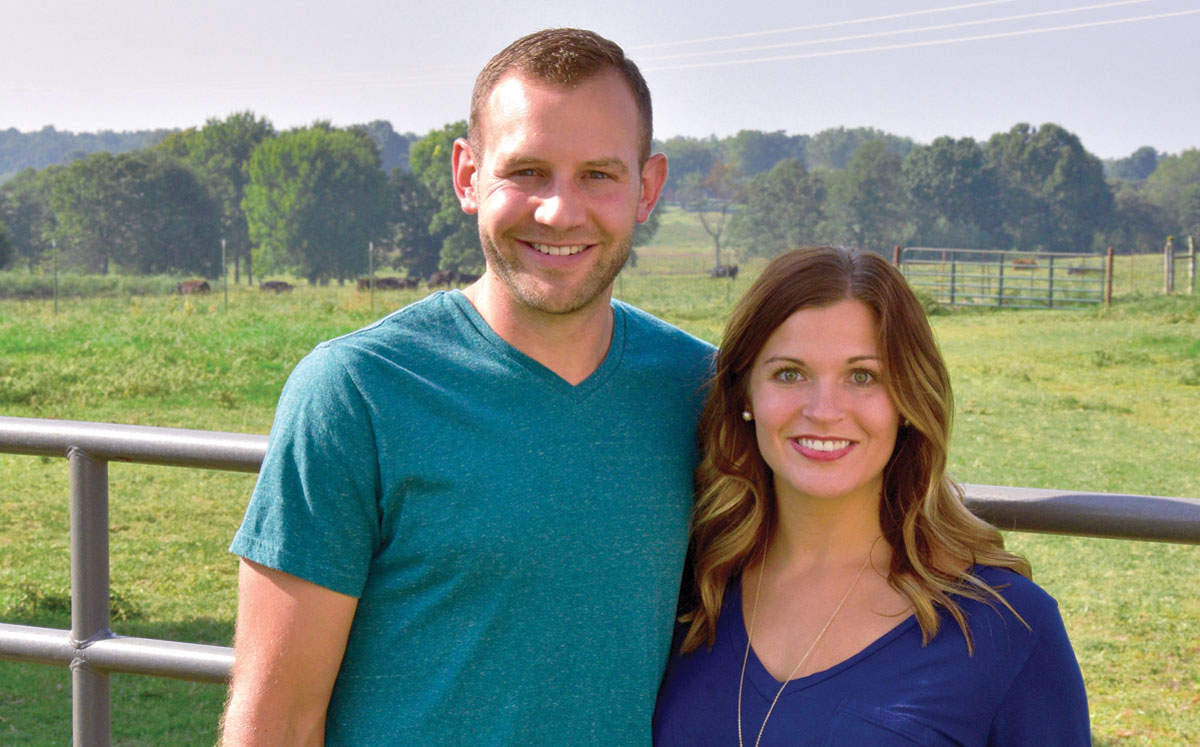 In Town: Allison Pettit-Patton grew up in Lawrence County, Mo., and worked at the Aurora Professional Pharmacy as an after-school job. Now she’s returned to her roots, working at the same business that sparked her interest in pharmacology, married to her high school sweetheart and living on a farm that’s been in her family since 1889.

Growing up in Aurora and Monett, respectively, Allison and Trenton were matched up by friends in high school. In addition to a mutual love for horses, the couple also enjoys long-distance running and travel. Both are graduates of the University of Missouri – Kansas City School of Pharmacy. Allison works at the Aurora Professional Pharmacy as a clinical pharmacist, while Trenton recently began a new position at the Aurora Wal-Mart.

On the Farm: The couple, who married in 2013, are the latest generation to live on her family’s Century Farm in rural Verona, Mo., where they raise cattle, horses and a flock of chickens.

“My great-great-grandfather, Johann Mais, purchased 80 acres of farmland in 1889. He was an immigrant from Germany,” Allison said. “Over many years, the farm more than doubled in acreage. What remains today is the original 80 acres.”

The Mais farm had several “firsts” in Lawrence County, including having the first barn with a concrete floor and the first to purchase a tractor – a 1925 Fordson. Through the years, the farm was used for a wide range of pursuits, from raising livestock and grain crops to an orchard and grape vineyard. The Mais family made wine from the grapes and stored it in wooden barrels constructed by Johann.

Allison and Trenton spend their free time tending and updating the farm (recent projects include building a chicken coop and adding fencing for their growing herd of horses and cattle). Trenton is also getting back into showing Quarter horses, a hobby that was put on the back burner when he was earning his degree.

They’ve also remodeled the house, keeping historic touches like the original cabinets and repurposing a heirloom dining room table into a living room centerpiece. New windows offer views of livestock around the farm.

“Growing up, I was a farm girl living in town. I rode horses every chance I had,” Allison said.

“As a kid, all I every wanted was to have my horses outside my window. Now I do.”