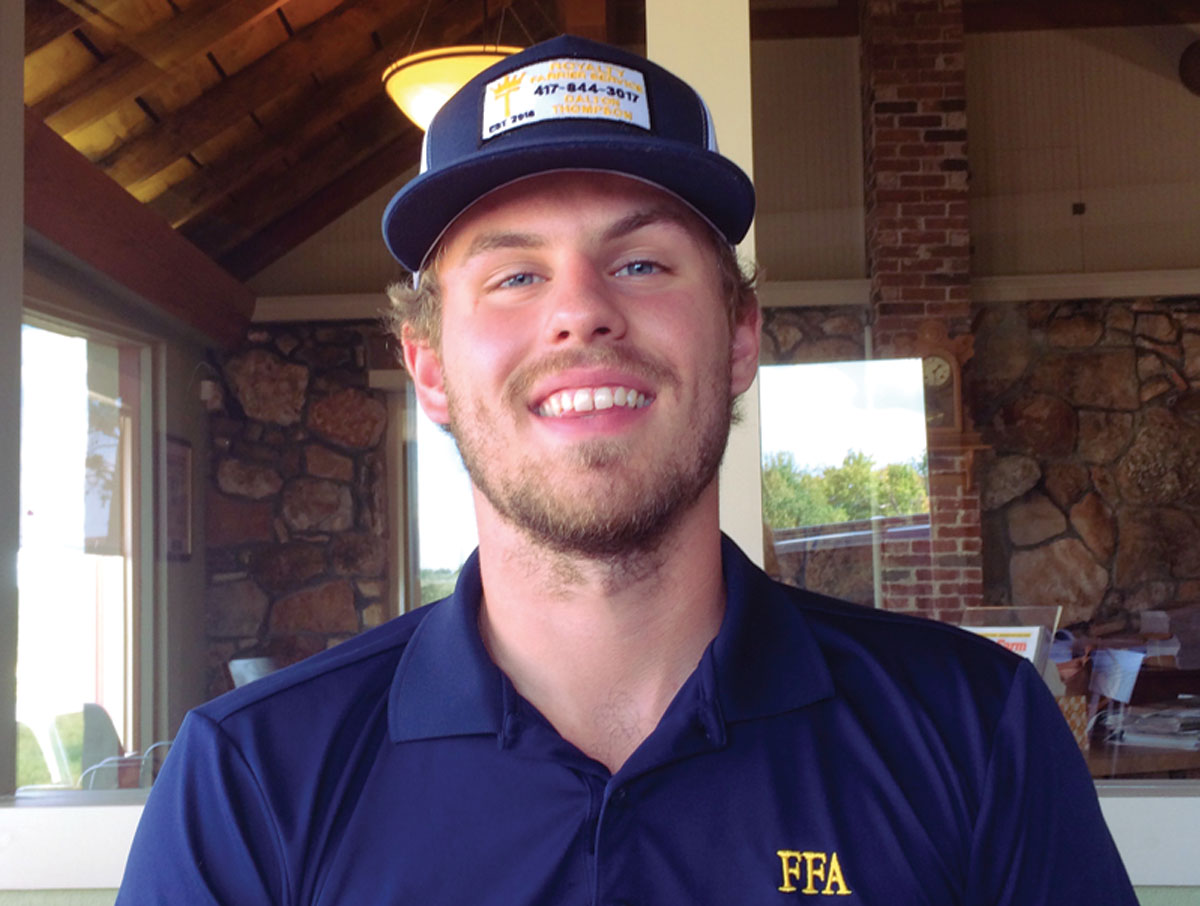 The 2015 Fair Grove High School graduate said he worked a variety of jobs after graduating, but he soon realized he wanted to be his own boss.

Ironically, Dalton had no experience with horses before going into the farrier business.

Services: Dalton has a variety of clients. Big or small, he says he’ll shoe and trim them all.

“I do want I need to do,” he said. “I’ve got guys who have eight or 10 horses, and another guy with two little donkeys. I love one client just as good as the next.”

While his home base is in Fair Grove, Dalton said he spends a great deal of time on the road, traveling to Tennessee, Kansas, Oklahoma or wherever he’s needed.

A service that makes him unique is his handmade shoes.

“It’s like back in the old days,” he said. “I do use factory shoes, but I like to make shoes that are unique for the horse. Owners like it because they feel it is really personalized. I like it because I think it’s cool. I think they are a better fit for the horse. It’s like going to the shoe store and they only have 7s, 9s or 11s and you have to pick one of those shoes to wear. I feel like when I build a shoe, I measure that foot from heel to heel, and if it’s an 11 ¾, I built a shoe to fit that hoof, opposed to trying to force one to try and fit. Handmade shoes are a much better fit and a higher quality.

“I really don’t know many other guys who make their own shoes. I feel like that individuality is a big drive to get customers to come back and make them lifelong customers.”

The shoes are made from hot rolled steel and are shaped by Dalton with the help of a portable forge.

“When I was in school, this guy called me Big Missouri Kid,” Dalton recalled. “I have always said to make this kid your final farrier. The Royalty Farrier Service came from my brand being the Crown T and when you see something that says ‘royalty,’ be it jewelry, money or anything else; when you see royalty, you feel good about what you’re getting. I also like the catch phrase, Keep it Royal.”

Future: “I’d say I’ll be shoeing horses until I’m no longer able to do it,” Dalton said. “There’s something about meeting the small guy who has one donkey in a pasture and treating him the same as the guy who is worth a billon and has race horses. From top to bottom, I love what I do and love where I’m at.”

« What’s In A Name?
Educating Visitors About Farming »