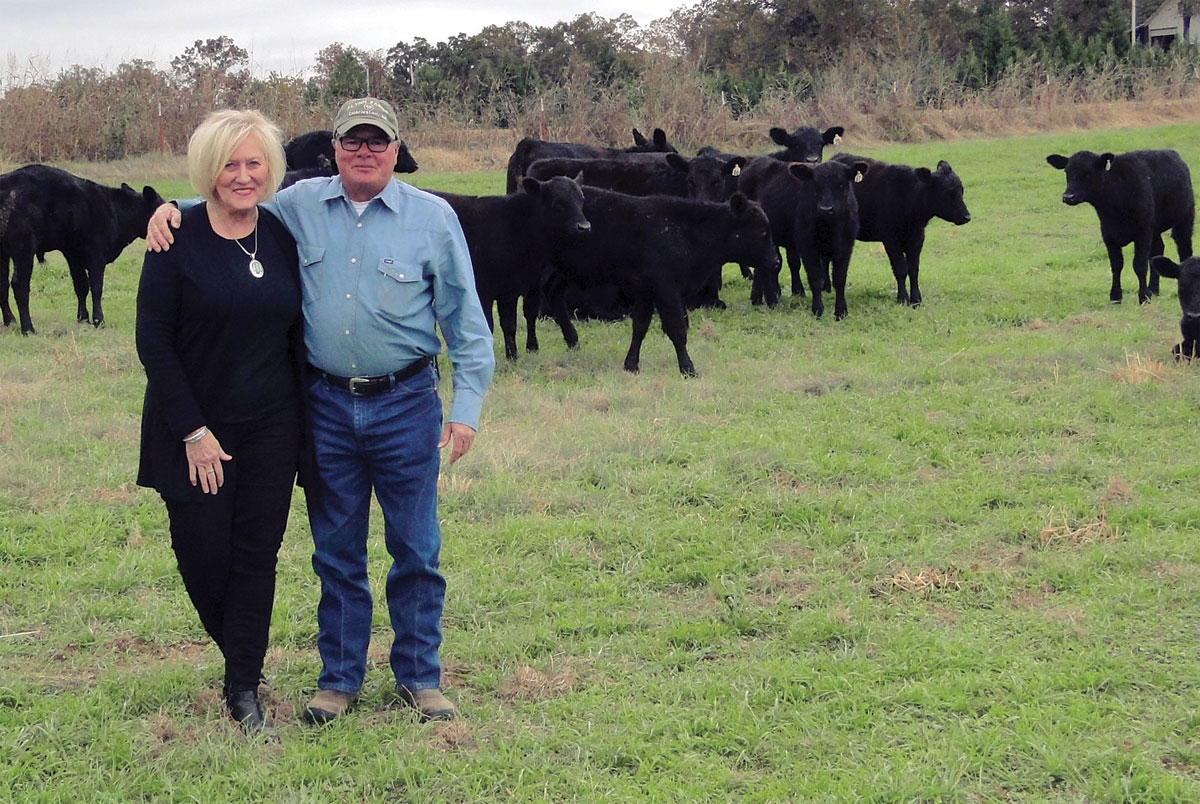 A writer named Thomas Wolfe once wrote a book entitled You Can’t Go Home Again. He was wrong.

Mike and Debbie Flynn of Charleston, Ark., are proof that going home again is not only possible, but can be highly rewarding.

The Flynn family farm was started in Charleston 100 years ago by Myrt and Ina Flynn, who purchased 40 acres. Their son and his wife, Waldo and Veda Flynn, expanded the original acreage to 175 acres, which has since been divided amongst their four children with Mike being one of those.

“She was a good-looking gal and I didn’t think I had a chance with her,” Mike said.

The couple started dating after their first year of college at the University of Arkansas. Mike graduated with a degree in agriculture and then earned a masters’ degree in animal nutrition, while Debbie earned a degree in home economics.

“I love what I do and I’m not quite ready to leave the classroom yet,” Debbie, who is now in her 40th year of teaching, said.

Mike’s career path was not quite as straight. His first job was a two-year stint as an assistant county Extension agent in Harrisburg, Ark., which is row crop country.

“Two years in a career is a short period of time, but two years lived every day where your wife doesn’t want to live is an eternity,” Mike said with a laugh.

Truth be told, Mike wasn’t all that happy either because he missed the hills of western Arkansas, and getting a transfer to a cattle county proved difficult.

When offered a chance by Joe Hiatt to return home with a job at the local bank in Charleston, Ark., Mike decided to make a career change. The decision turned out to be a good one.

Though Mike started at the bottom, he became president of American State Bank in Charleston within 10 years and the Westeern Arkansas Regional President of Simmons Bank 14 years after that. When Mike retired in 2015, he had truly returned home because he was able to pursue the cattle business fulltime.

Mike and Debbie own 200 acres and rent an additional 80 on which they support a 30 pair cow/calf operation that is moving quickly toward a goal of 60 high-quality commercial cows. To accomplish this, Mike recently purchased 17 bred heifers and 18 open heifers from his brother-in-law, Jim Moore, also from Charleston. The open heifers will be bred by one of Jim’s bulls. Jim was recently awarded the Certified Angus Beef top commercial cow/calf herd in the nation.

Logically, Mike relied heavily on Jim’s advice when selecting heifers and herd bulls from Jim’s herd. Mike is now in the process of replacing his current mommas with these heifers and their female offspring. The next step is selling weaned calves from his current mommas and replacing those mommas with females from his heifers as soon as possible. In the future, calves will be marketed at 750 pounds and sold in Oklahoma City where buyers prefer larger calves ready for the feedlot.

Fall calving is Mike’s preference so the young calves don’t have to go through the hot summer and are ready to graze when the grass is ready. Calves are weaned and worked at 500 pounds. At that time calves are vaccinated, wormed and castrated. Mike prefers an injectable long-term wormer and watches all his cattle to see if any need another round. Weaned calves are placed on wheat pasture and provided supplemental feed and a high magnesium mineral supplement. In addition to grass and hay from 56 acres Mike sets aside for that purpose, the cattle are grained daily in fall and winter with a 12-percent protein corn and cottonseed ration from Bert Feed Mill at a rate of 4 ½ pounds per cow. He learned early on from his father the importance of not skipping on feed. Cattle always have free choice minerals with the summer product containing added fly control.

While Mike’s son Cody is an integral part of the operation, Mike does most of the work himself. Sorting takes all day and Mike matches his subdivided herds to pastures that will sustain them without moving.

Looking back on his years in the cattle business, Mike feels the most important technical improvements are not necessarily the more recent ones but older and simpler ones. For example, the gooseneck ball revolutionized livestock transportation and round hay balers made haying far less labor-intensive.

Mike is looking forward to a productive retirement doing what he loves in a place he loves.