Old House Claims a Rich and Spooky Past 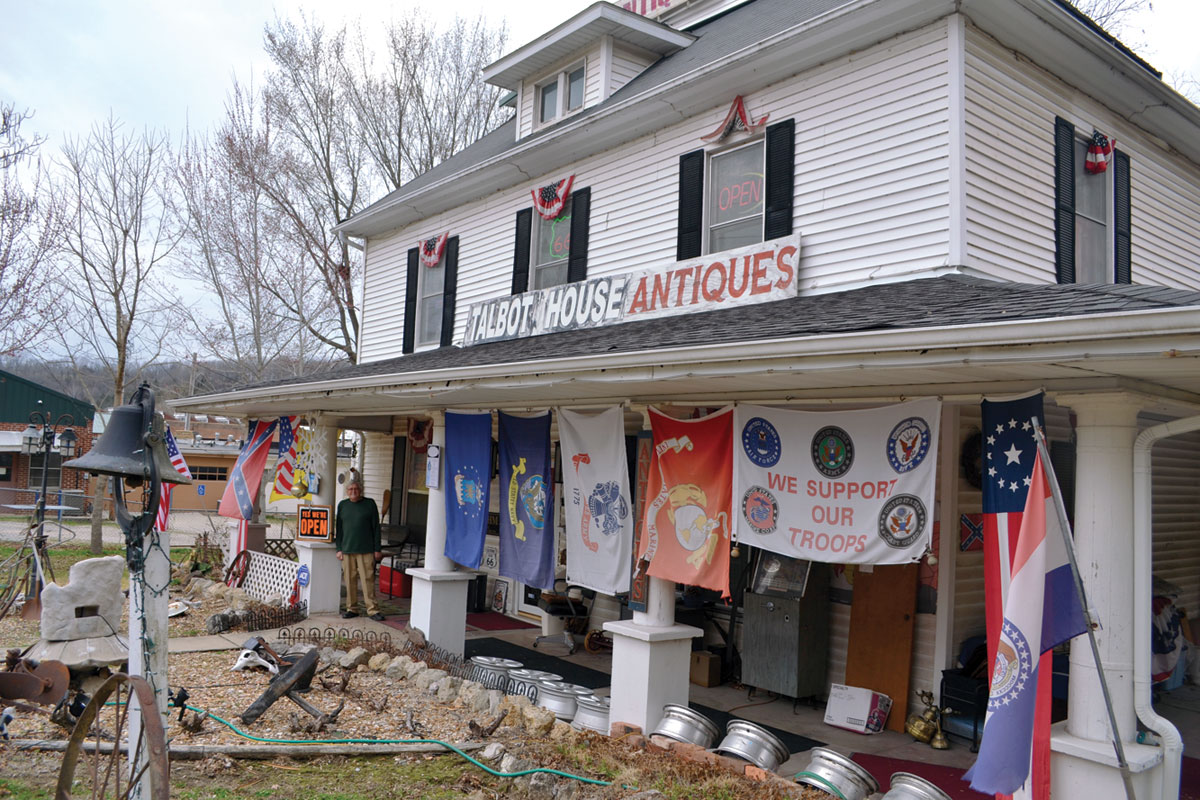 The Talbot House is filled with relics of the past, and some say the spirits of those who have passed

In 1885, Albert Washington Davis, a Methodist minister, built a three-story house in Pulaski County, Mo., that still stands just behind what is today the Waynesville city square. It is among the oldest structures in the community.

In 1920, the house was purchased by Dr. Charles Talbot, a local doctor and nearly a century later, it still bears his name.

He indicated a space encircled by a large three-sided bay window.

“There was no running water or electric in the house at the time,” he added.

“While the house was constructed in an era when indoor plumbing was not a part of most homes, the Talbot House was later fitted with four full bathrooms by turning what were once sleeping porches, original features of the house, into bathrooms,” Keith explained. “The sleeping porches were for use in the summertime to avoid the heat but then later served a new purpose.”

After Dr. Talbot died in 1942, the house was owned by various persons, some of whom even rented out some of the rooms. It had been sitting empty for five years when Keith took it over in 2001. He worked on it for six months and his renovations included 100 gallons of paint before he opened it to the public as the antique emporium it is today.

He pointed out that none of the bedrooms had built-in closets. The closets in some of the bedrooms were added later.  Closets were not a major feature in most houses until after World War II.

In addition to its stately history as a long surviving vintage residence, the Talbot House has also acquired a reputation as a dwelling place of spirits and has experienced a few ghostly encounters.

“I was giving a tour to a couple several years ago, when she suddenly turned very pale and excused herself to go back outside,” Keith continued in a cheerful manner. “After a few moments, the man went out to check on her and then came back to say she was waiting in the car. Of course, I asked if she was all right and he assured me that she was, but that she was quite sensitive to spirits and that sort of phenomena. He said that while we were standing in this smaller room, the spirit of a small-statured woman who walked with a limp, appeared to her.

“He said the woman did not speak to his wife but that it was still very clear this woman did not want her, in the house. The man’s wife then immediately went outside. I double-checked with the man. In this very room was where she saw this little woman? And he said, yes. That’s when I told him that Mrs. Talbot, the doctor’s wife was known to be a very small woman who walked with a limp and that this was her bedroom.”

Keith laughed heartily and then continued with his tour.

There have been several paranormal investigations done at the house, and ghost tours are frequently offered to the public.

Just to be certain that its other reputation is not neglected, David Harkins, a modern day “ghost buster” followed the house owner, and making his way down the narrow partially sunken staircase from the second floor to the first. Suddenly, the lid of a heavy crystal candy dish, literally hopped off a nearby buffet sideboard and hit the floor. The point on the top of the candy dish broke off cleanly. Keith assured David it would be no problem for him to glue it back on. Much more disturbing, however, than a broken candy dish was why and how the heavy glass item literally flew off its secure setting and hit the floor in the first place. No one was near it, no breeze, no loose or weakened floorboards or other factors involved. The Talbot House’s reputation as a place of ghostly encounters certainly remains secure.

Keith, who grew up in Richland has his own interesting history which includes four years in the Marines, followed by another 19 years in the US Air Force. Upon retiring from the military, he added, he took on a “really dangerous job” – teaching school. He taught school for eight years in Newburg, Mo., and another 12 years in Waynesville schools. He has three children, two sons and a daughter, five grandsons, four great-grandsons and three great granddaughters.

Today, the Talbot House is a treasure trove of memories, filled from top to bottom with antiques, collectables, art work, and rare finds of all descriptions sizes, and price ranges, including more that 100 clocks of all kinds.

“The old house has been good to me and I try to be good to it,” Keith said.

Most recently that included putting a new metal roof on the place to stop the roof leaks. “Everything that comes through that front door has a story and a price,” he said with another laugh.

http://www.ozarksfn.com/2018/05/14/old-house-claims-a-rich-and-spooky-past/http://www.ozarksfn.com/wp-content/uploads/2018/05/TalbotHouse-1024x683.jpghttp://www.ozarksfn.com/wp-content/uploads/2018/05/TalbotHouse-150x150.jpg2018-05-09T15:10:25-05:00Laura L. ValentiOzarks RootsAlbert Washington Davis,Dr. Charles Talbot,Missouri,Pulaski County,Talbot House,WaynesvilleThe Talbot House is filled with relics of the past, and some say the spirits of those who have passed In 1885, Albert Washington Davis, a Methodist minister, built a three-story house in Pulaski County, Mo., that still stands just behind what is today the Waynesville city square. It is...Laura L. ValentiLaura L. Valentilauravalenti@live.comAuthorOzarks Farm & Neighbor Newspaper

« Cattle and Horses
Keeping an Eye Out for Bloat »