Is it Time to Cull? 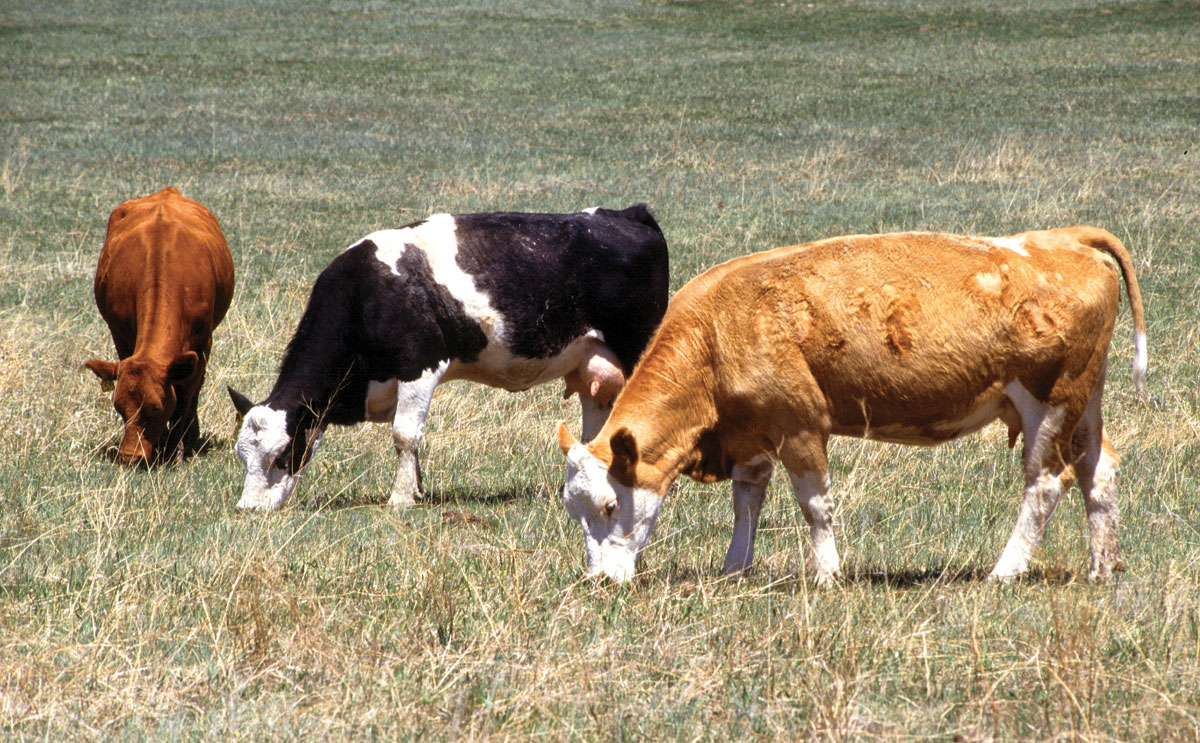 With current weather conditions, it might be time to cull subpar animals

At some point in time, almost every livestock producer has to make culling decisions.

A permanently open cow, a bad-tempered ram or buck goat, or even an old hen that is slacking on egg production – these are all situations that farmers face.

It is important to give each animal a fair shot, but that has to be balanced with profitability, as well as the resources that are currently available to you. With the recent drought and forage shortage in the Ozarks, culling unproductive animals might be a necessity.

Whether a producer chooses to sell or hold cull cows will largely depend on your feed resources.

“A lot depends on the forage you have and the condition of the cow,” noted Eldon Cole, livestock specialist with the University of Missouri Extension.

If a producers has a good quality forage source, but it’s in limited supply, it might be time to send lower performing cows on down the road.

“If your feed resources are a little slim, you’re probably better off taking your losses now, rather than feeding them good feed that your other cows could put to better use,” Cole said.

If you are on the fence about making a culling decision with certain animals, especially those that meet the “Three O” criteria – old, ornery or open – doing pregnancy checks on a herd can help determine whether or not a cow is actually worth keeping. Open cows are a financial drain on an operation, and if a producer has given the cow multiple chances, it’s probably time for her to go.

A cow that is currently raising a calf but is exhibiting poor performance – low milk yield and quality, less than desirable mothering instincts, or sickness in the calf – might also be a candidate for culling.

The most important factor to calf health and calf performance is having a healthy mother with good mothering instincts, according to Dr. Heidi Ward, assistant professor and veterinarian and Jeremy Powell, DVM and professor with the University of Arkansas Cooperative Extension.

Cows that transfer inferior genetics to their calves and cows with inadequate milk production should be considered cull animals. If poor calf performance is due in large part to calf sickness and not associated with the dam, then the dam may still have a productive future in the herd. The age of the dam should also be considered when culling for low performance as first- and second-calf heifers should not be expected to perform at the same level as older cows.

Ward and Powell went on to explain that while appropriate times to cull cows may vary. Production conditions can also influence the best time to remove cows from the herd During drought or other conditions where forage and feed resources are limited, culling deeper into the herd is often appropriate.

http://www.ozarksfn.com/2018/08/06/is-it-time-to-cull/2018-08-01T14:33:39-05:00Klaire HowertonFarm HelpCattle,cow,cull,decisions,livestock,producerWith current weather conditions, it might be time to cull subpar animals At some point in time, almost every livestock producer has to make culling decisions. A permanently open cow, a bad-tempered ram or buck goat, or even an old hen that is slacking on egg production – these are all...Klaire HowertonKlaire Howertonklairebruce@gmail.comAuthorOzarks Farm & Neighbor Newspaper
Cattle, cow, cull, decisions, livestock, producer