Lessons Learned in the Cattle Business 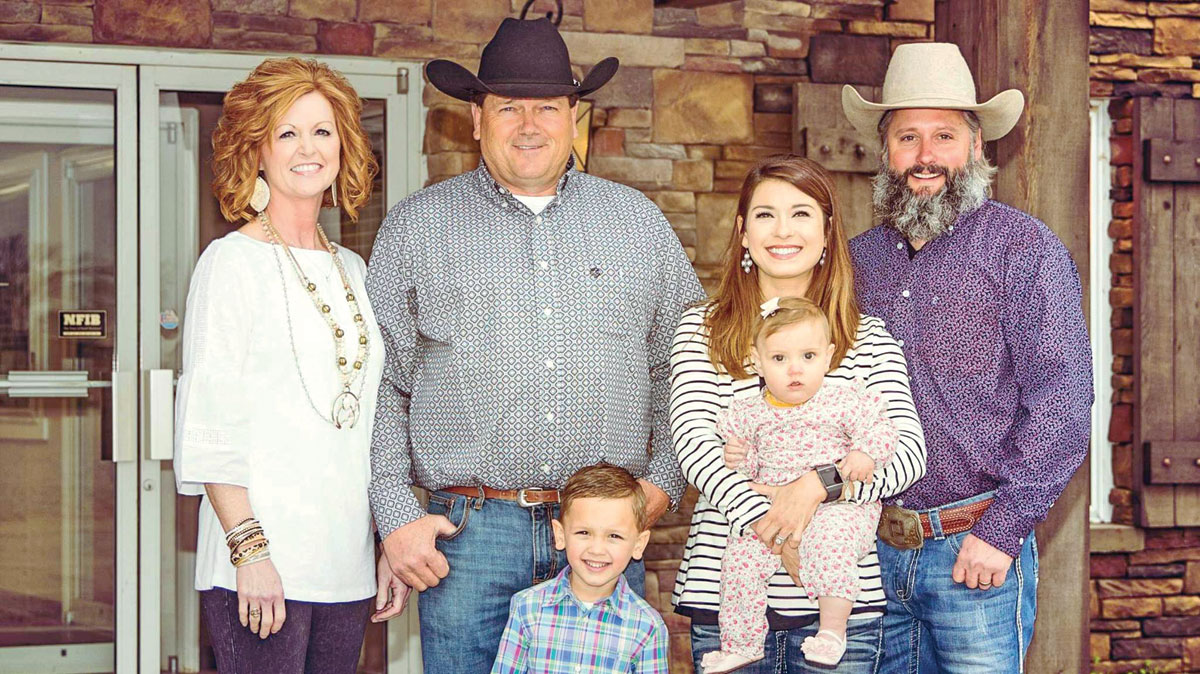 Cattle producer Carl Campbell of Harrison, Ark., credits his success to the mistakes he made when first starting to raise cattle.

Like most farmers, Carl started small, thinking having fewer cattle to manage would be the key to success. That was not the case.  Having cattle to sell was only one half of the equation, the other was having the market.

“I learned really quick having marketable cattle is just as important as having cattle to market,” Carl said. “The key is knowing what your customer wants and growing the cattle to meet the buyer’s demand.”

Carl’s cattle heritage traces back to his grandparents who had a cattle operation near Witt Springs, Ark.

When Carl was 16, his grandparents gave him 10 red-white face cows.

He purchased his first 100 acres in Boone County, Ark., and started milking 70 cows while working in the sheetrock business.

That original 100 acres has grown into a cattle operation of 600 acres owned and 4,000 acres rented. The cattle operation consists of approximately 800 cows, 50 bulls (mostly registered Red Angus and Hereford), 100 replacement heifers each year, and 2,500 stocker cattle.

“I’m scattered out, that’s for sure,” said Carl said. “But I have good working relationships with all my landlords. My goal has always been to care for their property like it’s my own and leave it in better condition than we started renting it.”

In 2015, Campbell seized the opportunity to purchase the Cattleman’s Livestock Auction in Harrison, Ark. There was a two-fold purpose in Carl’s purchase; (1) the opportunity to expand the marketing aspect of his own cattle operation, (2) the auction allowed Carl to include his family in the business and build on their future.

Carl’s daughter, Melinda, and her husband, Landon Logan,  manage the auction. The Cattleman’s Livestock Auction is the largest in the state with 104 acres, 5 acres under roof. The barn averages about 1,500 head per week.

In addition to the auction barn, Melinda and Landon operate a poultry and cattle farm in Carrol County. Their two children Ladd (4) and Larson (1) are the next generation of the Campbell legacy.

“I consider myself successful because of my family’s involvement in the operation and having a strong family,” Carl said. “I have been around farming since I was 5 years old. I’ve been involved with FFA and showing livestock all my life. Strong family ties are very important to me.”

Another key element of Campbell’s philosophy is animal health and wellbeing. The operation is built around the philosophy to avoid unnecessary suffering of the cattle. Ensuring the proper care and wellbeing of the cattle equates to producing high-quality livestock. Another key element of the operation’s success is continually monitoring and identifying specific management tools to help reach maximum profitability.

All hay is stored in barns to protect it from moisture damage, which translates into better quality forage for the cattle. Keeping up with the markets and managing risk are also key elements of the operation.

“Cattle farmers are no different from row crop farmers,” Carl explained. “You have to manage risk, understand cost and have a backup plan if the market changes. And believe me, it changes.”

The family is active in the Boone County Cattleman’s Association and attend church at the First Baptist Church of Harrison.

While the current operation keeps the Campbell family busy, there are still plans on the drawing board to expand. One of the main goals is to continue to improve seed stock and cow/calf production. Using the auction as a base, ongoing customer relations and expanding the client base is also at the forefront. Keeping up with and implementing technology to improve farming operations is certainly one of the top priorities of the operation. Campbell’s hard work and focus on family has not gone unnoticed. The Campbell family was chosen as Boone County’s Farm Family of the year.

“For an operation the size of ours, it takes all of us to keep moving forward,” Campbell said. “But its all about family and ensuring it for future Campbell generations.”

« What’s on Your Banker’s Mind?
Happy with Herefords »