Protecting Those Who Served 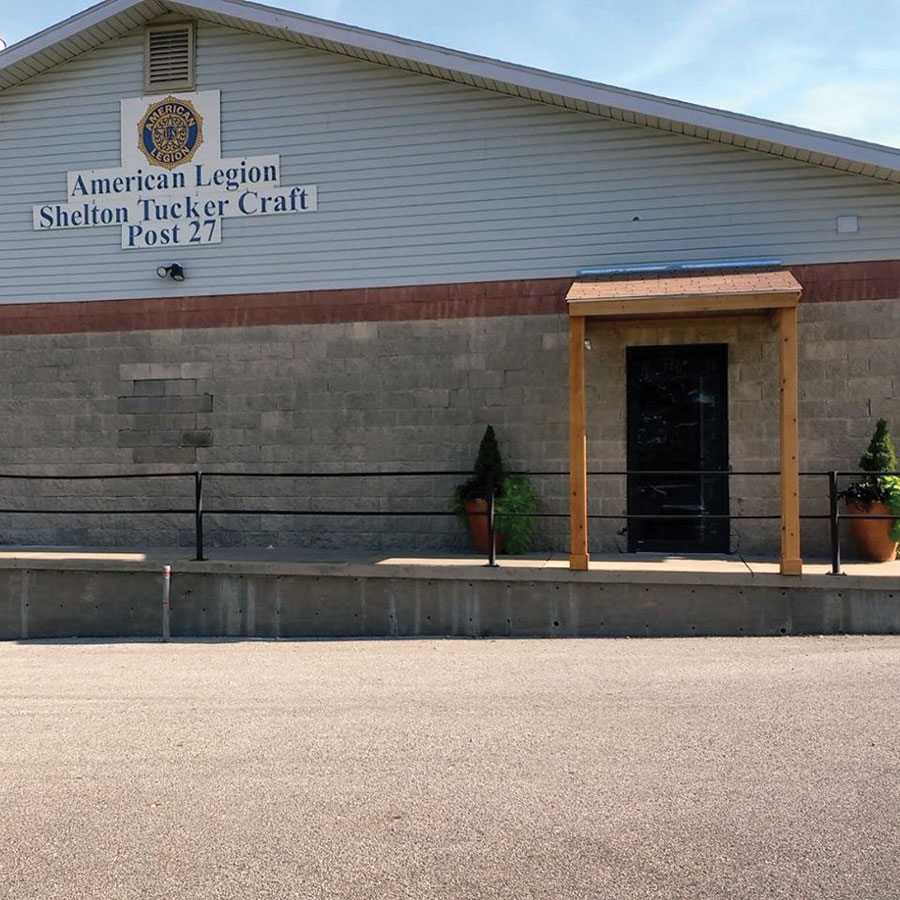 In addition to serving veterans, American Legion Posts play an active roll in many communities

World War I, “the war to end all wars,” produced a huge number of veterans needing fellowship with other veterans as they adapted to civilian society. The American Legion was first formed in March 1919, in Paris, France by members of the American Expeditionary Forces and chartered by Congress in September 1919 with the intention of uniting veterans, service members and communities. What developed was beyond anyone’s expectations or even hopes. Membership skyrocketed to 1 million very quickly and kept climbing until today there are 2 million members and more than 13,000 posts worldwide.

Isaac Caudle of the Fayetteville (Ark.) Shelton Tucker Craft Post, which is among the oldest posts in the U.S., is a World War II POW and has been a member of the American Legion for 73 years. He is but one of the long-serving members who are a part of the post.

The Fayetteville Shelton Tucker Craft Post 27 formed only months after the Congressional charter was formed in 1919. It is named after three service members: Martin Lynn Shelton, who was killed in 1918 in France while trying to carry a wounded friend back to safety; William Marion Tucker, who was listed as KIA in December 1941 at Wake Island; and Clarence Craft, who was awarded the Medal of Honor for his actions on Okinawa Island when he single-handedly attacked the Japanese-held “Hen Hill.” After reaching the summit and throwing numerous hand grenades at enemy positions on the reverse slope, he assaulted the main Japanese trench, chased the defenders into a cave and destroyed the cave with an explosive device.

Over a 10-year period, Clarence logged more than 9,300 hours assisting veterans at the Fayetteville Veterans Administration Medical Center as a volunteer. Craft died at age 80 and was buried in Fayetteville National Cemetery.

Bill Hansberry, a Veteran Service Officer certified by the Arkansas Department of Veteran Affairs, is highly involved with an American Legion visit to the 142nd Field Artillery National Guards’ annual drill practice as an informational outreach program for National Guard members. Another outreach was an Armed Forces Day picnic on May 19, 2018, in Fayetteville.

Mike Culpepper, past commander of both the Fayetteville Post 27 and Huntsville Post 137, is also active in veteran affairs including the Fayetteville National Cemetery Advisory Committee. Additionally, he volunteers several hours a week at the Washington County (Ark.) Veterans Service office answering phones and helping veterans make appointments with county veteran service officers. His father served in World War II in New Guinea and his “Papa” was in the infantry as a Ranger while Mike served as a military policeman in Da Nang during the Vietnam war.

His son was called back to active duty from inactive reserves at the beginning of Operation Enduring Freedom, serving three tours in Afghanistan before receiving orders to return in January 2019.

Logically posts are very similar. The main difference is membership numbers typically varying due to urban versus rural location. Many posts have pancake breakfasts, some on a weekly basis and others more sporadically in addition to other activities throughout the year.

Susan Dearing from Fayetteville explained that the cost of $175 per youth was paid by the Fayetteville post for 30 boys. Two representatives from each of the 49 Boys States then represent their state at Boys Nation in Washington where the young leaders receive an education on the structure and function of federal government.

“These boys get to go to Little Rock, run for offices and compete for scholarships through projects and then help recruit for the next year’s group,” Gary McGhee, also from the Fayetteville post, said.