More Toys Than You Can Count 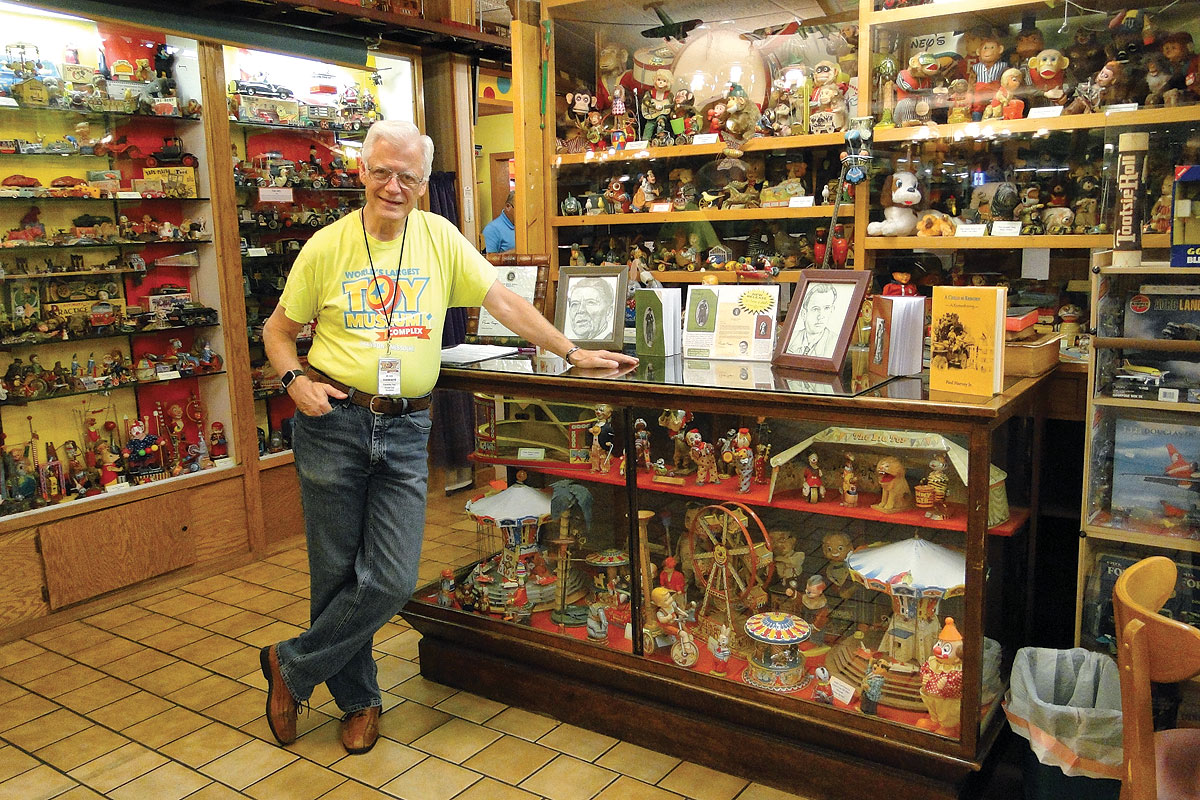 In 1998 Tom Beck’s lifelong fascination with toys became a vision for a toy museum.

He and his wife Wendy began to travel the country to accumulate toys of all ages and sizes to bring into reality their dream of a museum. After scouring the country for three years, they headed for Branson, Mo., to open their museum on the famous Branson strip in what was once a Western Sizzlin Steakhouse.

The couple still purchase toys in addition to purchasing private collections and accepting donations. Often people, who have collections that no one in the family wants, suddenly know what to do with their treasures. Donating to the toy museum allows their collections entertain others.

While developing the museum, Tom, who is a Gideon, saw an opportunity for ministry. Among his employees are Chris Newsome, a gospel magician, and Ron Howard, a musician and preacher who still travels to revivals. The Christian influence is subtle but pervasive in the nostalgic, calm atmosphere that has gathered the love and laughter and joy of all ages throughout the years.

Not surprisingly, the couple’s passion out ran available space. Perhaps providentially, the building next door became available, so the museum spread to what became known as The Memory Barn bringing the museum total footage to 26,000 square feet with more than 1 million toys. The museum is now known as the World’s Largest Toy Museum Complex and houses six museums, many collections, plus more toys than a child could play with in a lifetime.

Toys range from colonial times to the present, from teddy bears to Barbies, to Tonka toys to Star Trek and beyond.

“The museum is a walk-through peoples’ childhoods as they search for their favorite and most treasured toys. Seeing their faces light up when they find a particular doll or tractor makes working here a joy rather than a job,” Ron Howard said.

Ron remembers a time when a woman walked through the museum and found a troll dollhouse. Ron was shocked when she exclaimed that the toy was her favorite childhood treasure. She described many details that left no doubt. Then she described how she left her childhood home to pursue her life elsewhere and how her brother eventually handled the family estate sale where Tom and Wendy purchased the doll house during a trip across the country. The woman looked at it for a bit as the shock wore off and said, “I guess I can’t think of a better place for it.”

Among the museum’s collections is one belonging to World War I era toy manufacturer A. C. Gilbert, best known for creating the Erector Set. When the U.S. entered the war, the need for raw materials was critical and high. The government wanted Gilbert, and many others, to cease manufacturing non-essential items which included Gilbert’s toys. They also wanted Gilbert to be a spokesman encouraging people to buy war bonds instead of toys. Many were afraid Christmas would be lost and children’s dreams crushed.

Gilbert appeared in front of the Council of National Defense, bringing toys with him. Members of the Council looked at and played with the toys for several hours. Gilbert wisely pointed out that toys build the men that protect the country, that America’s wealth of sharpshooters came from air guns they played with as children. Christmas was saved and the museum now proudly displays many of those toys.

Just inside the front door of the toy museum is and extensive collection of Daisy BB guns starting in the late 1800s with Roy Rogers memorabilia nearby. The museum houses an antique miniature teapot collection and a folk art 4-foot Raggedy Ann doll as well as a 1/8 replica of the Oliver pink tractor, part of an impressive collection of farm toys. The museum also has a surviving stretch Armstrong, a 10- to 12-inch tall body made out of a material that stretches. Many were destroyed when young boys tested to see how far they could stretch them.

“If we knew the story of each toy, we would have the history America,” Ron said. “We would know who played with each toy, who that child became and how that child fitted into the historical fabric of our nation.”

Children are also enthralled by the museum as they see the myriad of toys and hear the stories their parents and grandparents tell them. The museum is open Monday through Saturday all year long, except Christmas Day.

http://www.ozarksfn.com/2018/11/19/more-toys-than-you-can-count/http://www.ozarksfn.com/wp-content/uploads/2018/11/Beck-1024x683.jpghttp://www.ozarksfn.com/wp-content/uploads/2018/11/Beck-150x150.jpg2018-11-15T09:18:35-06:00Terry RoppOzarks RootsBeck,Branson,Missouri,Tom Beck,toy museum,toysUnique museum showcases the history of toys In 1998 Tom Beck’s lifelong fascination with toys became a vision for a toy museum. He and his wife Wendy began to travel the country to accumulate toys of all ages and sizes to bring into reality their dream of a museum. After...Terry RoppTerry Roppterrymerrill@hotmail.comAuthorOzarks Farm & Neighbor Newspaper
Beck, Branson, Missouri, Tom Beck, toy museum, toys 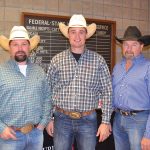 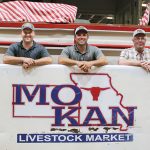 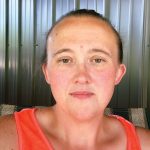 « A Vision for the Future
Promoting the Brand »