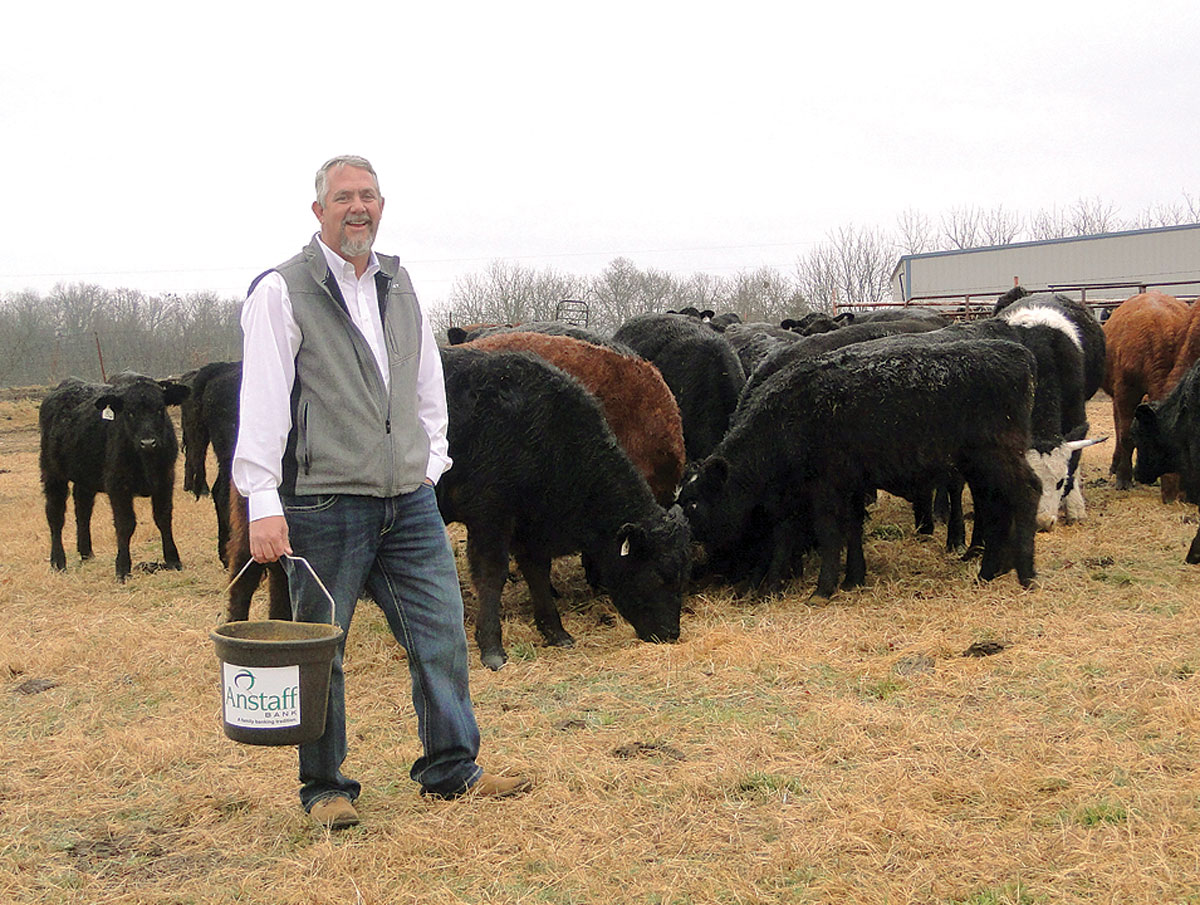 Like so many farmers and ranchers, Don Foster of Oak Grove, Ark., had significant responsibility early on.

When he was 10, Don’s father Loren and grandfather Everett put him in charge of feeding a set of Holstein calves.

“I hated rolling out of bed really early in the morning so I could feed greedy, hungry calves before school but gained both a strong work ethic and a love of agriculture from that experience,” Don said.

Don always had a mind of his own and traveled the path less taken. He chose to show hogs rather than cattle like his friends did. He used the money he earned from bottle feeding calves to purchase “a big old boar” and two registered Duroc sows to pursue his interest, which resulted in winning the county market and gilt shows several times.

Don’s first career was a long tenure as a field man for Tyson. However, he continued traveling untraditional paths and transitioned to being a banker without the usual formal education. Don started at Arvest Bank but later moved to the Anstaff Bank branch where he banked when young. Anstaff always supported him as a young farmer. The banks recognized Don as a valuable asset because of his extensive knowledge of agriculture and his broad network within the agricultural community. He currently holds the position as a loan officer at Anstaff.

“One of the joys of my job is that I still get to help farmers but can farm on our fourth generation farm at the same time,” Don said.

Don sees agriculture as evolving into a niche industry with a wide variety of opportunities and methods of involvement. He believes people simply need to find the place that suits them best.

“I love being part of the process that helps many get started. Also, in agriculture it’s not if problems arise, it’s a matter of when; and I’m happy to be there to help farmers when they do,” Don said.

Don and his wife Barbara knew each other from childhood and worked at a go-cart facility in Eureka Springs, Ark., together during the summers for three years. They married and had two daughters, Olivia and Audrey, who are now adults and have careers in the agriculture field.  Don had always worked long hours, which meant chickens became Barbara’s domain thereby giving her the ability to stay at home and attend the girls’ functions. Don now has a full-time ranch hand to care for the chickens while Barbara works as a McKinney Shelter Insurance agent.

Recognizing a need to slow down, Don recently sold one of his farms while retaining his grandfather’s 300-acre, four broiler house facility. He backgrounds some cattle in addition to running a cow/calf herd with 125 SimAngus mommas and 90 yearlings. He believes the Angus have better maternal traits and lower birth rates while the Simental influence adds muscle. He tried a variety of breeds while his girls were showing and finds the SimAngus best. Consequently, Don has five bulls: two registered Simental, one registered Angus for heifers and two SimAngus.

“I’ve gotten a little heavy on the Sim side, so I am going to add a little more Angus to regain my balance,” Don said.

When Olivia was 15, she and Don took a course in AI and synchronized 75 cows. When the typical conception rate of 50 to 60 percent proved to be accurate, Don felt the system had more variation than fit his lifestyle. Therefore, Don uses a natural breeding period of 90 days in spring and fall. Females are culled if they miss a cycle, have temperamental issues or health difficulties such as hoof problems.

Many of Don’s preferred methods are determined because time is his biggest challenge. One of the reasons for slowing down is to have time to pay attention to the details necessary for success and to have the opportunity to more fully enjoy the time he spends with his cattle.

Don works his cattle twice a year and uses a long-term wormer. He changes brands every three years to combat resistance and feels the results are worth the extra money. In order to be as knowledgeable and efficient as possible, Don took a BQA class on cattle health which focused on less stress and proper injection sites. To reduce stress, he uses fence line weaning at 6 to 8 months with the exact timing dependent upon the weather. Don’s feeding protocol includes 14 percent protein grain to keep his stock tame, liquid feed, and loose mineral. He also uses blue cobalt salt which finds decreases foot issues. Don markets locally at the first of the year and in fall with a target weight of 600 to 700 pounds.

One tip that Don got from his grandfather Everett was that a full barn of hay is worth more than money in the bank. Don admits it took him a while to understand what his grandfather was saying but finally realized a full barn gives him options instead of being at the mercy of variable conditions.

One activity that Don enjoys is talking to groups of young cattlemen twice a year with differing agendas. Encouraged by his daughter Olivia, who is the County Extension Agent, Don works through the Extension Service program to pass on a variety of tips on how to succeed. One important topic is increasing an understanding of inputs in today’s market place.

“I am a steward of the land and want to help others to be so as well. For me, part of this is not dozing all of the woodlands so that it’s available for deer and coon and other wildlife. My hope is that the farm will always be in the family and that I can expand when time permits by purchasing additional adjacent land,” said Don.