A Weaver of Many Tales 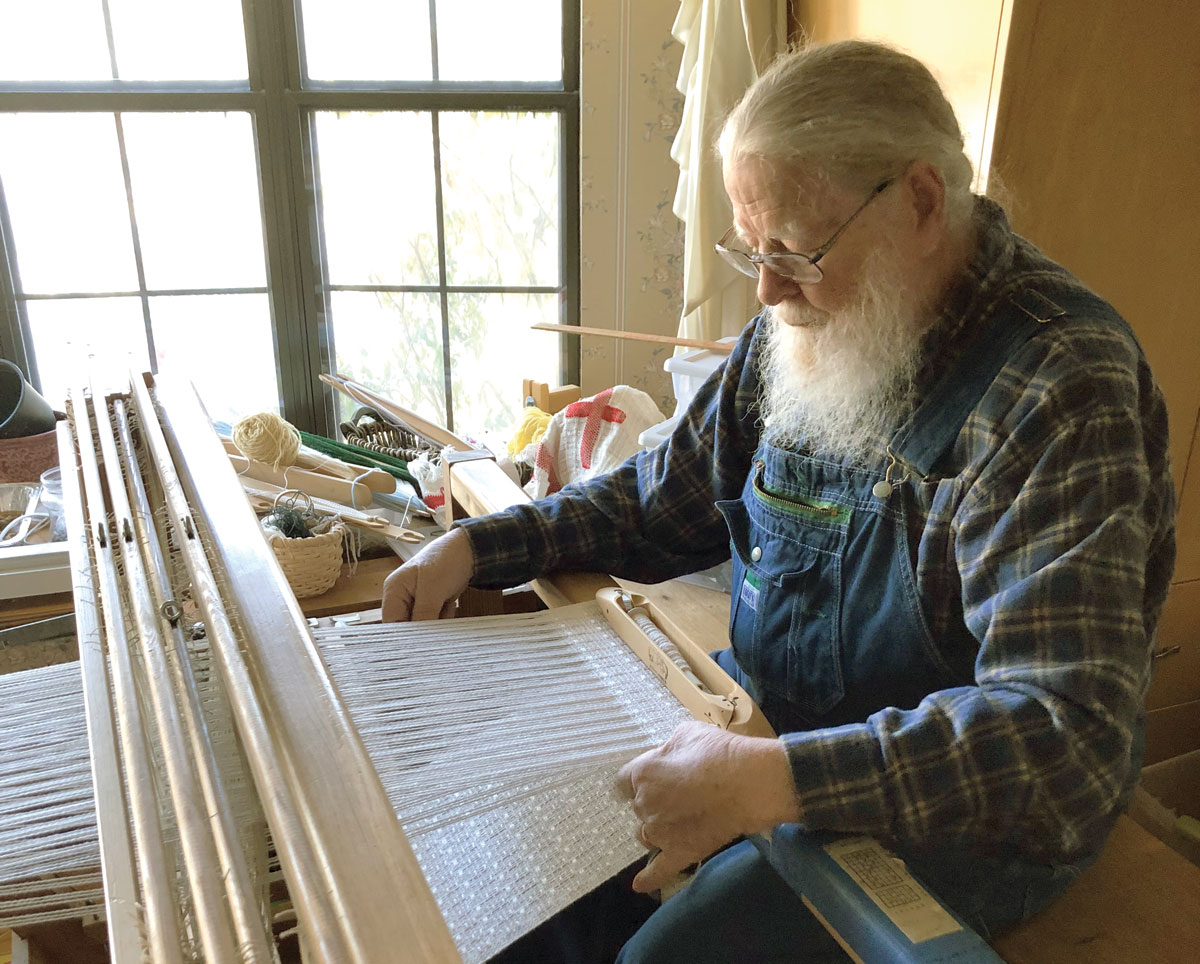 You probably won’t find a more versatile person in the small community of Shirley, Ark., in Van Buren County, than Carl Trahan-True, or more interesting one either.

Carl was one of three boys brought up by parents who were teachers, which could explain his interest in learning new things. He was educated at the University of Nebraska and studied engineering. He entered the military in 1958 and had special duties until 1962. After working with AT&T as a field engineer until 1982, he entered St. Paul School of Theology, Methodist Seminary School, near Kansas City. He and his wife, Bonnie, traveled to several states over the years. They had vacationed in Arkansas and decided it would be a great place to retire. After retiring from the Methodist Church, he and Bonnie moved to Shirley, Ark.

On one of the vacations to Mountain View, Ark., they went to the Ozark Folk Center, where Carl became interested in the process of weaving. At that point, time didn’t permit him to take a class but one of the weavers gave him a book list to read. He didn’t hesitate to get the books and read them.

In 2002, Carl took his first weaving class at the Ozark Folk Center. He was one of the two men to be the first to take the class. The other man had been repairing looms for a number of years but knew nothing about the actual weaving. Carl was shuffled off to the back of the room to use an old loom that had been donated for the weaving class. He was fascinated by the old loom and the technique, but the loom had problems. Using his engineering experience he fixed the loom in order for him to use it.

During the class groups would come and go and then started gathering around the loom he was using. They were fascinated at how even his side edge selvedge was, how his tension was near perfect and how quickly he was understanding the technique and workings of the loom, as well as making use of the different styles of weaving.

You might say Carl was hooked at that point. He had purchased a Swedish loom from a retired nun, and is still using it today. The Gilmakra is a beautiful wooden loom that looks like a fine piece of furniture.

“It’s a joy to weave off a Gilmakra,” Carl said.

He began experimenting with different weaves and came up with his own modified version. His weavings have won at the Van Buren County Fair and at the Arkansas State Fair as well. His beautifully woven textiles are exquisitely crafted. He has made everything from scarves to cloth for a wedding gown.

“We went to a mill on a tour when I was a kid and I was fascinated by the technique,” Carl said.

In addition to exhibiting his weavings, he teaches weaving to willing students and has two small looms for that purpose.

One of his upcoming projects is to weave a rug from recycled blue jeans. He has the project figured out and will be working on it in the near future. The current project on the loom is a beautiful white scarf. One can imagine there will be many more projects to come. His studio space is a working space and filled with all his weaving needs. Along with his other projects such as a tapestry and a small lap quilt.

The story of Carl Trahan-True doesn’t stop there. The 81-year-old pastor at Hope Lutheran Church in Heber Springs, Ark., has been a member of the Highway 110 EH Club for eight years, works on his house, draws house plans, cooks and does a multitude of other activities. He keeps busy with his mind and body which, according to Carl, is the key to staying so active. He leads a busy life and says he has “an amazing wife” who knits, crochets, and quilts. He’s looking forward to Bonnie’s retirement, as the 72-year-old still holds a full-time job. They have four children between them and have suffered the loss of one son to cancer. His son was a teacher and more than 1,000 people attended his memorial service. One daughter lives locally and is a cookie baker.