Growing an Operation a Piece at a Time 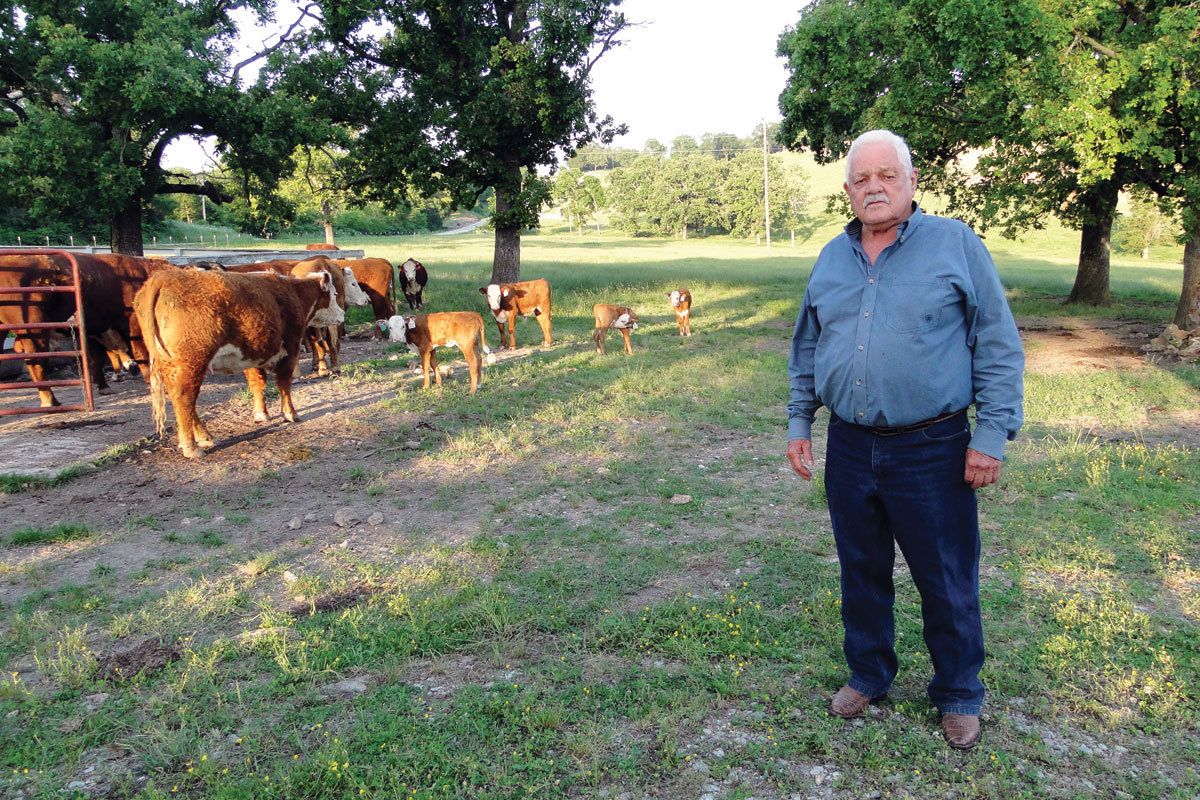 Ken Bowling learned a very valuable lesson when he was 12 years old, a lesson that has given him a good eye for people.

He was around cattle all his life and had some 4-H livestock on his folks 8 acres. He had a beautiful 450-pound Angus steer he took to a sale barn where a cattle trader said, “What are you going to do with that nag? It’s not worth anything, but I’ll give you $60 for him because I feel sorry for you, kid.”

Then that cattle trader immediately sold the steer for $400 and laughed, saying, “Life’s lesson, boy.”

“Without them, I’m not sure I could keep up with my cattle. I plan on keeping my company to support my cattle habit, sort of like a lottery winner,” Ken commented.

Ken started out as a carpenter and bought 10 bare acres in Lee’s Summit, Mo., as his first farm. Ten years ago, Ken decided to take raising cattle more seriously and purchased 20 acres near Berryville, Ark. He liked the land because it was on a highway and had a house and a barn, but also a bunch of cedar trees, though. With his construction business that presented few problems. He then purchased 10 commercial calves to finish out for the summer and rented the house for extra income. Six years ago, he purchased 50 acres in Shell Knob, Mo., which is only 3 miles from the 10-acre place in Car Lane. He picked land that was undeveloped and had potential because it was “Ozark flat.”

The land contained a home site and some pasture, but was mostly timbered with a few cattle having run of the place. What Ken didn’t realize was he had a spectacular view of Table Rock Lake just behind the timber he cleared. Then, three years ago, he bought 75 additional acres just down the road apiece from the Car Lane acreage but also on Highway 86. Next, he purchased an additional 50 acres that connected all of the Car Lane acreage together so that he now has a total of 185 acres.

“I’d been trying to buy that middle acreage for years, and when the lady that owned it called right after I bought the 75 acres, I couldn’t pass up the chance and bought it immediately,” explained Ken.

Last year, Ken bought 150 bales of hay but says he won’t have to buy any this year and hires someone to do his haying. He uses both commercial and chicken litter as a fertilizer and broadcast sprays for weeds occasionally spot spraying for thistles.

Ken’s original seedstock was six yearling Line 1 Hereford bred heifers he purchased from Jamison Hereford Ranch in Quinter, Kan. Ken’s herd now consists of two herds. The first is 30 black cows were bred to his Line One bulls. The commercial cattle are part of the Quality Beef Assurance Program which includes two sets of vaccinations and maintaining the calves for 45 days after weaning before marketing. Ken maintains the program which he said brings 15 cents more per pound, making the expense well worth it. The second herd is made up of 30 registered horned Hereford cows, which are Line One Herefords.

This line was developed in Miles City, Mont., and are 100 percent pure Hereford with no crossbreeding, ever, which are exactly what Ken was seeking. The purpose of the herd is to produce breeding bulls.

All bull calves are weaned at 7 months, weighing about 650 pounds. Hair samples collected and analyzed to determine each animal’s exact heritage and DNA content, with EPDs available if buyers are interested.

Ken’s goal is to develop a known, hardy bull suitable for Ozark terrain and an educated market seeking that type of high quality animal. Bull sales are by private treaty. Currently, Ken retains the choice females and markets the rest for beef, though he plans on selling bred heifers in a couple of years.

Ken feeds a 14 percent blend commodity feed with a significant amount of corn from Powell Feeds. Cows are each fed 2 pounds every other day when on grass though the calves get all they can eat and the bulls 15 pounds a day each.

Health protocol is handled by Brett Buchanan from the Berryville clinic. Bulls and cows are worked in the spring and fall, and all calves receive two sets of shots prior to weaning. Respiratory issues are minimized because of constant attention and care. Worming is attended to when the animals are worked using injectable or pour on.

“I love my cattle but the Davis do 99 percent of the work while I focus on my business. It’s fun watching Zander grow up and be eager to learn the cattle business,” Ken said.

http://www.ozarksfn.com/2019/07/29/growing-an-operation-a-piece-at-a-time/http://www.ozarksfn.com/wp-content/uploads/2019/07/Bowling-1024x683.jpghttp://www.ozarksfn.com/wp-content/uploads/2019/07/Bowling-150x150.jpg2019-07-25T09:34:38-05:00Terry RoppMissouri NeighborsNeighborsCattle,Herefords,Inc.,Ken Bowling,Kenneth Bowling Realty and Construction,Missouri,Shell KnobThe Bowling operation strives to produce top-quailty Herefords Ken Bowling learned a very valuable lesson when he was 12 years old, a lesson that has given him a good eye for people. He was around cattle all his life and had some 4-H livestock on his folks 8 acres. He had...Terry RoppTerry Roppterrymerrill@hotmail.comAuthorOzarks Farm & Neighbor Newspaper 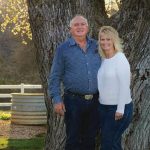