Fall is Filled with Festival Fun 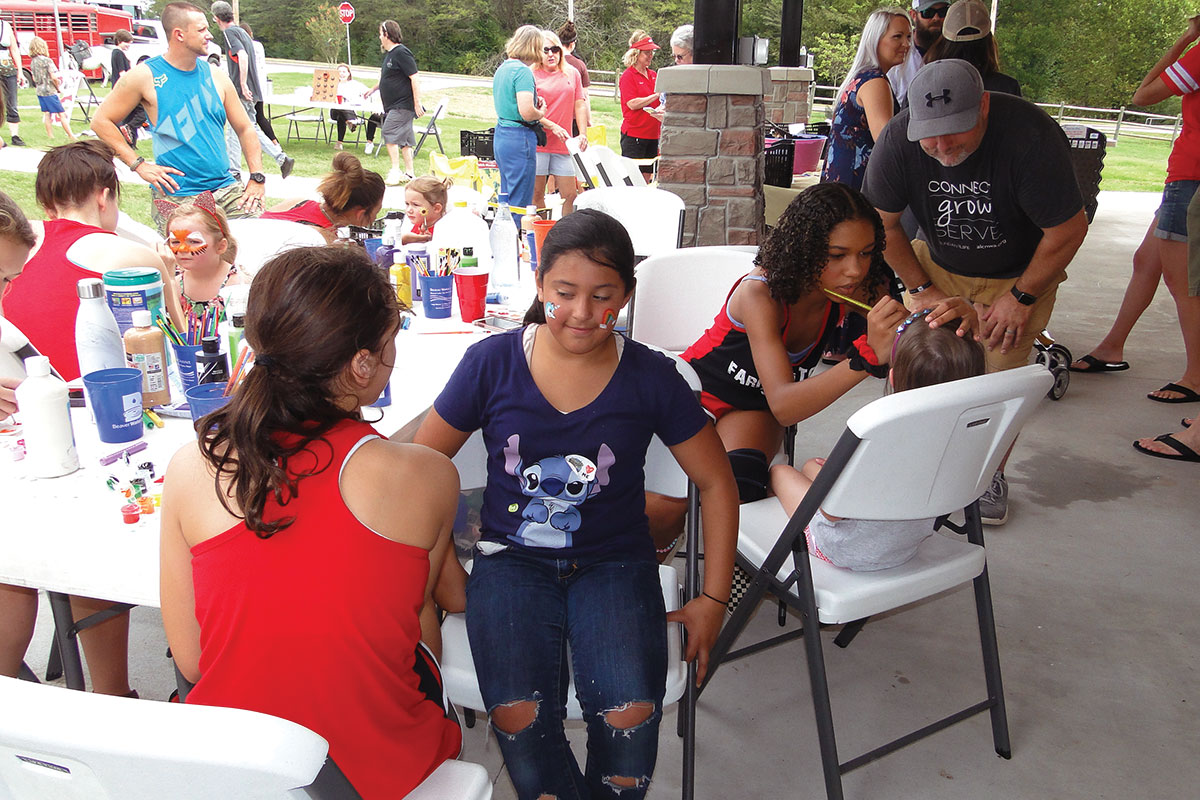 Harvest festivals have been around since ancient times. In the very beginning, ceremonies were held to appease spirits angry at people harvesting what these spirits thought belonged to them.

As time passed, ceremonies became more involved with appreciation for the harvest and were celebrated by feasts.

Most Americans are familiar with our first harvest celebration at what we now call Thanksgiving. This first celebration was between the Wampanoag Indians and Pilgrim settlers in the fall of 1621. The word “thanksgiving” was avoided because to the Puritans the word had a totally religious meaning. Thanksgiving Day became a federal holiday during the reign of President Abraham Lincoln though President George Washington first established it with a proclamation that Thomas Jefferson and others chose not to follow.

As time passed, Thanksgiving became a family affair rather than a true celebration of the harvest. Nonetheless, agricultural communities often celebrated with harvest festivals that lasted several days and included feasting, as well as music, contests and homemade goods. Bavarians and Germans entered the country and brought Oktoberfest with them. Oktoberfest originated in 1811 and included an agricultural fair as well as a promotion of the Bavarian economy and agricultural industry. The two blended and fall celebrations are spread throughout Arkansas and Oklahoma. Some such as the Prairie Grove, Ark., Clothesline Fair are related to a particular event such as the Civil War.

Others, such as the Tontitown, Ark., grape festival more than 100,000 people in attendance and the Wiederkehr Village Winefest in late October celebrate winemaking brought by emigrating Germans coming through Ellis Island.

The more than 50-year-old Wiederkehr Village Winefest in Altus, Ark., is an example of the nature of these festivals and includes traditional German foods, grape stomping and music, as well as other entertainment features. Folk dancing in traditional costume is common. The Vinita, Okla., Oktoberfest is child-friendly with games, pumpkins, scarecrows, German culture and pony rides.

One of the more authentic festivals is the Pioneer Village Fall Festival in Searcy, Ark. It features a walk-through, late 19th century group of buildings with festival participants in period dress. This festival also features vendors, a petting zoo and local music entertainment. Though more modern, Springdale’s Ozarktober Fest features the adult Farm-to-Train Dinner Excursion with fall colors and a five-course gourmet meal on a round-trip to Winslow, Ark. on one of the A & M Railroad’s first-class dining cars. Other events include a bonfire party with music, food and pumpkin decorating, as well as a Springdale Halloween Fest, which features pumpkin carving, a costume parade and carnival games.

Some festivals have unusual themes. One of the most interesting is the Honobia Big Foot Festival and Conference in Oklahoma. The festival centers around Bigfoot lore and features experts on the topic, as well as having music, live acts, a kid zone and campfire.

Another unusual one is the Poteau (Okla.) Balloon Fest with hot air balloons, kites, a pet contest, crafts and ATV and UTV races. Eureka Springs, Ark., holds a music festival at a venue called “The Farm,” which is located on 160 acres with a 360-degree view backed up against the Mark Twain National Forest and within 5 miles of Beaver Lake, Table Rock Lake and the White River. This event features many activities as well as workshops. Russellville, Ark., has had its fall festival for almost 30 years. The event features a chili cookoff, as well as a bike ride, a 5K run, games, a silent auction and antique cars.

Other events such as Washington County, Arkansas’ War Eagle Mill Fall Arts and Crafts Festival and the Junk Ranch, are highly-attended craft fairs focusing on the pre-Christmas buying season though both offer music, food and other events. Oklahoma contributes the Rock Island Arts Festival, which is held at the Chickasaw Train Depot but adding a poetry slam, a children’s creation station, a treasure trove for children and art demonstrations as part of its broad appeal.

If all of this is not enough to entice you to enjoy the fall festival season, there are the many pumpkin patches and corn mazes which delight people of all ages. A quick search of your local area is sure to find something fun.

The truth of the matter is that as our agricultural and urban societies expanded, a sense of community identity lessened most drastically in urban areas. A sense of community brings with it a feeling of belonging and a sense of ownership in that community. As urban areas spread into the countryside, smaller communities such as Farmington, Ark., which is a growing town outside of Fayetteville, are trying to retain and gain more ground in their changing communities. These communities are the new kids on the block as far as fall festivals go with the goal of finding their own community identity. By doing so, they are attempting to maintain the community identity feeling of not that many years ago. The Farmington Fall Festival offered free daffodil bulbs in the hopes that people would plant them while beautifying and tying neighborhoods together.