BillyGail’s Cafe Stays in the Family 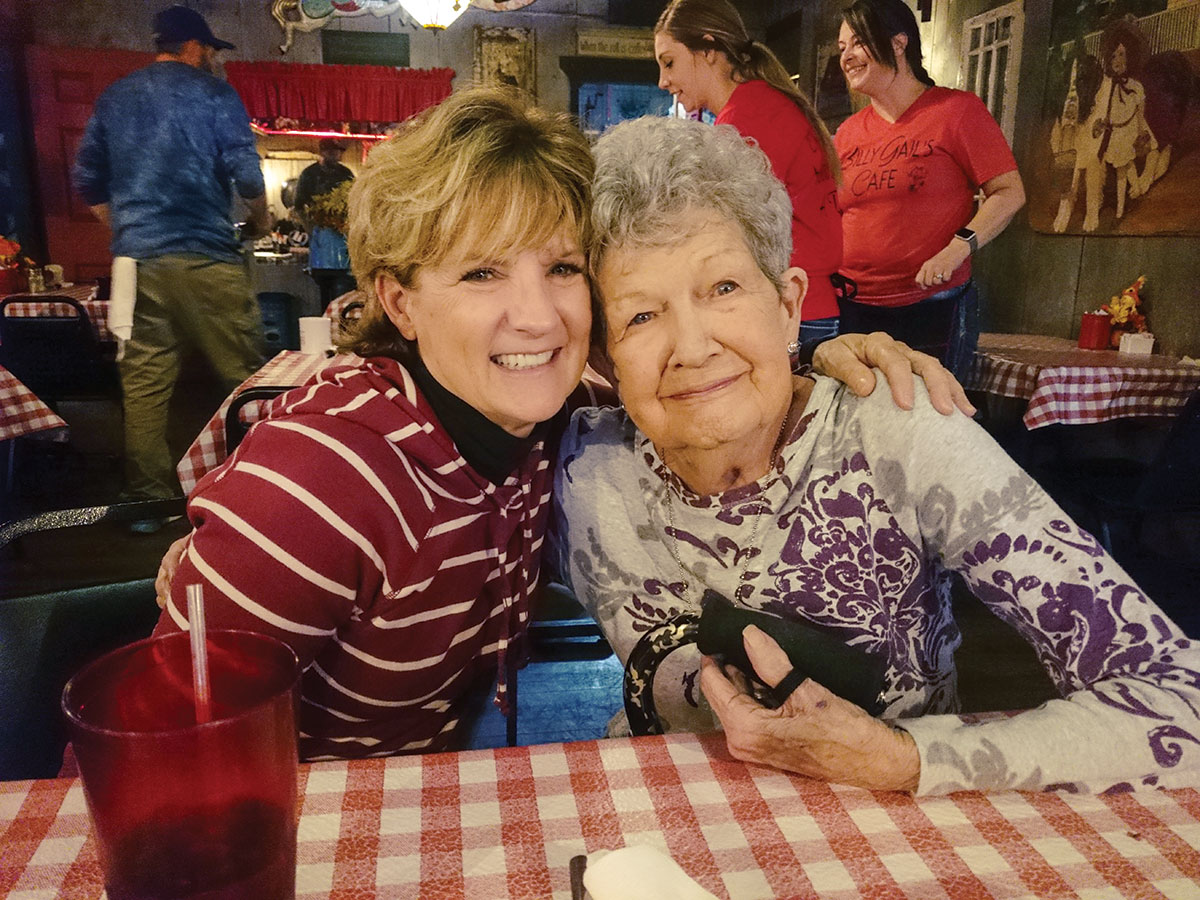 Established in 1995, the iconic Branson, Mo., stop still serves up breakfast and lunch

If they aren’t careful, motorists taking Highway 265 from Branson, Mo., to Silver Dollar City theme park may pass by one of Branson’s few long-standing and locally-owned restaurants, BillyGail’s Cafe.

The breakfast-and-lunch-only cafe’s exterior continues the hillbilly theme with log cabin walls crowded with weathered and eclectic antique decor. Inside, more antiques on the walls and shelves convey a homey, country atmosphere, and the people there are just as warm and welcoming.

Gail explained they decided to move to the Ozarks and establish a breakfast cafe after visiting Branson and falling in love with its people.

“Billy and I gave each other a hug, and we said to each other, ‘We are going to make this work,’” Gail recalled.

With time, they did. The restaurant became famous in the area, through word-of-mouth in the beginning and more recently through social media. They’ve gained nation-wide notoriety as well, being featured in publications like USA Today and Food & Wine, and on TV shows like “Man v. Food.”

Having built a very successful cafe with Gail, Billy tragically passed away in 2012. Gail continued running the restaurant until late 2016, when Gail’s daughter and son-in-law, Donna and Joe Funk, retired from their jobs in Minneapolis and moved down to take over ownership and operation of BillyGail’s Cafe.

Donna and Joe had never worked in the food service industry, so the hectic work environment was a bit overwhelming for them at first.

“It was just crazy all the time,” Donna said. They love working there, however, and plan to stay until their grandson takes over. Gail, though retired, remains a staple at BillyGail’s as well, making sure guests enjoy themselves.

“We love to have fun here,” Gail said. “We make sure everyone has fun.”

The fun draws in many regulars and repeat customers for BillyGail’s, including both tourists and locals. Tourists who have been there before know to come back to the cafe when they visit, as Gail has come to know many of them by name. Locals visit regularly at the times that tourist crowds are easily avoided. Donna credits the continued success to the restaurant staff. She said they are an amazing and motivated crew, with little turnover, as many employees have worked at BillyGail’s Cafe for 10 or more years. According to the owners, the staff stay because of the good hours and the family atmosphere.

“We treat our staff like family because they are family,” Gail explained. “We could not do this alone.”

But of course, the main reason anyone goes to a restaurant is to eat, and part of the appeal at BillyGail’s is the generous portions. Famous dishes are the pancakes the size of hubcaps and the combination French toast and pancake they call the French cake. Large breakfast platters with names like the Belly Buster and Gail’s Ranch Breakfast are also favorites.

After taking over, Donna made several improvements to the restaurant, including modernizing behind the scenes and in the kitchen. Other recent improvements include adding on a new seating area that seats an additional 20 customers, expanding the outdoor accommodations for those waiting in line, and an overflow parking for the typically packed restaurant. Donna said they have plans in store for an add-on to the kitchen and an expanded pancake grill as well.

Through all those changes and improvements, however, BillyGail’s rustic aesthetic and personable service remain intact.

“We use our old recipes, we’ve never changed them. We’ve added on some things, but mostly it stays the same.”

While the Branson landscape and attractions have changed, BillyGail’s Cafe stays true to its hillbilly roots.