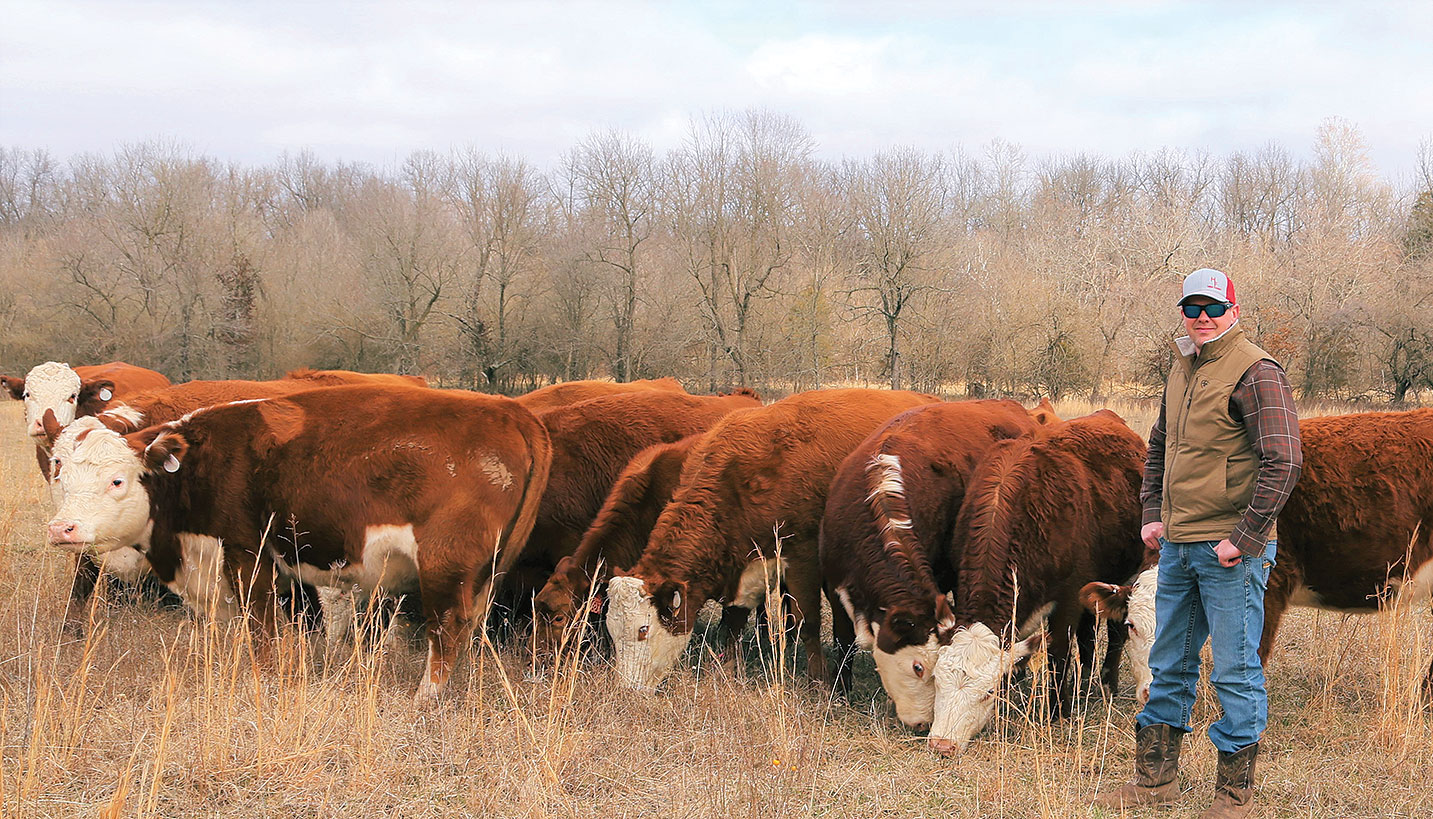 Greg Hess knows one thing for certain – living in town isn’t for him. In 2015 his goal to “get rural” became a reality when he purchased a beautiful 100-acre farm in rural Ash Grove, Mo.

Hess Farms lies in the heart of the stunning Ozark Plateau, nestled along Billies Creek, on gentle hills of grassy pastures as far as the eye can see. The land has a long and rich history in the area. It is teeming with wildlife from naturally grown forest ladened with large Oak and Walnut Trees and has a natural spring.

Greg, 41, is a project analyst at Jack Henry and Associates in Monett, Mo. He oversees all the daily business and operations, as-well-as spending time planning for all the pastures, fences, breeding programs and equipment.

Originally a native of southeastern Iowa, Greg’s hopes of purchasing a farm weren’t financially feasible for a first-time farmer.

“You’d have to be a millionaire to own a farm in Iowa” Greg explained. “Without someone gifting you the land, livestock and equipment, it would be out of the question.”

Billies Creek peacefully meanders through the stunning property. The spring originates in the front yard and provides fresh water year-round.

“I don’t have to go out in the winter to break ice; 360 days a year I love that creek, the other five days I’m fixing what the creek messed up.”

In the 1930s, MFA built a spring house on the farm that acted as a milk depot where dairy farmers dropped off their milk cans so the spring water could cool them.

When Greg purchased the farm, it had been neglected for many years. No fertilizer or lime had been used.

“I’m slowly trying to get things back into shape,” Greg said.

Greg utilizes rotational grazing and is planning to use impregnated fertilizer, such as Grazon or Chaparral, in the spring.

He focuses on purchasing top quality animals and currently has 36 head of Hereford, Red Angus and red baldies.

The entire herd is AI’d with matching breed “bulls I can’t afford.” Then a registered Hereford bull is turned out for clean-up.

Greg feeds tested hay and Purina 20-percent range cubes three-times-per-week, at 4 to 5 pounds per head, enabling the cattle to get the extra protein needed during the winter months.

“I baby them, but I sure do have good-looking ladies,” he said.

His work at Jack Henry requires him to travel extensively.

“When you’re gone you run the risk of having issues, but without my job there is no farm,” Greg explained.

He originally chose Herefords in honor of his grandfather, Delbert Krug’s Hereford Hall of Fame legacy, however, he also likes the breed’s docility and other great qualities such as excellent meat quality, early maturity and high performance on forage based diets, excellent temperament, calving ease and longevity.

“It’s actually a good time to be getting into Red Angus,” Greg noted. “Especially when I’m running a registered Hereford bull with 1A Red Angus cows. This will produce F1 calves, which is the future of my operation. Basically, Hess Farms is looking to take advantage of the hybrid vigor factor in the crossing of these breeds, in hopes that they have brains of the Herefords, and the marketing of the Red Angus.”

Two of his Herefords are “herd leaders” and the rest follow suit, which makes moving them a lot easier.

“I’ve actually franchised them to the farm,” Greg explained. “They get to live here until the end. With my herd leaders, I can make the rest of the herd do whatever I want.”

An interesting bit of history about the farm: In the 1870’s the property was an indigent farm. The poor farms of yesteryear were county- or town-run residences where paupers (mainly elderly and disabled people) were supported at public expense. The farms declined in use after the Social Security Act took effect in 1935, with most disappearing completely by about 1950.

Greg said he could not have built Hess Farm if it were not for neighbors like Von Kieth and Charles Salveter, who he said made a bumpy road a little smoother.

http://www.ozarksfn.com/2020/02/24/taking-advantage-of-hybrid-vigor/http://www.ozarksfn.com/wp-content/uploads/2020/02/GregHess-1024x585.jpghttp://www.ozarksfn.com/wp-content/uploads/2020/02/GregHess-150x150.jpg2020-02-20T16:31:37+00:00Jayne Kinnie-HoutMissouri NeighborsNeighborsAsh Grove,Cattle,Greg Hess,heifers,hereford,Hereford Hall of Fame,Missouri,Red AngusGreg Hess said high-quality Hereford/Red Angus heifers are the future of his operation Greg Hess knows one thing for certain – living in town isn’t for him. In 2015 his goal to “get rural” became a reality when he purchased a beautiful 100-acre farm in rural Ash Grove, Mo. Hess Farms...Jayne Kinnie-HoutJayne Kinnie-Houtaugusta2010@yahoo.comAuthorOzarks Farm & Neighbor Newspaper 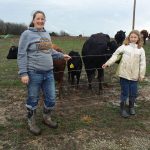 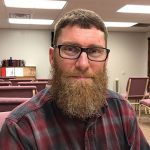