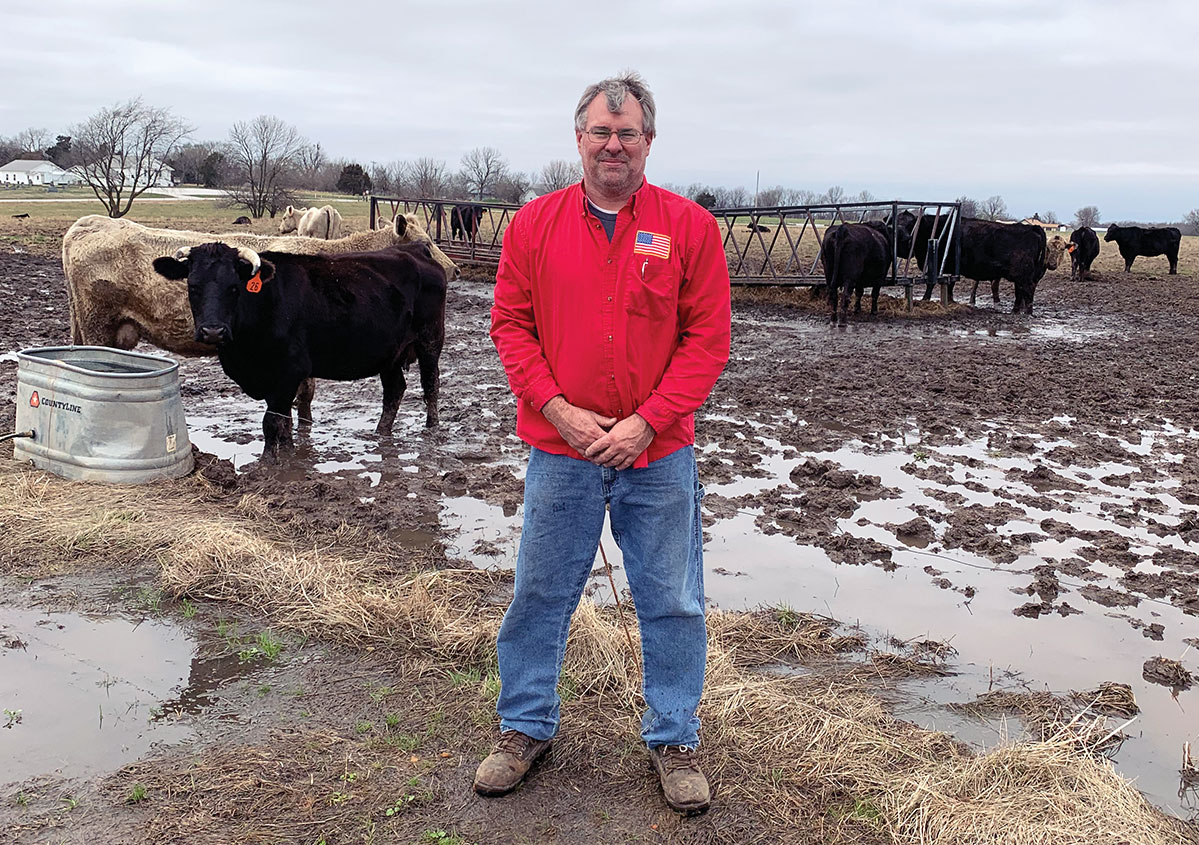 Joe Cassatt has plans for additional growth down the road

Joe Cassatt was raised on an 80-acre family farm in Webb City, Mo., that his dad Larry Cassatt purchased in 1964.

Joe got his first bottle calf when he was just 7 years old. Growing up, Joe’s family had five or six Charolais and raised vegetables and fruit that they sold from a roadside stand at their home.

Over the years, Joe has purchased an additional 350 acres to add to the family farm. They have 60 cow/calf pairs on 160 acres and rent out 190 acres for pasture and crops. The remainder of the land near their home is mostly river bottom ground.

Joe works off the farm doing after sale support. He’s able to manage the cattle with the help from his wife Hilary, who is a preschool teacher, and their boys Jesse (16) and Josh (12). The boys have been helping their dad on the farm since they were 5 years old. Hilary, Jesse and Josh check and feed the cows when Joe is traveling. The boys also fence, and rake and haul hay in the summer. They have also learned how to vaccinate and preg check cows, along with how to maintain and operate equipment. Hilary is from upstate New York, but Joe said she has taken to the farm well.

The family runs registered black Angus bulls, Angus/Charolais and Angus/Hereford cross cows. Joe decided to raise black Angus because he believes they are a proven breed with good genetics and small calves. The cattle are naturally bred and calve from the first of March to the end of April. In their breeding stock, Joe looks for traits such as mild mannered and easy calving. In the next few years, they hope to buy some registered cattle for improved genetics and increase their herd from 60 to 100. During the winter months, they grain their cattle with a 12-percent ration and feed hay. The cows get VitaFerm mineral year-round and mixed grasses and fescue during spring, summer and fall. They would also like to start incorporating Bermudagrass for pasture and hay. For prevention measures, the Cassatts vaccinate their cattle with Vira Shield 6+vl5, Pinkeye Shield xt4, Blackleg with Covexin 8 and Cydectin wormer. Calves are weaned at about 8 months of age. All calves are marketed through the value added sale after the first of January at Joplin Regional Stockyards.

Every farmer is always looking for ways to be more efficient on the farm. The Cassatts have implemented a rotational grazing program along with additional water tanks located in paddocks. They installed a well recently to reduce water costs, and about eight years ago they bought a GPS system to use in the tractor when spraying for weeds and spreading fertilizer on pastures. This has saved costs significantly because there’s not as many skips and overlaps.

Over the years, Joe has learned the ups and downs of the cattle market. Cattle prices have severely affected farmers right now, but he hopes they will bounce back quickly. Joe believes in the near future there will be more internet and live video-based cattle sales.

Joe has been fortunate to have several encouraging farmers nearby who have helped him be successful in his cattle farming. Some of his cattle knowledge has been self-taught, but he credits a lot of his success to listening, watching and observing the “older guys” such as Lloyd Southern, Steve Elliott, Chuck Hammons and Charles Honey. He recalled Lloyd, a family friend who passed away last fall saying, “Always try your best, work hard, and trust in the Lord to guide you.” Another nearby farmer, C.L. Farabi, told him to “Buy the best equipment possible, even if you don’t think you can afford it. The additional uptime you gain by purchasing that better piece of equipment will pay dividends over something that was cheaper and less quality.”

The memories he holds on the farm is the time with his family. Both Jesse and Josh want to continue to work and expand the farm and he feels they have a good basis to start with. He advised his boys and other young people who want to pursue to listen and watch other farmers.

« Cas Salley
A Farm of Their Own »