Some families can point to an earlier ancestor as being the founder of the local legacy. For the Collier family of the Collier Drug Stores, that ancestor was M. M. Collier who opened the first store in 1917 on the Fayetteville, Ark., square.

Like so many founders, M. M. was a visionary with a strong sense of civic responsibility as indicated by his serving as a state legislator. Early on, he lived in Prairie Grove, where he worked as the produce manager of a business called Southern Mercantile and helped start Prairie Grove Phone Company in the early years of the 20th Century. Just like Collier Drug Stores, the telephone company still serves the community and is family owned. M. M. had the ability to identify trends and needs. Therefore, in 1917 he bought the Red Cross Drugstore on the square in Fayetteville, retaining the name because of the familiarity of the term “Red Cross.”

In those early days, aspiring pharmacists served an apprenticeship to earn a certificate rather than going to school for a two- or four-year degree before entering a three- to four-year doctoral program as is the case now. M. M.’s intellectual diversity, his ability to accurately envision the future and his drive to serve others seems to have been passed on to his future generations because more than 100 years later Collier Drug Stores are still known for timely innovations, quality products and service, the including free delivery in their rural areas. In the era of big pharmaceutical chains and the recent era of the coronavirus, reaching out to aid rural and urban customers in maintaining “shelter in place” is as rare as it is helpful. The stores maintain a fleet of 15 delivery vehicles that provide this free service, which makes up 25 percent of their business.

“During these difficult times, free delivery has significantly increased our business,” said Lauren Underwood, Collier’s resource manager. “Our customers have valued the service for four generations, but the coronavirus has highlighted that value and made us a more desirable choice for many.”

Company awareness of innovations and its ability to apply them to the drug business is an earmark of the kind of forward thinking that marked M. M.’s entrance into pharmaceuticals. When the second store opened on Dixon Street in 1950, the doors opened with the help of electricity. The only other electric doors in the state were in the state Capitol Building. That same location became the fourth pharmacy in the country to use computers to keep track of prescriptions.

Computer use expanded in 1990 by switching from main frame computing to PC-based computing with the company today having 116 PCs and 13 servers. In 2001, the company began using three ScriptPro robots at three of their busiest stores. These robots sort through 100 pill-form medications. They count, pour, label and package prescriptions for pharmacists to administer, an important asset in annually filling nearly 400,000 prescriptions accurately and efficiently. Collier’s attention to innovation has allowed the company to successfully compete with chain competitors and distributors.

Red Cross Drugstores location on the Fayetteville square was in the heart of young Fayetteville’s business district but also in direct competition with several other drugstores. M.M.’s grandson, 78-year-old Carl Collier, clearly remembers that first store having a basement where the delivery car was parked at the end of the day. He also remembers the 20 steps that had to be taken to get to the main floor. An additional Dixon Street location solved parking issues on the square and was the first store with the name Collier Drug Store. Carl’s mother, Isabel Collier, fully supported his father Morris G. in taking the chance of moving off the square. Part of the challenge was finding a banker willing to put money behind a new business on a street with minimal commercial use at the time.

The Dixon Street location was not only the first Kodak dealer in Arkansas, it was considered “a modern pharmacy with an old timey atmosphere,” which meant being home to a much beloved soda fountain with food and beverages including ice cream and root beer floats. When Collier Drug celebrated its 100th anniversary in 2017, the Dixon Street location was chosen for the honor and had a mobile soda fountain as a nod to the past with inflatables for the kids, live music and other activities popular today.

Great-grandson Mel Collier is now the sole owner and not a pharmacist. His specialty is business management with a management degree from the University of Arkansas in 1994 providing the foundation for his expertise. The chain has stores in 10 locations in Washington and Benton counties. While M. M. might not recognize store appearance, he would definitely feel at home at any of the locations. A passion for serving the people of Northwest Arkansas combined with services such as free delivery and charge accounts make this thriving business likely to be around for another hundred years.

“Our goals moving forward are the same as they have been from day one,” Mel said. “We will remain up-to-date on trends, equipment and industry knowledge and put those to work as quickly and timely as possible. My great-grandfather passed his love of business and care for community down through the generations and I don’t see that changing anytime soon.” 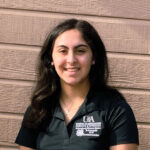 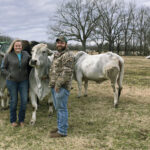 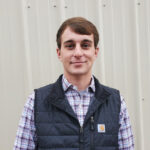 « Are You Eligible for CFAP?
Fresh Cattle Weekly »