The Christian County, Mo., attraction is a piece of Ozarks history

The Smallin Civil War Cave in Ozark, Mo., is anything but small. This National Historic Site gives a salute to the history of the Ozarks region that dates back to prehistorical times.

Owners Kevin and Wanetta Bright have studied and learned the history that surrounds their site, so they can properly educate others as well.

According to Kevin, the cave was named after the Smallin family, which settled in the area around 1852 during the Civil War after moving to the region from Tennessee.

Before this family, however, many others visited the site.

One person in particular was Henry Rowe Schoolcraft, a renowned geographer, who traveled and studied the life of Native Americans.

Schoolcraft journeyed to the Ozarks area sometime around 1818 looking for lead. Despite the Osage Indian tribe that resided in the area and the harsh conditions of Missouri, Schoolcraft survived the journey and dedicated his life to telling the stories of the things he saw.

This is the first documented visit to the cave, and his journal notes serve as eyewitnesses of what life was like before the Smallin Cave became the attraction it is today. His written works went on to be published and read by people all over the nation.

Since the time of its beginning, the cave was a place not only for protection, but for community and social gatherings. Kevin revealed that up until the 1940s and 1950s, people would meet in the cave to keep connected. Even in prehistoric times, animals used the same cave to gather together and socialize in their own way.

Smallin Cave continues to be a place of community, where people can learn the history that’s deep in the soil they call home.

“The history of the Ozarks is known by everyone,” Kevin said. “They just don’t know where it’s at.”

For instance, many may not know that Wild Bill Hickok saved Pip Smallin’s life, or that soldiers and baldknobbers alike have made appearances in the cave over the years.

Today, activities are available for guests to see and learn about the people who made these footprints.

There are three main caves, Kevin explained, which include a small cave that dates back more than 9,500 years, a cave measuring roughly 15 feet, and the infamous Smallin Cave.

The caves feature evidence of a colorful history through fossils, signatures of soldiers seeking refuge, and native American hieroglyphics.

Guided tour packages include a “one-hour tour,” “off-trail wild tours,” and the popular “lantern tour,” which is open during the autumn season.

The “off-trail wild” tours give guests the chance to be one with nature as they “adventure beyond the trail,” wearing headlamp helmets as their source of light and getting knee-deep in 54-degree water.

Guests can use the guided tours as a chance to hear about the details that lace the walls of the caves and how it formed the Ozarks known today.

Schools and classes can reserve spots on guided tours for larger groups, and kids can enjoy learning more about the Osage Indians with a trek through the woods, gemstone and fossil panning, and a hands-on learning experience.

If gathering isn’t restricted, other events are scheduled throughout the year for the public to enjoy.

Kevin said their kids and grandkids all work together as a family to keep the mission of the Smallin Civil War Cave alive, which is to “share the story of the people of the Ozarks.”

For more information on how to get involved and enjoy the history of the Ozarks roots, visit the Smallin Civil War Cave website.

The Bright family is ready to leave guests standing in awe of this region’s rich past. 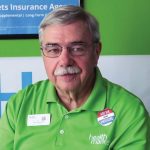 Growing Every Aspect of the Farm

« Increasing Value at the Sale
A Lifetime in the Industry »